In the 1930s, the Works Progress Administration began the construction of an amphitheater on Mt. Penn. The theater, of stone and mason work, is located on List Road, near the present Camps Lily but it has since been overgrown.

Below: Approximate location of amphitheater near Camp Lily. 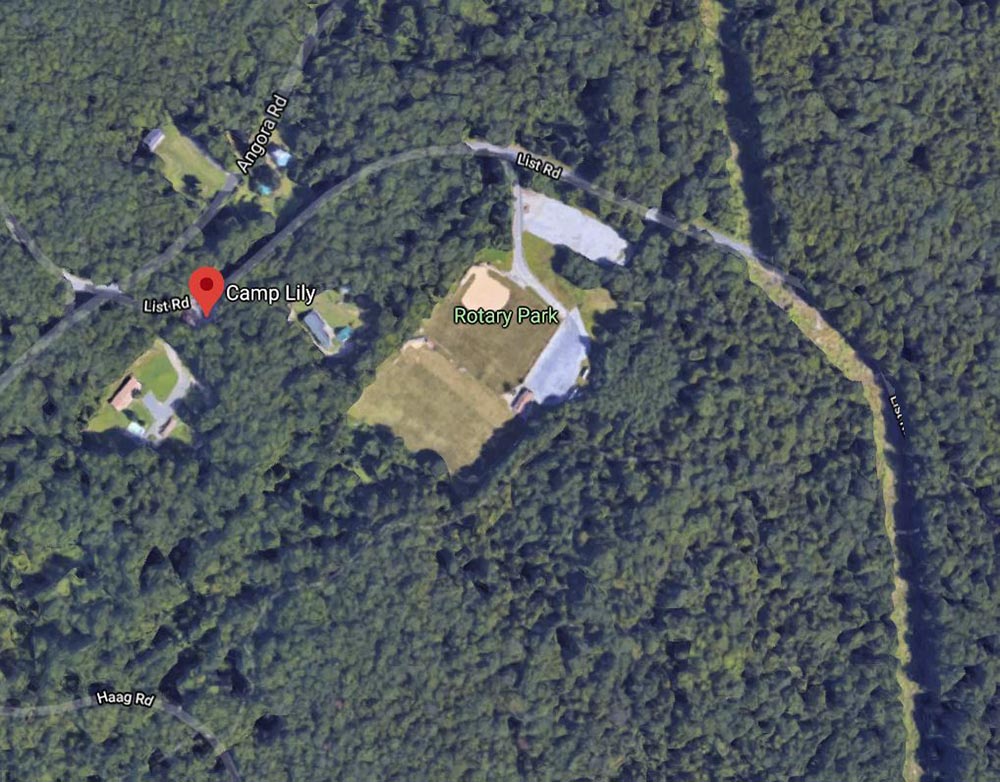 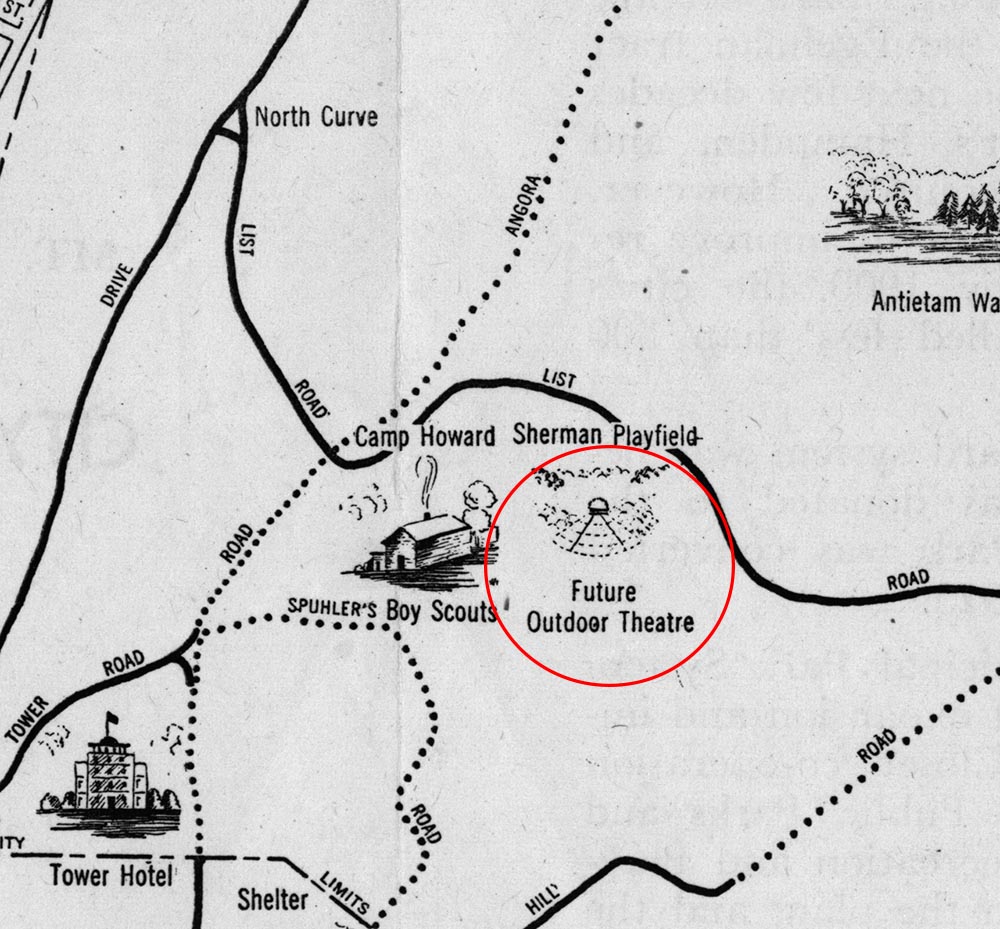 A memorial Amphitheatre to cover the quarry scars on the face of Mt. Penn was first proposed in 1932 by H. Van-Buren Magonigle, noted New York architect, to the Berks County Conservation Association after a complete study. In a report addressed to Attorney Harvey F. Heinly, president of the Berks County Conservation Association, and members of the organization, the architect outlined in detail his proposal.

“To create such a memorial amphitheater it was not necessary to do much more than utilize to the utmost extent the natural forms and materials at hand, reducing formal structures to the minimum. By removing the spur between the two upper excavations, by shaping the upper edge of the scar of a true line which would sweep down in a superb curve around the ends of a great oval greensward occupying the area of the whole quarry floor, by constructing permanent grandstands of concrete made of the waste stone from the site, by building a stage large enough for a great chorus and orchestra on the easterly side, by planting tall trimmed hemlock hedges against the rock wall of this side and around the ends, screening off dressing rooms and assembling place.”

Mr. Magonigle suggested that electrical lighting be used at night to illuminate the amphitheater to add to its beauty. At the quarry site, there was enough space for a full-size football gridiron, two baseball diamonds, 20 double tennis courts and four basketball courts. The size of the flat field available for play purposes measured 870 feet in length and 225 feet wide at the semi-circular grandstands at the ends of the oval. This amphitheater, Mr. Magonigle estimated, would provide seating space for 20,000 persons.

The grades of the mountainside are such, the architect declared, that directly below the amphitheater there could be provided a parking space to accommodate 800 automobiles. In addition, he pointed out the city owns three acres of land at the foot of the Buttonwood street reservoir which could be utilized for the same purpose.

A road by which the amphitheater and its parking space may be approached already existed. One road started up the mountain from the end of Walnut Street around the Peter D. Wanner residence at very easy and practicable grades and needing only to be widened a few feet and surfaced to make a safe two-way road of it. Where it passes above the Buttonwood street reservoir a parapet wall would protect the westerly edge. It had been suggested that an old wood road which ran diagonally down the mountainside toward Hampden reservoir could be developed as another means of access to the amphitheater, for it passes just below it and it could be connected with the parking space very easily.

Mr. Magonigle estimated that the cost of this memorial Amphitheater should not exceed $150,000, which “for so huge an undertaking is a moderate cost.”

In spring of 1965 quite a great deal of public attention was aroused when city officials “discovered” the unused amphitheater atop Mt. Penn.