Eleventh and Pike Playground was purchased from George D. Horst in 1928 for $100,000. Prior to the purchase, the George Horst Playground was used for ball games. The fence and grandstand were torn down and the site used for ordinary play purposes in 1929. The plot comprises the full block bounded by Eleventh, Twelfth, Amity and Pike streets.

Below: Old George D. Horst Playground and ballpark looking towards the southeast corner of 11th and Amity. The fence and grandstand were torn down after the City purchased the playground. 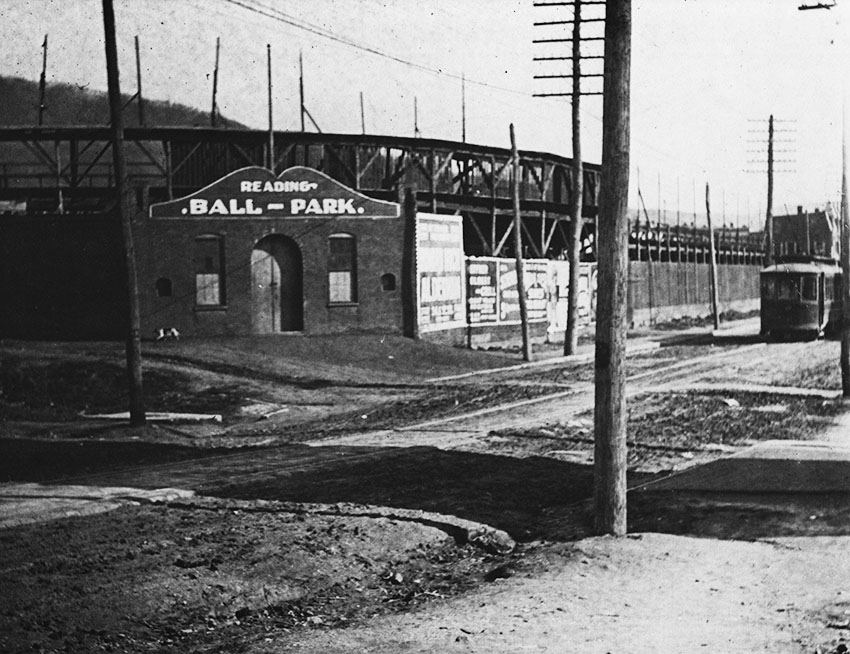 The purchase of the Eleventh and Pike playground was a pet project of Councilman James H. Maurer who lived only a few doors away from the playground. At the time it was bought he announced that he intended to construct a park, with baseball diamond, swimming and wading pools, tennis courts, community house, and tennis courts. A 10-year bond Issue was floated to finance the project.

Below is the arrangement of the playground at Eleventh and Pike streets as shown in a preliminary plan by Earle A. Pritchard, recreation director. The playground, which covers an entire city block, would contain a full-sized football field, a swimming pool, a small theatre and three tennis courts. The apparatus (swings, merry-go-round, see-saws, etc.) are shown along the northern or Amity Street side, the football field in the southwest comer, and the tennis courts and swimming pool on the east. To the north of pool would be the bathhouse. 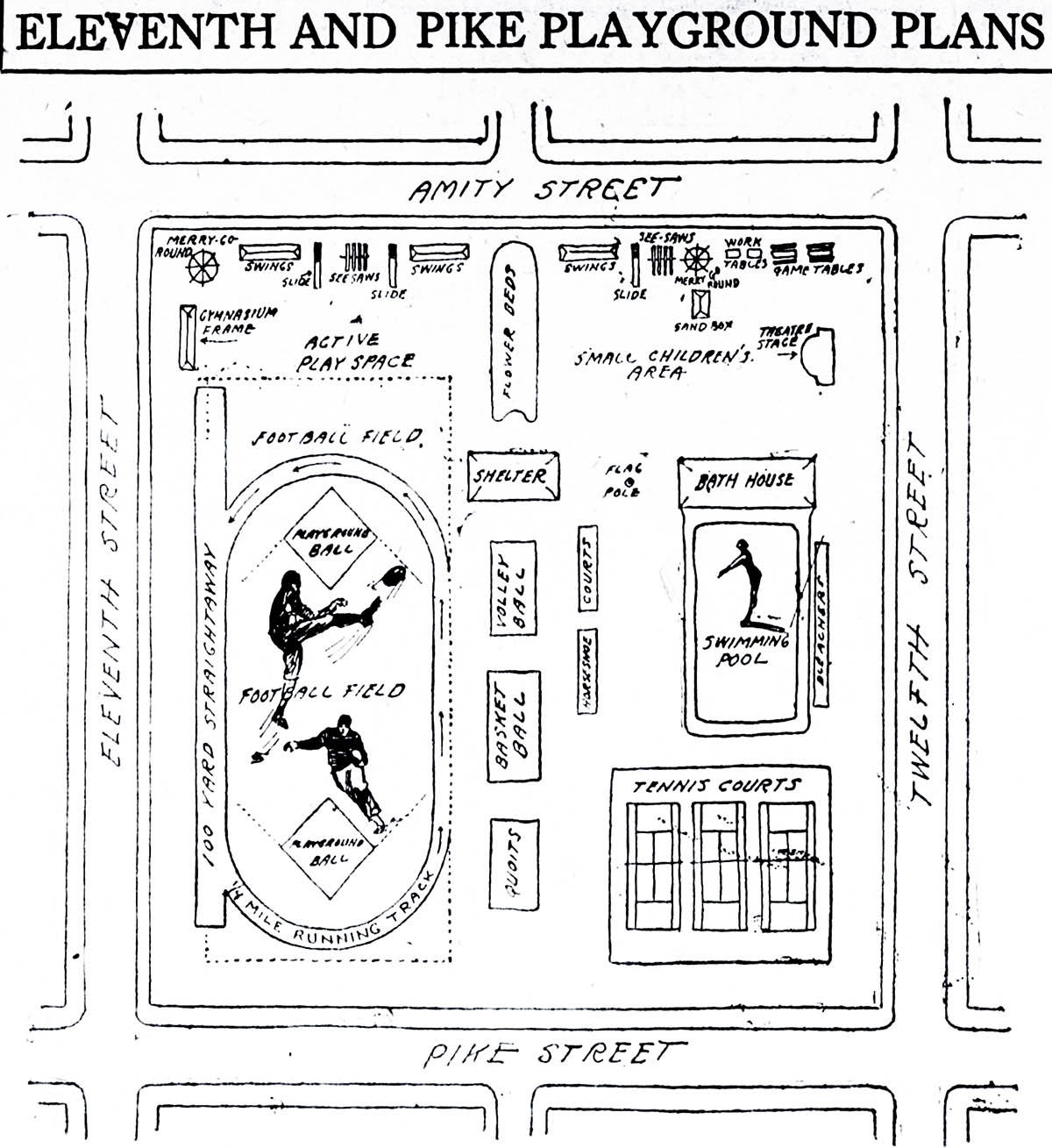 Work of grading Eleventh and Pike playground and of putting the ground in shape started in May of 1930. 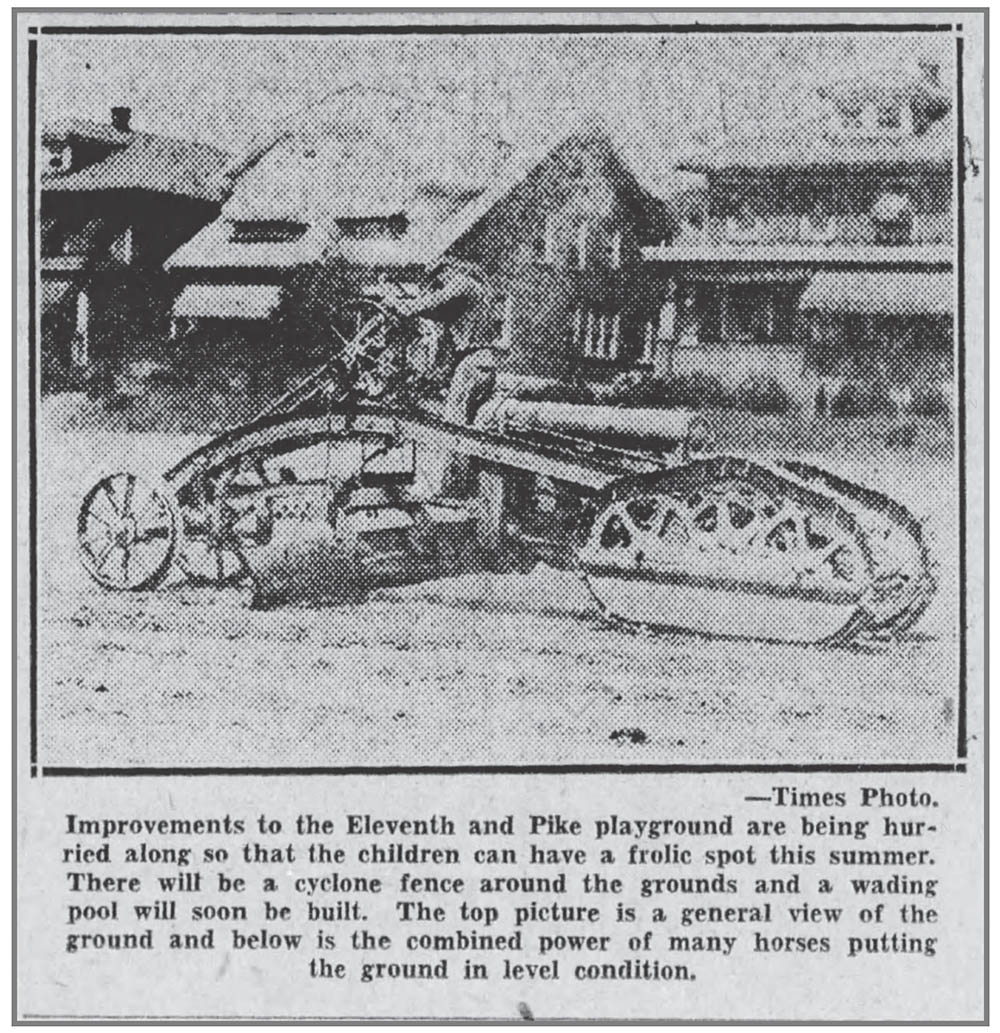 The Eleventh and Pike playground opened with extensive improvement already completed and with plans to equip the grounds with all modem playground features.

While the Cadet band played, Mayor J. Henry Stump turned on the switch that lit the floodlights and inaugurated night playground activities in Reading. To the strains of the “Star Spangled Banner,” a flag, donated by the Northeastern Community center was raised.

The completed playground consisted of a wading pool, three tennis courts, a $15,000 field house, new baseball diamonds, a new chain link fence, four large flood lights, and ornamental lights at the entrances. There were two big rooms in the field house, one for girls and the other for boys. In the basement there were showers, lockers and a large room for storing playground equipment. There was also a room for the playground leaders.

The work was the biggest undertaking ever attempted by the recreation department at that time.