This Centre Park Historic District is located to the south of Charles Evans Cemetery, between Centre Avenue and North Fifth Street, and includes all the east-west streets between Greenwich and Robeson Streets. It is one of the largest historical districts in the City and possesses an unusually high concentration of unadulterated architectural and historical sites. 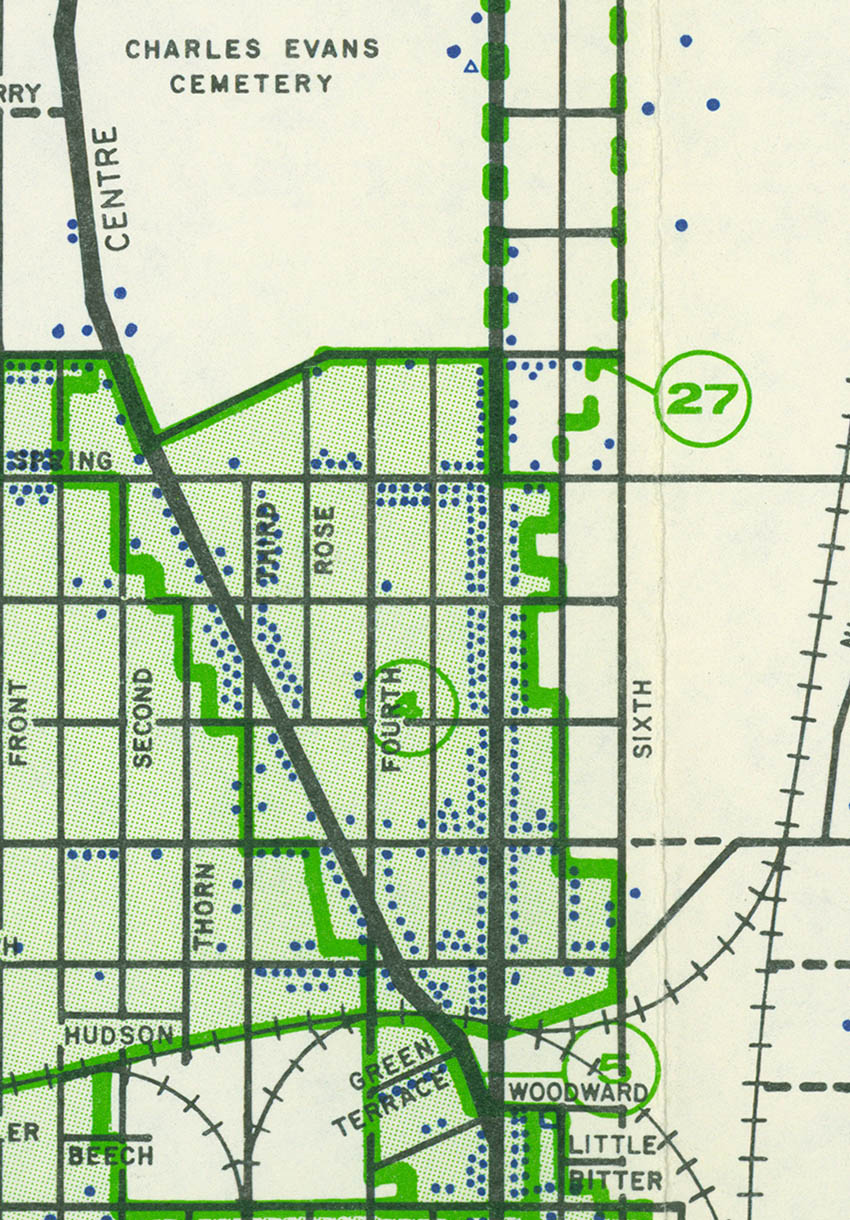 In the 1870’s, housing development had as yet not occurred in this area except for some row housing for railroad workers located on Church Street. Sparsely populated farmland stretched northward to Charles Evans Cemetery and beyond.

In 1874 two occurrences spurred the development of the area. The Philadelphia and Reading Railroad opened its main passenger train station, known as the ‘Outer Station,’ located north of Woodward Street on North Sixth, immediately beyond the Askew Bridge. That same year, Reading’s first horse-drawn trolley was established by the Reading City Passenger Railway Company, providing public transportation from Penn Street to the Outer Station via North Sixth Street. These two events heralded the expansion of northwest Reading: by the 1880s and early 1900s, the area had become the City’s most exclusive suburb.

The neighborhood is almost entirely residential in character, with Queen Anne and Victorian Romanesque style rowhouses most evident. High aesthetic quality and fine workmanship can be observed on these three-story mansard-roofed, stone façade rows. Many of these townhouses were designed as unified architectural composites, often with finial-topped, conical turrets and alternating dormer designs jutting beyond their mansard roofs. Nearly all of these Queen Anne rows have handsome bay windows, fine colored and beveled glass transoms and doors, and luxurious interiors. Most of the streets in this district, especially the east-west thoroughfares, have well kept front and back yards and are lined with mature Norway maple trees.

Generally, the large, three-story Queen Anne rows are located on the main thoroughfares, while the homes on narrower or ‘half’ streets were constructed on a more modest scale. Semi-detached homes, or twin homes as they were known in the earlier part of the century, in the Gothic Revival style, are also well represented. These homes have steeply pitched gables and Eastlake porches, and are almost exclusively built of brick.

A large boulevard comprised mostly of mansions constructed between 1870 and 1930, exemplifying various architectural styles, made Centre Avenue the showplace of the district.

In Reading’s earlier history, the ‘social register’ neighborhood had been concentrated on North and South Fifth Streets, close to Penn Square. By the 1880’s, Centre Avenue had become an area for residential development by the affluent. They lived in splendid mansions built and designed, in most instances, by local contractors and architects. Such eminent families as the Sternberghs, the Fricks, the Quiers and the Wilhelms resided on Centre Avenue as did professional men including Frank S. Livingood, a well-known attorney who held large tracks of land in the area.

Some of the finest examples of architectural styles popular between the 1870’s and 1930, in their ‘purer’ form, can be found on Centre A venue. The original Sternbergh mansion, located at 620 North Fourth Street (at the juncture of Fourth and Centre Avenue), is one of the best and most beautifully preserved examples of the Second Empire style mansion in the City. Its splendid convex slate mansard roof topped by delicate iron cresting, its stone quoins and window lintels, and its encircling porch make this home one of the architectural gems in the district. 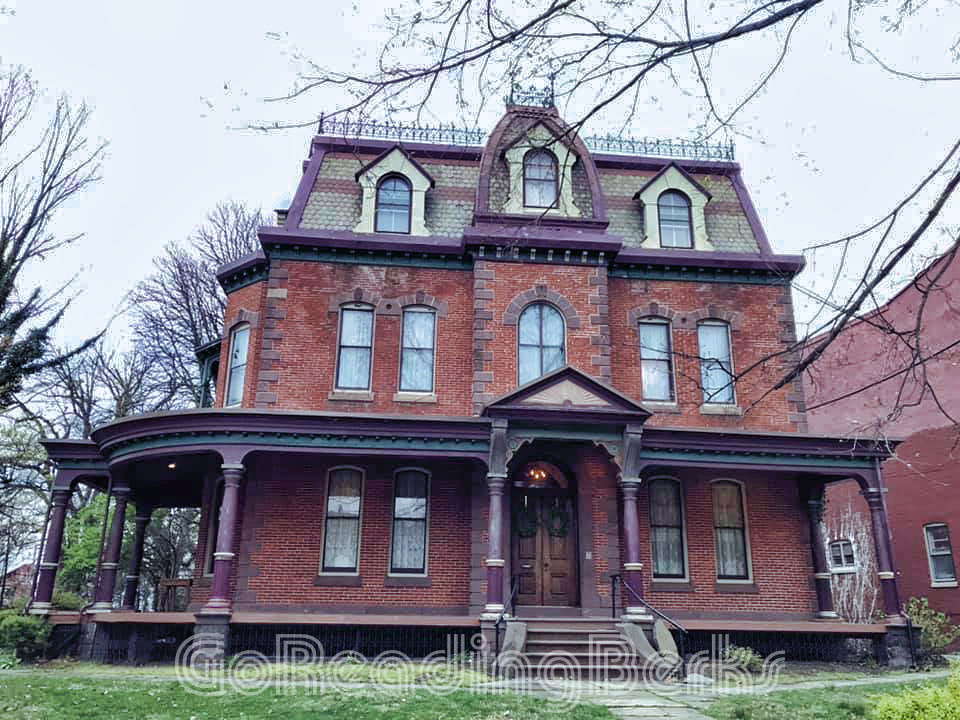 Although this area of the City boasts the largest concentration of Queen Anne rows, the Matthan Harbster mansion, located at 742 Centre Avenue, is one of the rare examples of this style as a detached dwelling. Typical features of the style are the tower with its slate conical roof and dormers, the classic pedimented porch, the asymmetrical composition, and the various textured materials of the façade: brick, stone, and wood shingles. 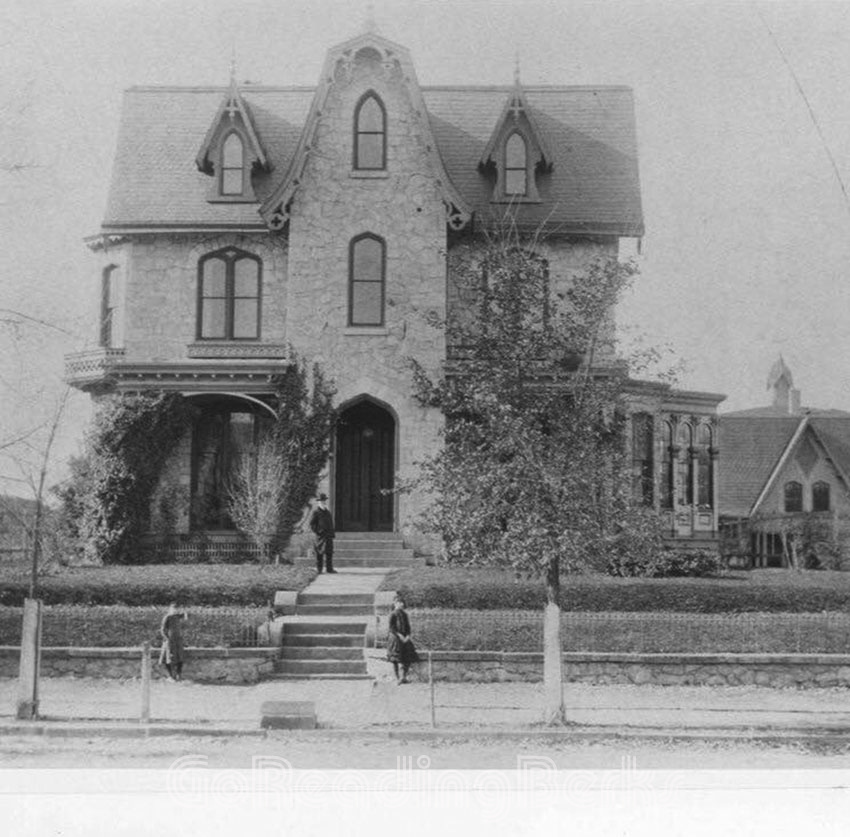 Rich in historical and architectural heritage, diversified in architectural styles, elegant in its streetscapes, and complemented by a tree-shaded and landscaped park, the Centre Park Historic District remains one of Reading’s most urban neighborhoods.