Generally situated to the south of the Lebanon Valley Railroad between Schuylkill Avenue and North Second Street, the Ricktown Historic District extends south to the vicinity of Washington Street. The neighborhood is basically residential in character, although much of the residential development occurred between 1860 and 1880, to provide housing for workers of the industrial and commercial enterprises located in the area.

Below: Boundaries of Ricktown Historic District highlighted in red (#6). 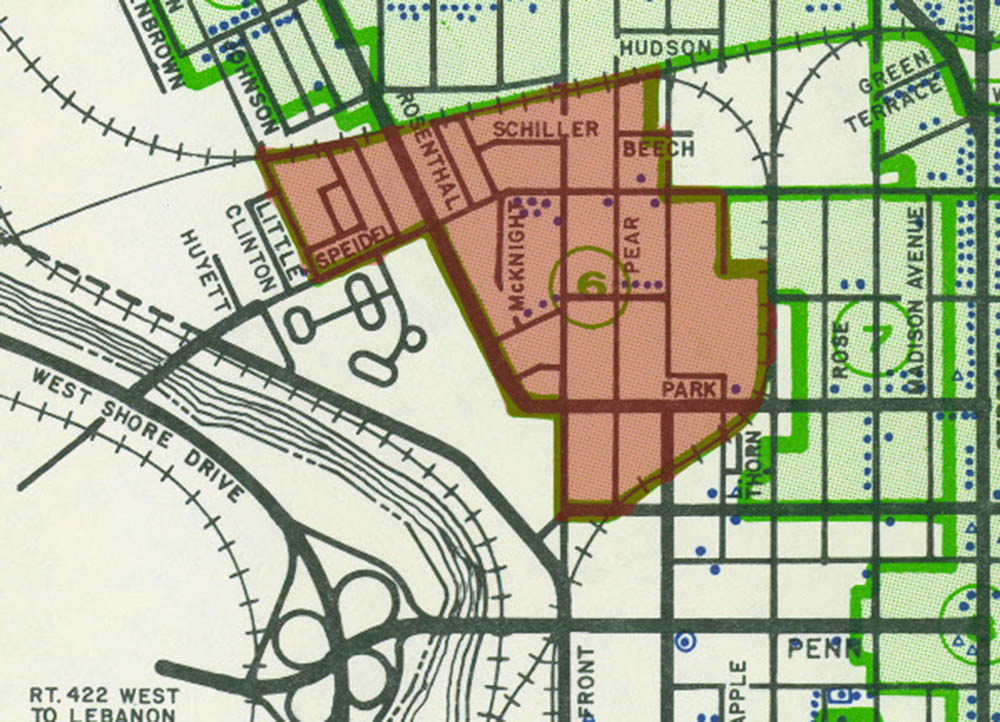 These early businesses included paper mills, breweries, hardware firms, and in later years, knitting mills. One of the earliest businesses to appear in this area was Lauer’s Brewery. Some years later in the late 1860’s, the Rick Brothers Hardware Works located their manufactories on the edge of this district’s boundaries at Third and Buttonwood Streets.

The district was essentially devoted to industrial activities and became residential only on its western boundaries in the late 1850’s in a section of the City called Ricktown. It included such streets as Jefferson, Hamilton and Hockley (now West Elm Street). By the 1880’s, Ricktown was fully developed and inhabited by a mostly native German population. The entire district did not become fully developed until the late 1880’s. Workers lived in two and three-story brick row houses amid the industrial activity. As in nearly all other parts of the City, the more modest two-story gabled houses are situated on half-streets while the larger and more substantial rows in the Reading-German Stick Style and Mansard Style line the main thoroughfares. Many fine examples of these styles can be seen either as row houses or as semi-detached dwellings. For examples, in the 100 Block of Elm Street, semi-detached homes retain their original brick facades, wood stenciled cornices, and Eastlake porches. This particular part of Elm Street, bounded by Lauer’s Park Elementary School on the east and by North Front Street on the west, gives a strong sense of place. This is also true of McKnight Street in the 300 Block as well as Pear Street and North Second from Buttonwood to Elm. This may be due to the uniform scale of the rows and of their styles, and because the center of the district is removed from heavily trafficked streets.

Lauer’s Park Elementary School is situated on the east side of North Second Street near Elm Street on the former site of Lauer’s Brewery. This well-known business stood as a complex of buildings which, aside from its actual brewery functions included, in a park-like setting, a band stand, dancing hall, and a hotel. The entire enterprise was constructed on a promontory which today as then overlooked a spectacular vista of the City and its skyline to the east, and a view of the Schuylkill River, farmland, and forests to the west. 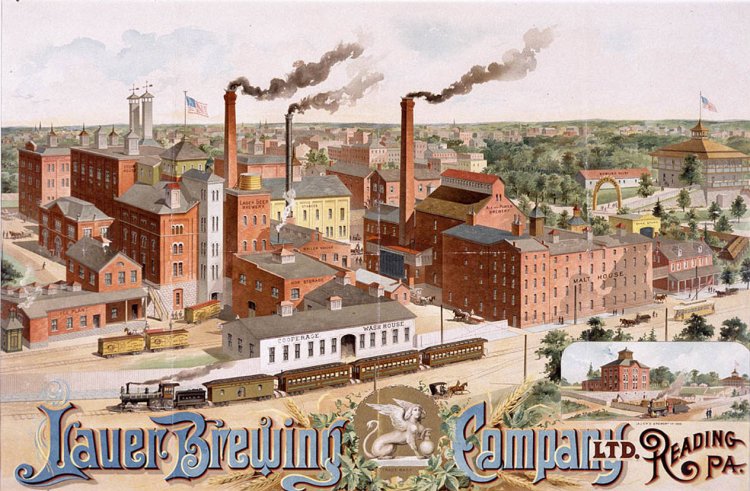 Franklin P. Lauer’s mansion, erected in 1889, at 237 Walnut Street, was built on the south side of Lauer’s Brewery complex below the aforementioned promontory. Although the three-story brick structure has been neglected for many years, its grandeur can still be seen today. Still intact are the building’s bracketed cornice, stone window lintels, stained glass transoms, and the large, slate mansard roof which has retained its delicate wrought iron roof cresting. The interior of the building was lavishly appointed. 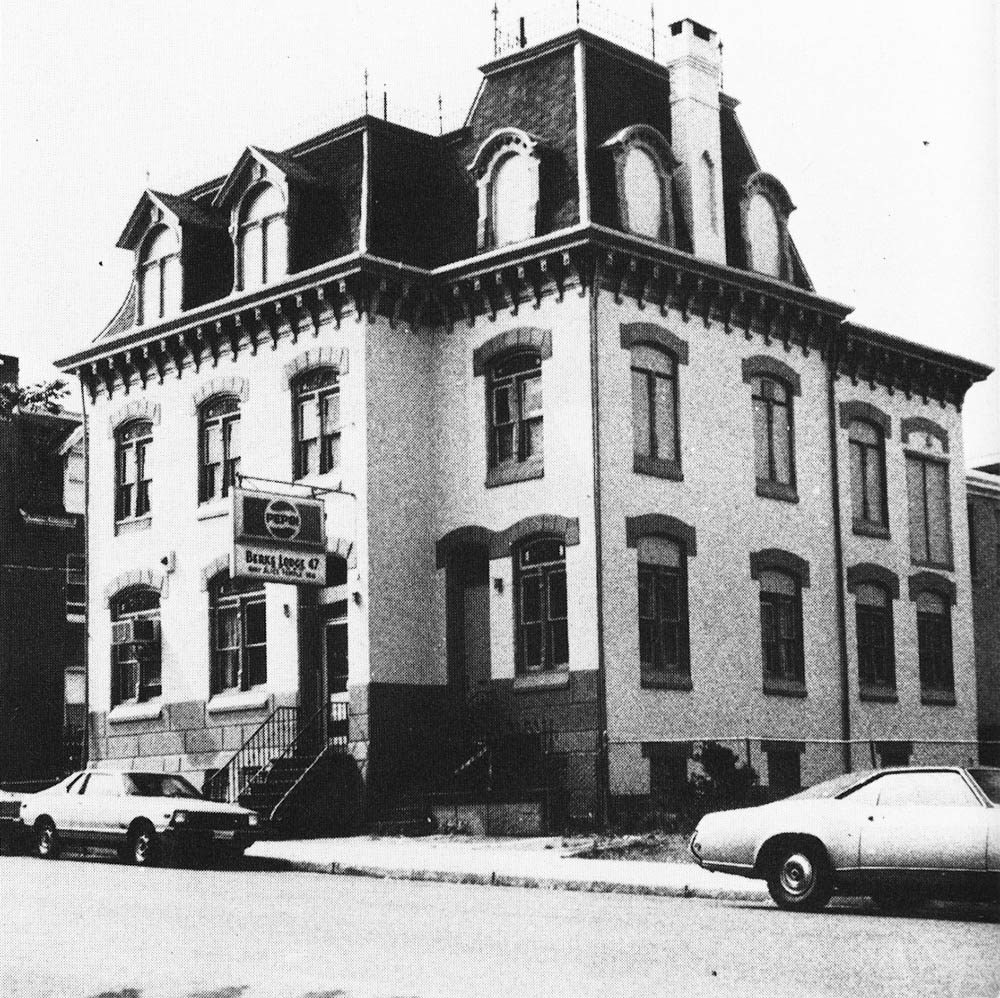