Dreamland Park was a small amusement park located on Pricetown Road in Ruscombmanor Township, Pennsylvania. The park, which was a short drive from Reading, was operated by Ralph Kreitz, a man who ran many illegal gaming establishments in the 1930s and 40s. The park only featured a band theater, a roller rink, a midget car race track, a few rides and picnic groves. The couple had driven to a location along Skyline Drive that overlooks Reading, PA during the early morning hours of August 13th. It was there that two Pagan gang members entered Eckert’s car and forced him to drive to a train station in Leesport. They then abandoned Eckert’s car and forced the two into a box truck owned by the motorcycle gang. It was in the truck that the two gang members along with two other gang members took turns raping the girl as they drove around the dark Pricetown roads. At approximately 2 a.m., the four gang members returned to Dreamland Park and forced the two teens into the woods. Just inside the woods, Eckert was shot to death and Sheckler was beaten to death in the head with a rock. The bodies were hastily covered by rocks and debris by the gang members.

On October 23rd of 1969, the police finally found the bodies of the teens in the woods around the park after an exhaustive search. The case went to trial in 1970 and two of the bikers, Leroy S. Stoltzfus Jr., 21, and Robert Martinolich, 22, were convicted of murdering the teens during two separate trials. Both claimed innocence. Stoltzfus and Martinolich both received life sentences in separate state prisons. On March 28, 2010, Leroy Stoltzfus died at the Select Specialty Hospital at Conemaugh Memorial Medical Center in Johnstown. Stoltzfus was 61 and had served 40 years in prison. Officials said that he had been hospitalized for a lengthy period prior to his death and died from natural causes. In 2007, Robert Martinolich asked for a new trial, claiming his lawyers, Clement Cassidy and Joseph Nelabovige, both of Reading, did not investigate the case thoroughly and struck plea deals with co-defendants who testified against him. A new trial was denied. Robert Martinolich is still serving his life sentence at the State Correctional Institution – Laurel Highlands in Somerset, PA.

The other two bikers who were involved, James M. Eways and Harlin E. Bailey, were not charged for the murders because they turned state evidence against Stoltzfus and Martinolich. They were, however, charged for raping Sheckler, but the charges were eventually dropped for lack of evidence.

The discovery and investigation made major headlines here and far beyond. A novelist and a D.C. police detective wrote “The Dreamland Park Murders” that details the entire tragedy and its aftermath. It’s something of an anomaly that as well known as the park had been between 1939 and its ignominious closing in the mid-1950s, little appears in print, and precious few photos survive to document its active years despite the fact thousands attended outings and entertainments there. For a period it rivaled Womelsdorfs Himmelreich’s Grove for fans of hillbilly and western music.

Indications are the park opened on a modest scale in 1939, as on Oct. 21, 1939 it was reported that the Lone Star A.C. basketball team, formerly the Dreamland Park team, “is reorganizing for the coming season.” This is the first reference found in regard to the park’s existence. Alton Kreitz, brother of racketeer Ralph Kreitz, bought the former farmstead in 1938. While the two worked together to develop the 17-acre park complex, Ralph chose to remain in the shadows. Ralph’s specialty was gaming in the form of pinball machines, punch boards, slot machines, and vending machines. High-stake poker games were not uncommon at the park-but never out in the open. In government testimony following the IRS confiscation of the property in 1956 for unpaid taxes, Ralph claimed his brother owned the land but he built the structures and acquired the amusements featured there.

The best description of what existed at Dreamland Park was included in an inventory prepared for public sale of the complex: “The park has 26 heated buildings, including five dwellings (which survive). There is a 267-by 94-foot auditorium with an air conditioned theater which seats 1,880 persons comfortably…or 2,200 otherwise! The auditorium also contains a 68-by 88-foot dance hall. There is a stage and dressing rooms in the theater section. There is also a circular carousel building, 70 feet in diameter (in ruins on the property), without a merry-go-round in it.” Near the entranceway there was a small miniature-auto race track.

Below: Aerial photograph of Dreamland Park from the late 1960s. 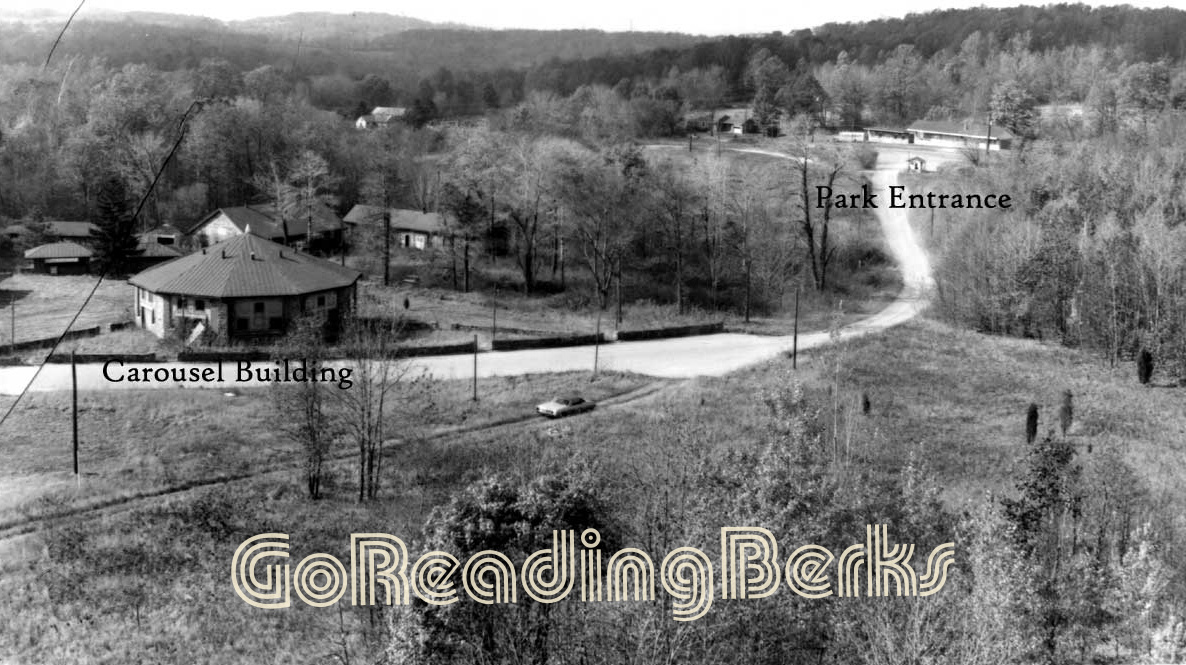 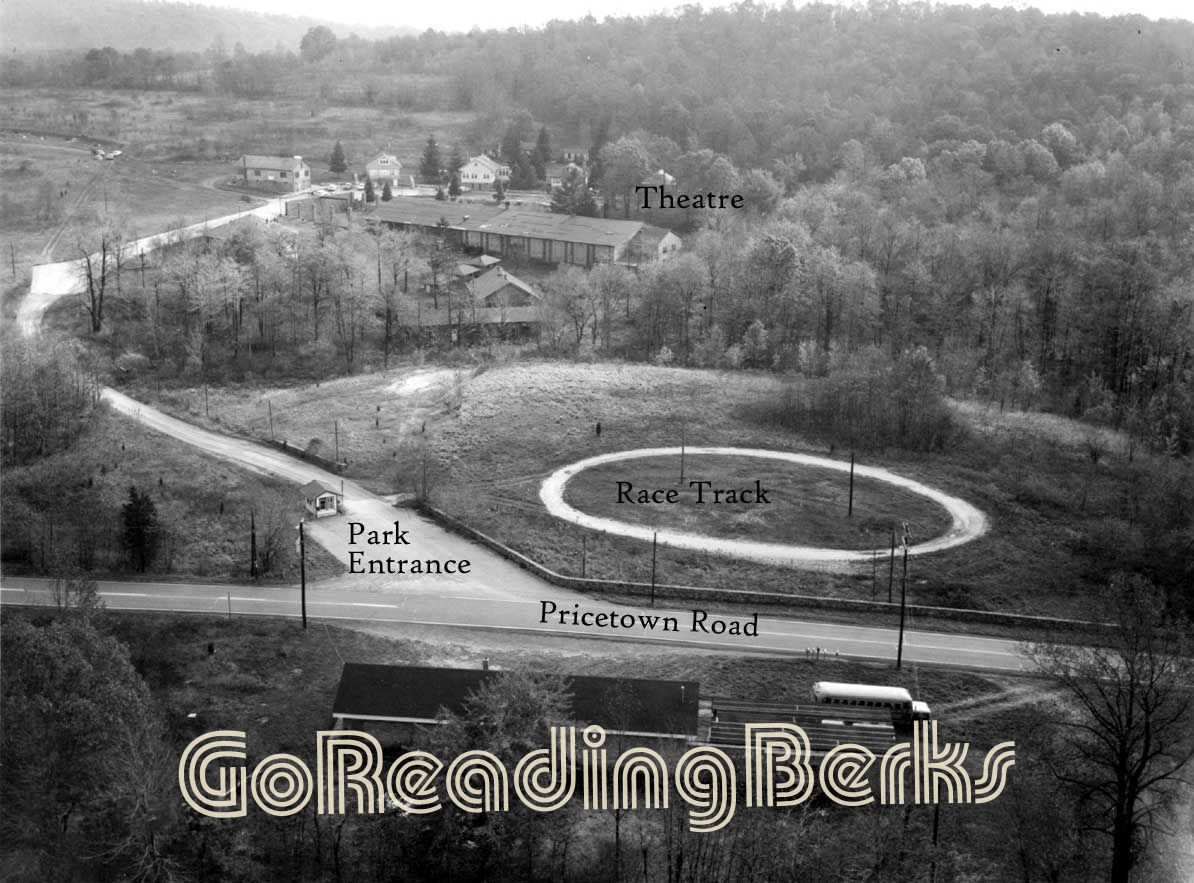 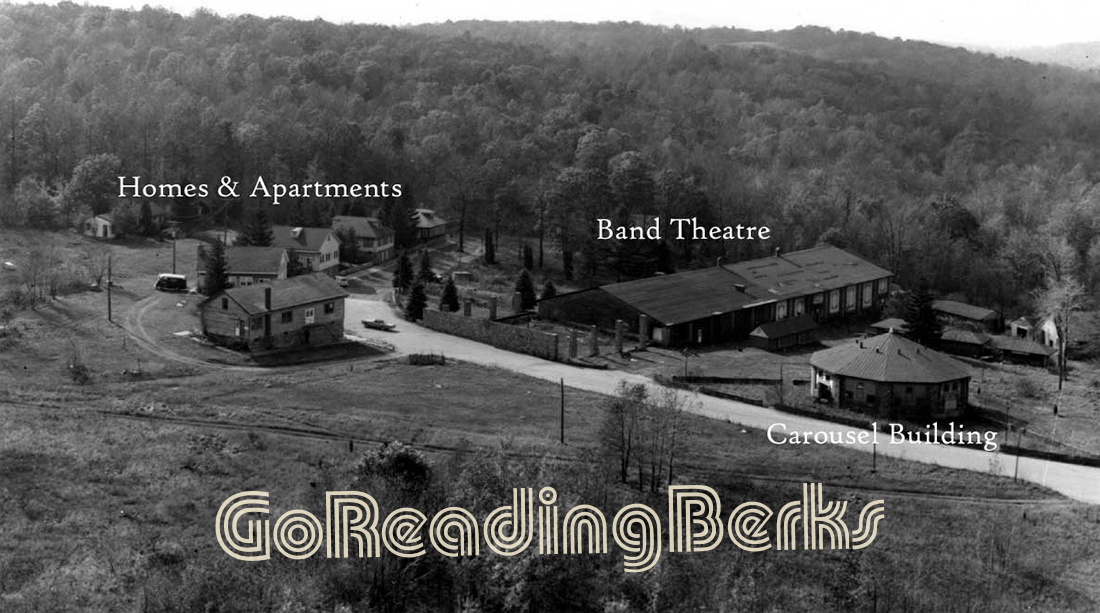 After the Dreamland Park incident, James M. Eways became a prominent businessman in the Reading area and was president of Mast Engineering Inc. located on Fifth and Walnut Streets. In the early nineties, Eways moved into a former chapel converted into a house located in Wernersville. The chapel, built in 1890, was part of the old Grand-View Sanatorium grounds in South Heidelberg Township. The chapel was the source of local folklore and frequently attracted teenage curiosity seekers. The chapel and a nearby meat locker were rumored to be haunted. The meat locker, the name locals gave to an old cold cellar in the mountains above Wernersville, was the source of a number of haunted tales. It was once used to store food for the Grand-View Sanatorium in South Heidelberg Township. Legend speaks of a man who chopped up five bodies and hid them in the cavernous cellar along Grandview Road.

In the early morning hours of June 15th, 1996, five teens were driving up and down the street outside Eways’ home shouting threats and obscenities. The teens also shined a flashlight into Eways’ windows as they drove by. During the fourth drive past Eways’ home, Eways suddenly emerged from between two pillars in front of his house, squared off to face the slow-moving car and took careful aim with a .357 Magnum handgun. Eways fired two shots at the car. One shot went through the passenger window of the teens’ car and hit 17 year old Michael A. Abate, III in the head.  The teen died about 20 hours later in the hospital. The surviving teens admitted they had been drinking alcohol and smoking marijuana and were harassing Eways about 2 a.m. after going to Grandview Road to view the old meat locker.

Below: Michael A. Abate, III Dimitriou successfully argued to have the September 1996 trial moved to Erie County because of the extensive publicity of the case and Eways’ association with defendants convicted of the double murder in Dreamland Park in 1969. On October 1, 1996, after seven hours of deliberations, the Erie County Court jury acquitted Eways of first and third-degree murder, voluntary manslaughter and aggravated assault. He was convicted of involuntary manslaughter and five counts of recklessly endangering another person. Eways was ordered to state prison for 2-to-5 years as a result of the verdict, the maximum sentence for involuntary manslaughter. In addition to the jail sentence, Eways was ordered to serve 10 years of probation, two years each for convictions on five counts of recklessly endangering another person. The judge allowed Eways to remain free on $300,000 bail pending an appeal of his conviction, but Eways was imprisoned September 3, 1998 when his appeals were exhausted. Eways spent the entire five years in prison and was released in September of 2003. If you travel Pricetown Road in Ruscombmanor Township, you will see the road sign marking “Dreamland Park Drive.” The park is littered with “No Trespassing” signs. Old stone walls are overgrown with moss and trees. The centerpiece of the park is a giant carousel, reclaimed by nature.