Few people know that a Boy Scout Camp once existed on Mount Penn. Camp Howard was a 26-acre campsite located on List Road on the top of Mount Penn in the City of Reading. 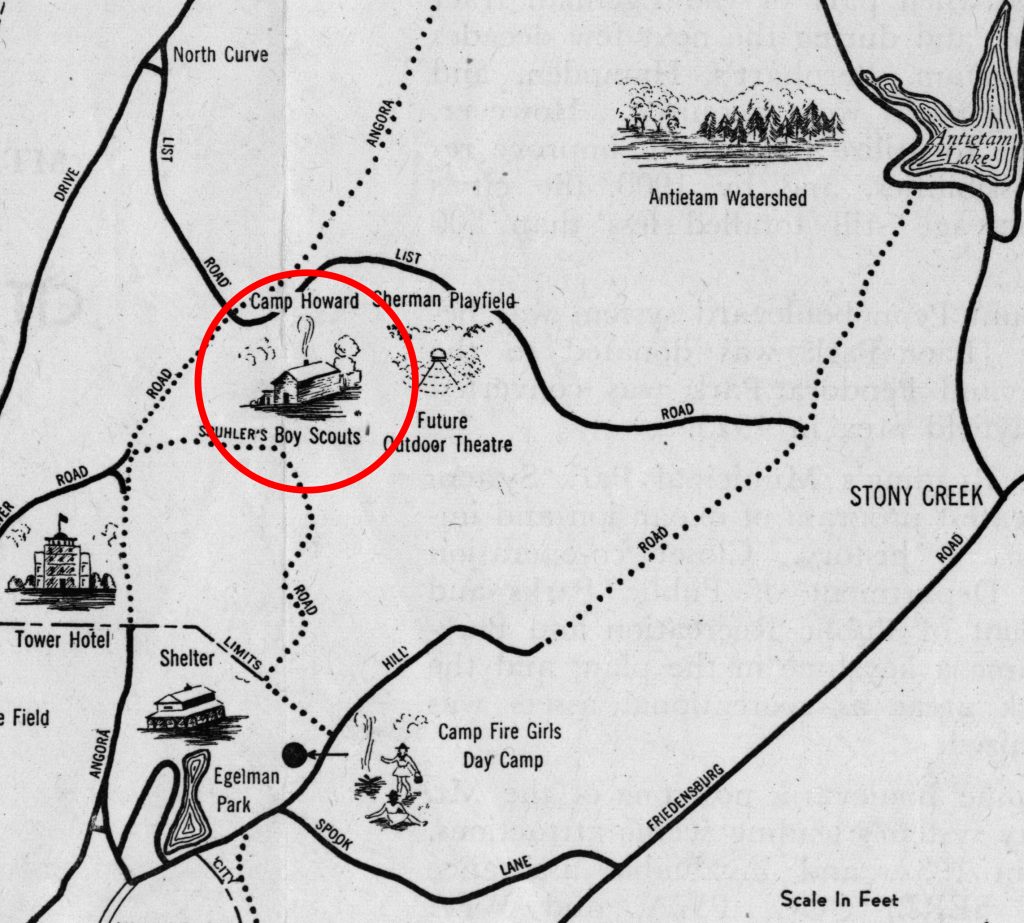 Records indicate that Scouts began using the city-owned land in 1918, and, in August 1936, the Reading-Berks County Council newsletter, The Scout, ran the following report.

Before a group of several hundred Scouts, Scouters and friends, a 26 acre campsite on the on the top of Mt. Penn was recently turned over by Councilman George M. Yocum of the City of Reading to the Scouts of the Reading-Berks County Council. The plot was named Camp Howard in honor of Frank H. Howard, the first President of this Council.

An old log house which stands near the center of the site was built in the time of William Penn and, it is said, is mentioned in the deed which covered the first transfer of this land.

Great expanses of rolling meadows, flanked by groves of trees and woodland offer many fine campsites for Scouts wishing to go on overnight hikes. The Council has engaged a Ranger who lives in the historic cabin and who in addition to helping the Scouts to enjoy the facilities of the camp, will also issue overnight camping equipment to Troops or Patrols which have obtained permits for it from Headquarters.

Order of the Arrow records indicate that 38 Scouts were initiated to the Ordeal Honor, and eight to the Brotherhood Honor at Camp Howard in September 1936. Ron Beard recalled that the OA stored costumes and other items in the cabin until they could be moved to a facility at Camp Shikellamy, and Robert Loeper recalled attending Camporees at Camp Howard in the 1930s.

Below: Members of Hyde Park Troop 2 of Holy Guardian Angels pose beside the totem pole at Camp Howard in 1937. Below: Members of Hyde Park Troop 2 of Holy Guardian Angels reach Camp Howard for fire building and cooking in 1937. 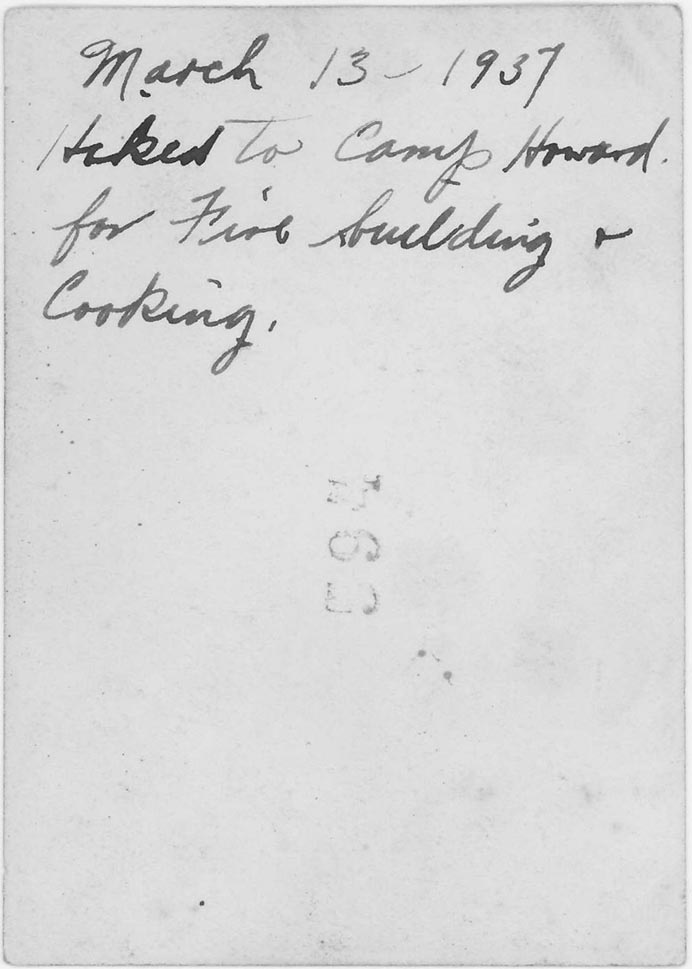 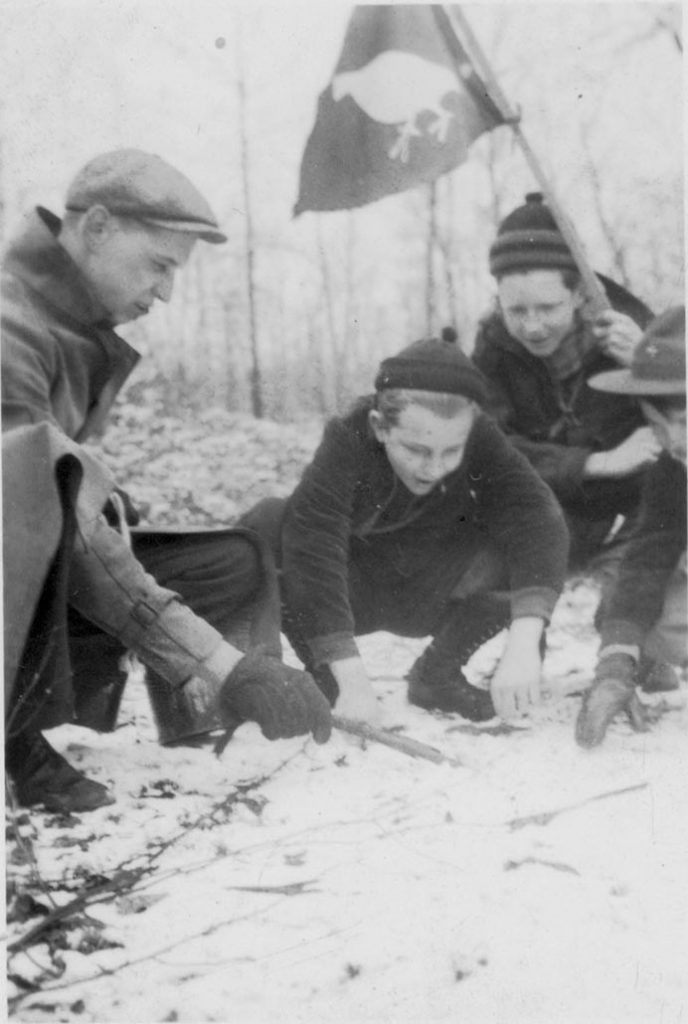 In May of 1950, the same year that Camp Shikellamy was purchased, Scouts prepared the Conestoga Wagon tents that they took to that years Jamboree at Valley Forge in the Order of the Arrows Minsi Lodge near Camp Howard.

Below: Members of Hyde Park Troop 2 of Holy Guardian Angels at the 1950 Boy Scout Jamboree at Valley Forge Park, King of Prussia. In 1958, Minsi lodge was used for Daniel Boone Councils three-phase leadership training courses. Sometime after that, Minsi lodge burned down, resulting in the loss of many items for the OA.

Camp Howard went largely unused for some years, until, in the late 1970s a Boy Scout named Chris Bemis studied the area and devised a plan to create a functional multipurpose park as part of his Eagle Scout requirements. Today, Rotary Park is a multipurpose athletic field and park, used for the enjoyment of youth and adults of Reading and its environs.