The city of Reading is bounded on the west by the Schuylkill River, on the east by Mount Penn, and on the south by Neversink Mountain. Overlooking the city on Mount Penn are two landmarks, a Japanese-style pagoda, and the William Penn Memorial Fire Tower; one mile from the Pagoda on Skyline Drive. Neversink Mountain, though quiet and relatively undisturbed now, once had its own distinctive landmarks.

Below: Schuylkill River at Poplar Neck in this view from the South Lookout on Neversink Mountain. Neversink Mountain is south of the city. It is not quite as high as Mt. Penn, but overlooks the valley for miles to the southward. The graceful curves, where the river bends like an S, are distinctly seen. The point which extends to the north is known as “Lewis’ Neck” and that to the south is “Poplar Neck.” It is these two necks that are especially noted for the Indian relics that have been found there.

The first inhabitants of the mountain were the Lenni Lenape clan of the Deleware. Neversink Mountain derives its name from the American Indian word “navasink,” meaning “at the promontory.” A promontory is a prominent mass of land that overlooks lower lying land or a body of water.

Before the dam projects of the nineteenth and twentieth centuries, shad, hickory shad, and blueback herring ascended the Schuylkill River from the sea to the Pottsville area to spawn. Fishing was especially good in the deep, narrow, fast-flowing sections of the river through Manayunk (the Piedmont Upland) and below Neversink Mountain (the Reading Prong). Indian settlement, colonial diet and transportation are themes related to this resource. The Lenni Lenape Indians depended on the river for fishing and hunting and built their fishing settlements along the river.

The earliest commercial venture on Neversink Mountain was the Whitehouse Hotel which was built in the late 1830’s or early 1840’s one mile from Penn Square near the crest of the hill on Neversink Road.

From about 1880 to 1930 Neversink boasted about five hotels, a sprawling entertainment complex called Klapperthal Pavilion, and the Neversink Mountain Railroad which ran on the mountain from 1890 until 1917.

The Highland House, built in 1884, was the first hotel on Neversink Mountain. The hotel was erected at the head of 13th Street by Joseph Ganser, who was the owner of a bar at 26 North 6th Street. The Highland House Hotel was handsomely furnished and contained a dancing pavilion and band stand. A wide veranda ran all around the structure. Attached to it was a large open-air beer garden which became popular when an incline railway was put into operation. Incline railroad cars were pulled by cable from South Street to the hotel on the western peak. The building, which was largely modeled after the big summer lodges at Manhattan Beach, Long Island, was five stories high, including the basement, and was constructed entirely of timber. Its dimensions were 365 feet by 40 feet, with a 14-feet-wide piazza surrounding the entire structure, thus giving patrons a splendid promenade 800 feet in length. A stone observation pavilion was constructed at the western end of the promenade.

In the basement was the kitchen, bar room, billiard hall and shuffleboard alleys. The first floor contained a large parlor, assembly hall, reception room, dining room, office, and 12 bedrooms. On the second floor were 50 bedrooms while the third and fourth floors each contained 52 bedrooms. Thus there were a total of 166 bedrooms. The hotel opened to the public on June 15, 1892.

In 1890 Moses Graeff, a Reading brewmaster, bought 120 acres of mountain land. In 1892 he built the Centennial Springs Hotel. Prior to the time of the hotel, the land was known for its vineyards. Klapperthal Pavilion was built by the P&R Railroad Company in 1892. It was constructed of red sandstone and frame and had a large dance pavilion about 360 feet long. There was also a baseball diamond nearby. Shows and other entertainment were held there. Able to accommodate 2,000 persons, the Klapperthal Pavilion claimed the largest dance floor in Pennsylvania in its day.

The last place to be used as a resort on Neversink Mountain was the Glen Hotel. The hotel had a large dance pavilion and for years was owned and operated by Charles Dengler of Mount Penn. Along its route were the Klapperthal Pavilion, the Glen Hotel, the Neversink Mountain Hotel, Moses Graeff’s Centennial Hotel, Lover’s leap, Point Lookout, and Observation Curve. From Point Lookout one could see five counties – Berks, Montgomery, Chester, Lebanon and Lancaster. From the other side of the mountain, Schuylkill, Dauphin, and Northampton counties could be seen. Several roadbeds of the old railways are very visible today. The trolley line shut down in September 1917, and did not reopen in 1918 as America fought in World War I. By that time people were using automobiles rather than trolleys to drive out into the country to a multitude of new places for picnics, dances and other diversions.

Eventually, the resorts and picnic groves faded into obscurity either because of the lack of financial success, the closing of the trolley line, or by fire.

The Klapperthal Pavilion was demolished in 1903. In 1906, stone from its foundations was used to build the Romig house that still stands at 33rd Street and Neversink Road in Reiffton.

The Neversink Mountain Hotel was destroyed by fire on September 29, 1905. The fire started in the basement and spread so rapidly that within 10 minutes the entire building was in flames. Three strangers were said to have been seen walking through the woods when the flames first broke out. The fire evidently started on the porch outside at both ends of the structure and broke into the building. Only the stone walls of the basement story and the brick wall on the north and the tall brick chimney in the center of the hotel remained.

In 1907 the Centennial Springs Hotel, which was never a financial success, was purchased, by Reverend Monsignor George Bornemann, pastor of St. Paul’s Catholic Church, Reading, PA, and donated to the Berks County Tuberculosis Association for use as a Tuberculosis Sanitarium. Tuberculosis was a huge problem at the time. The association built an addition to the 19-room hotel to help meet the demand. In all, there were rooms for 57 patients at the mountain sanatorium. With no cure for the disease many people opted to spend their final days in the resort like settings of the TB Sanitariums. This voluntary quarantining, more than any other factor, helped stem the spread of the disease. By 1932, as problems with tuberculosis diminished, the sanatorium was closed. The county could not find a buyer for the sanatorium, and the building was destroyed.

On October 25th, 1930, the Highland House Hotel, which was not occupied for more than 15 years, was destroyed by fire. Persons living at the foot of the mountain claim they heard three loud explosions just before the flames shot into the sky. Fire officials believed the fire was intentionally started since there were no electric wires, stoves, or anything in the building which might have started the blaze.

On September 27, 1931, the Glen Hotel, which became the Glenwood Country Club when prohibition arrived, was destroyed by fire.

In 1966, the Reading Automobile Club proposed the construction of a scenic drive on top of Neversink Mountain. In a letter to Berks County commissioners, John S. Giles, club president, said development of a new mountaintop scenic drive would give Reading an attraction “which could not be compared with any similar road in our country.” The scenic drive was to connect on the east with Route 422 and on the west with the Reading Bypass. Today, a few signs of the mountain’s past development, including some stone foundations, remain.

The wine cellar and pond are all that remain of the Centennial Springs Hotel. The pond was once the source of water for the hotel. This wine cellar doorway is partially blocked by a rockslide. Ruins of the Neversink Mountain Railroad are also strewn across the mountain.

Since 1974 Neversink Mountain has remained relatively quiet, and so far at least, free of large-scale development. Currently, Neversink is a patchwork of public and private land. The Berks County Conservancy owns nearly 500-acres of Nerversink that connects trails from one end of the mountain to the other. The rest is privately owned. The Berks County Conservancy continues to invest much time and resources to ensure that the 900-acre Nerversink Mountain remains an open space for the benefit of the city residents that visit the mountain for the enjoyment of future generations.

Below: Image Gallery – Ruins and remains on Neversink Mountain – Touch or Click Images 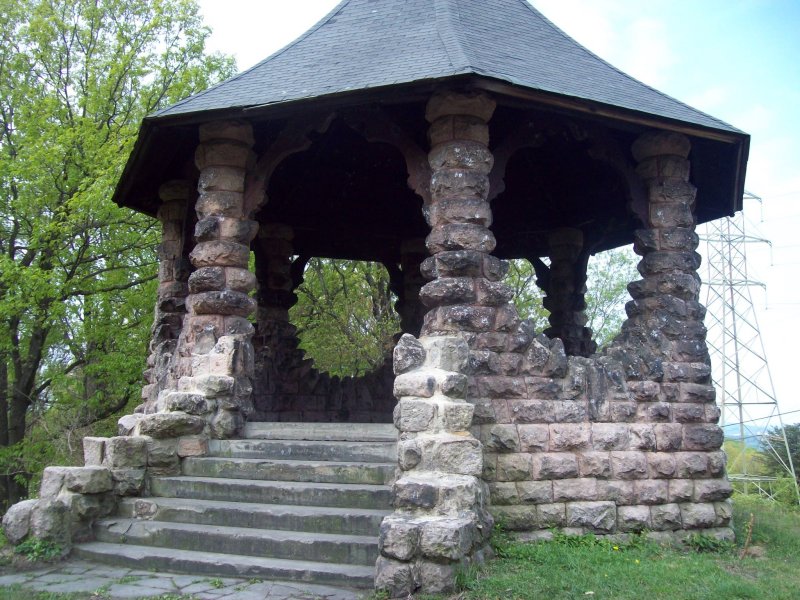 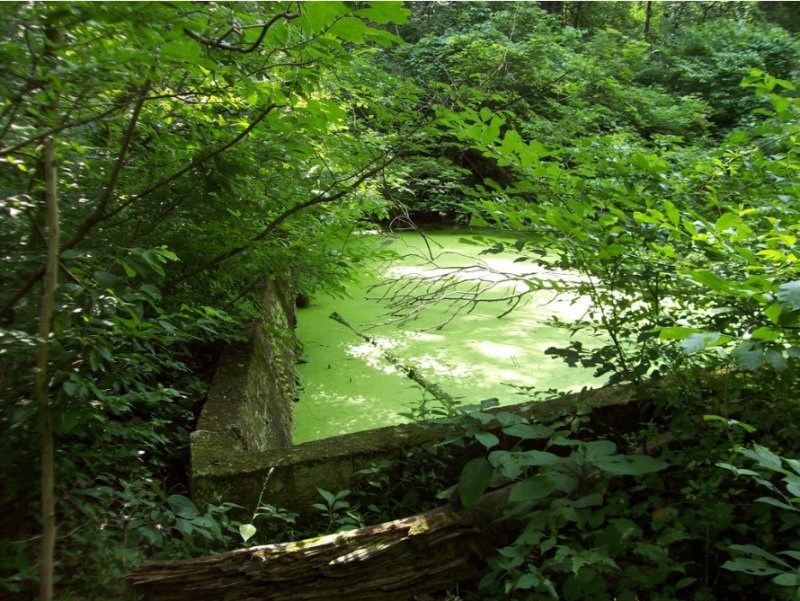 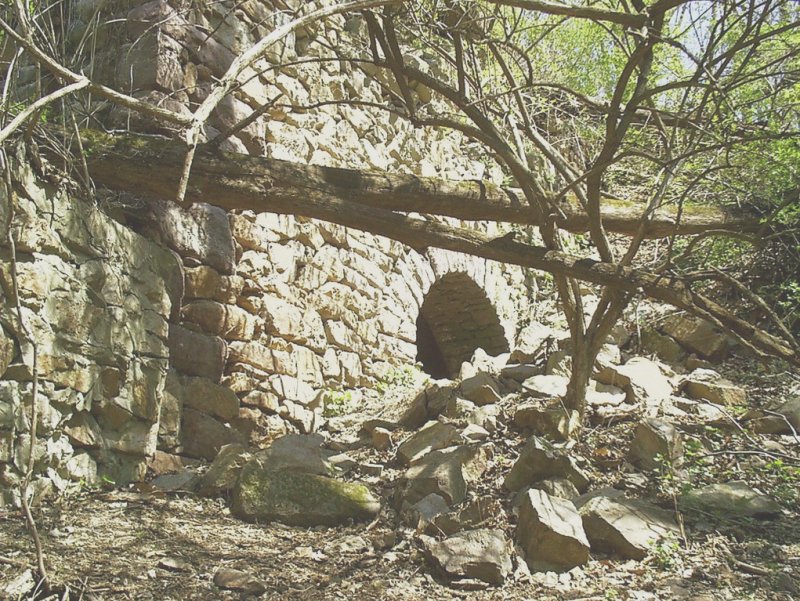 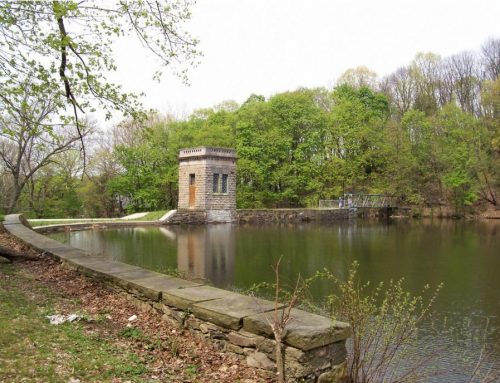 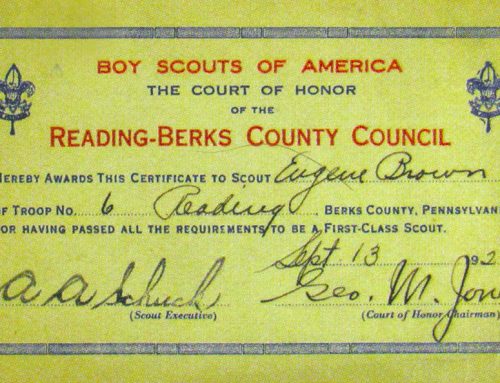 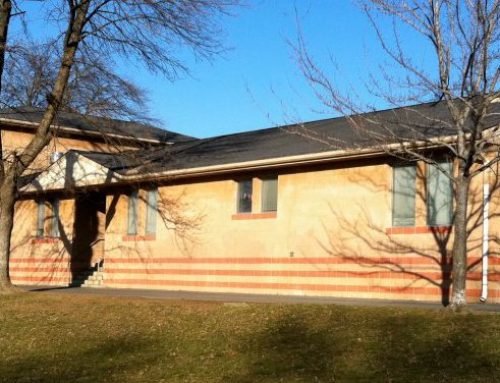 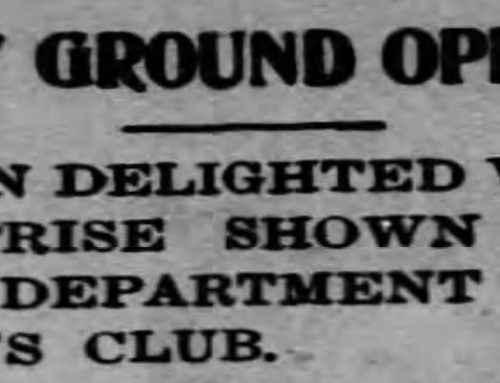