The 1960s and 1970s were marked by the effect of Federal urban renewal programs upon the City. Although it later became fashionable to criticize the effects of the wholesale demolition and, reconstruction that these programs sponsored, there is little doubt that Reading gained some clear benefits. Large areas of old, dilapidated and dense development in the downtown area was cleared and replaced with new structures or surface parking.

In the 1960s, citizens were complaining about the apparent lack of progress in the Court Street Project which resembled a bombed-out area in a war zone.

These improvements helped to facilitate service access to the rear of Penn Street properties. The Court Street project also helped to promote the development of Washington Towers, Plaza Madrid, the WEEU Building and eventually the Chiarelli Plaza parking garage. 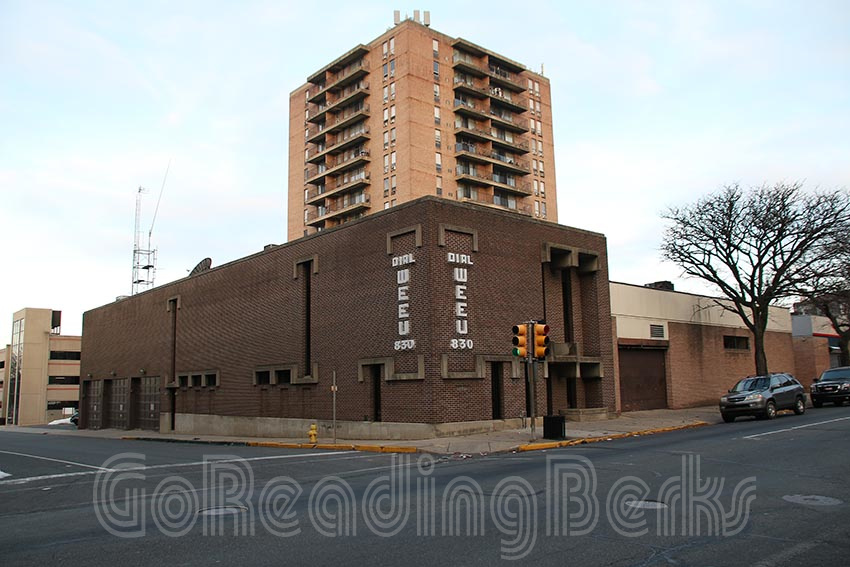 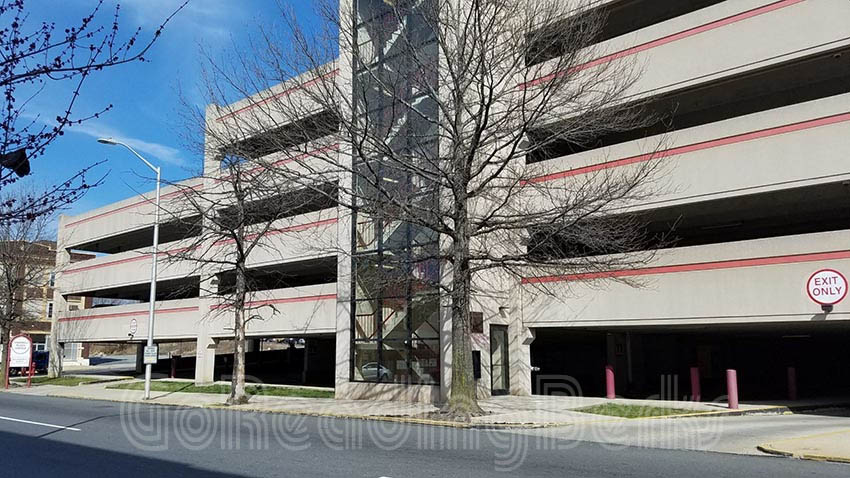 The Cherry Street Project provided land for the Fourth and Cherry Streets Garage, off-street parking in the 600 block of Cherry Street, the South Penn Garage, Franklin Plaza, and the Rhodes and Eisenhower residential high-rises. 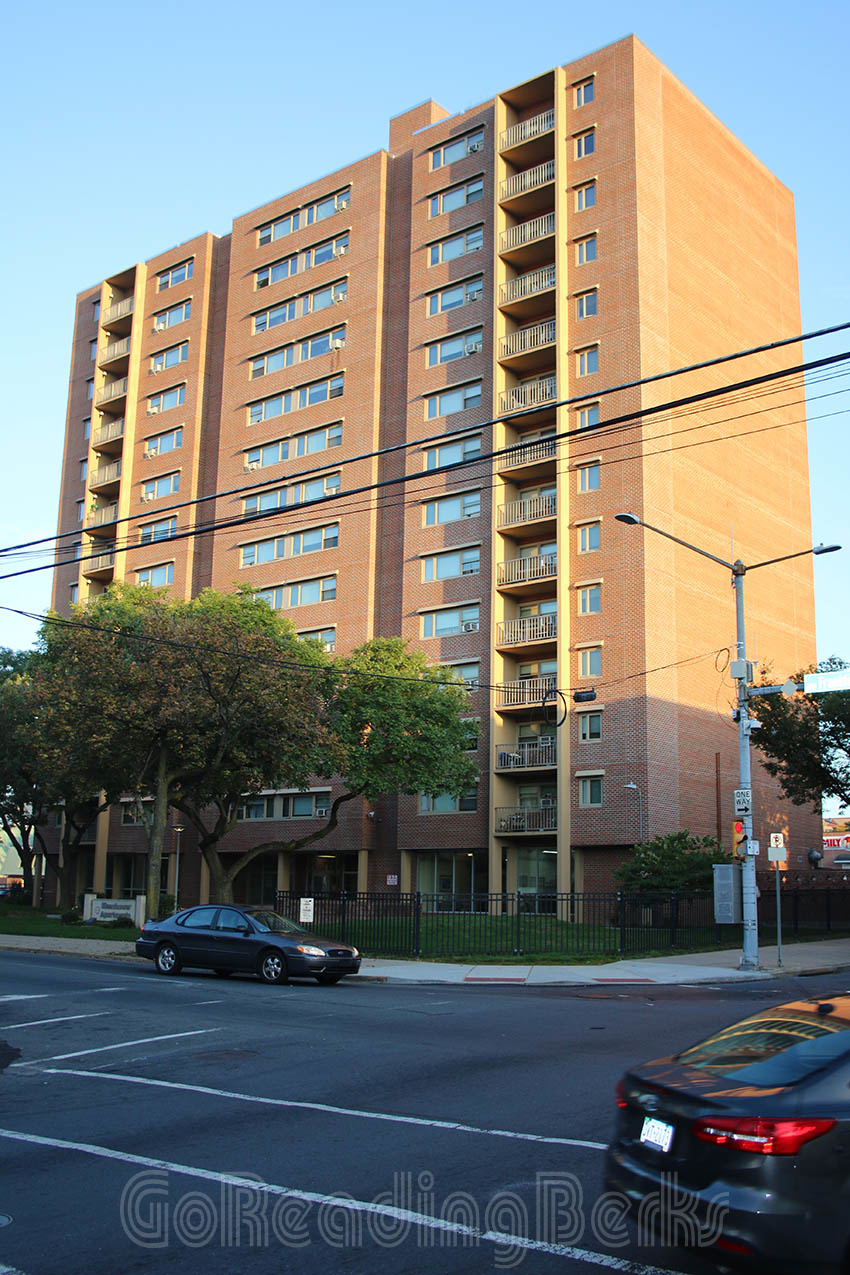 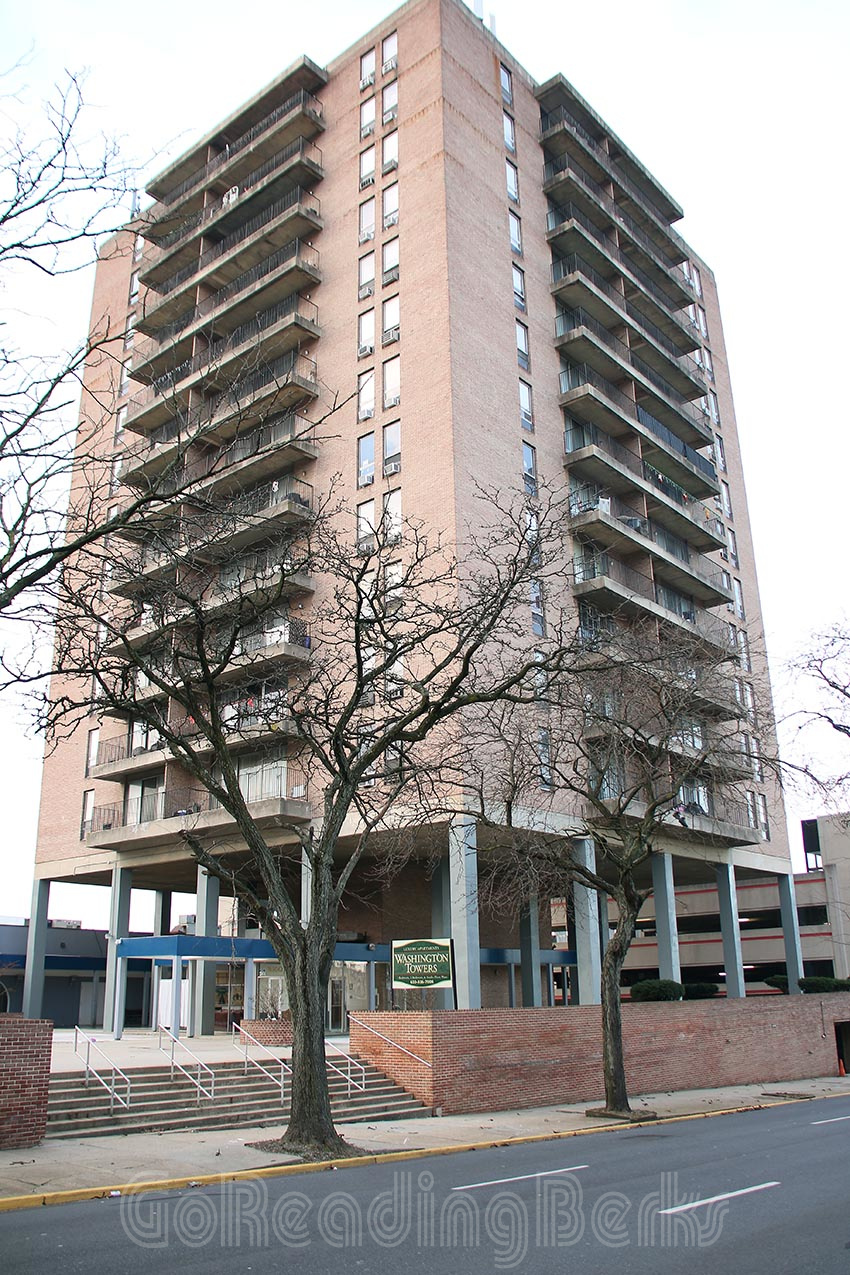 Abdul Malik purchased the Washington Towers apartment building in 2017 with hopes of filling the retail space.

The Stepping Stone Academy Child Care Center of Reading now fills the retail space at 50 North Fourth Street. A new A-Plus convenience store at the corner of Fourth and Washington Streets opened on Dec. 15, 2020 filling more retail space. Ruth Flores, property manager, said that a banquet facility at the site of the former “Plaza Madrid” is also in the works. The banquet facility is scheduled to open in 2021.

Below: A-Plus convenience store at the corner of Fourth and Washington Streets opened on Dec. 15, 2020. 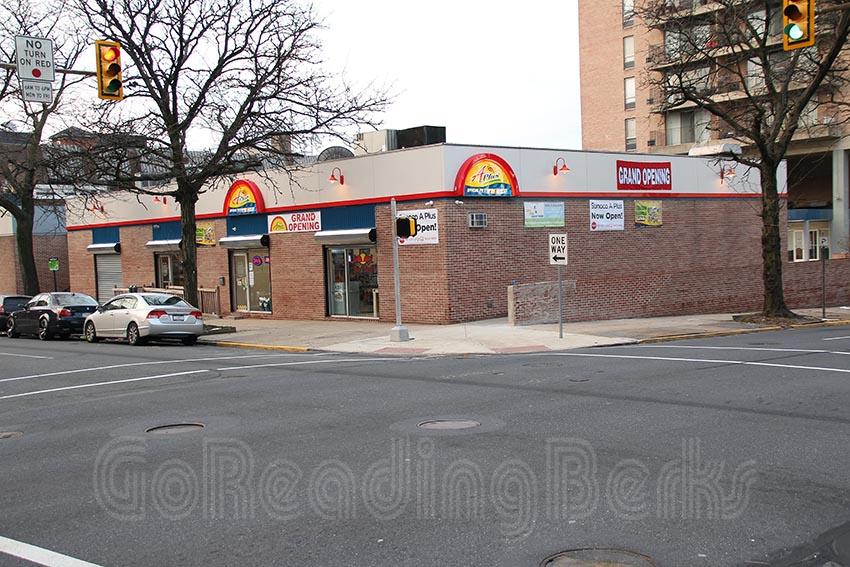 The 58,000 square foot office building at 5th and Washington, built in 1964, was refurbished by the Shuman Development Group and completely gutted back to its steel frame in 2008. By 2010, the building had been refurbished into one of downtown Reading’s finest office locations.

Below: Office building at 5th and Washington Streets. 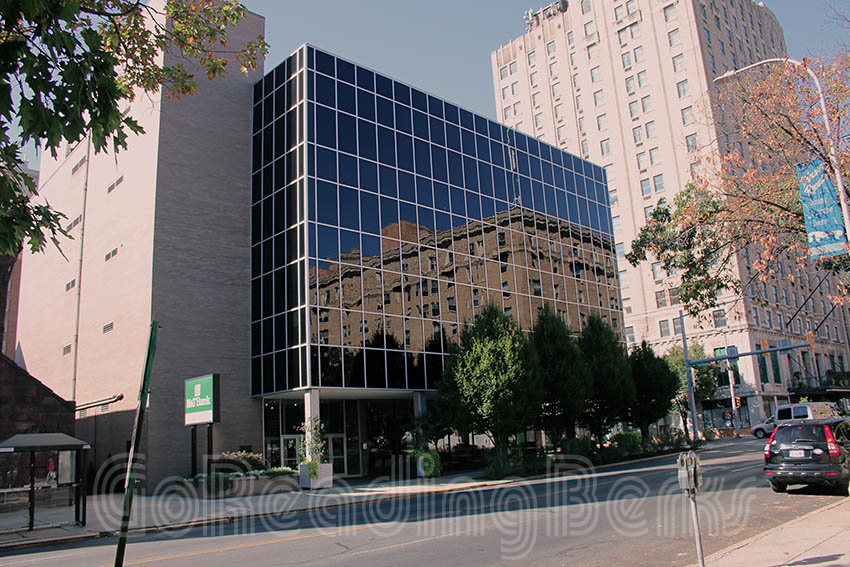 This website uses cookies to improve your experience while you navigate through the website. Out of these, the cookies that are categorized as necessary are stored on your browser as they are essential for the working of basic functionalities of the website. We also use third-party cookies that help us analyze and understand how you use this website. These cookies will be stored in your browser only with your consent. You also have the option to opt-out of these cookies. But opting out of some of these cookies may affect your browsing experience.
Necessary Always Enabled
Necessary cookies are absolutely essential for the website to function properly. These cookies ensure basic functionalities and security features of the website, anonymously.
Functional
Functional cookies help to perform certain functionalities like sharing the content of the website on social media platforms, collect feedbacks, and other third-party features.
Performance
Performance cookies are used to understand and analyze the key performance indexes of the website which helps in delivering a better user experience for the visitors.
Analytics
Analytical cookies are used to understand how visitors interact with the website. These cookies help provide information on metrics the number of visitors, bounce rate, traffic source, etc.
Advertisement
Advertisement cookies are used to provide visitors with relevant ads and marketing campaigns. These cookies track visitors across websites and collect information to provide customized ads.
Others
Other uncategorized cookies are those that are being analyzed and have not been classified into a category as yet.
SAVE & ACCEPT
%d bloggers like this:
Go to Top