On Decembers, 1928, Catherine Burns opened The Rosedale Variety Shop at 1505 Elizabeth Avenue. The business was quite successful, in no small measure due to Catherine’s outgoing nature and well-chosen stock. In 1950, the old store was razed and replaced by one three times the size of the original; at that time the enterprise was renamed Burn’s Department Store.

The new store was enlarged twice, in 1955 and 1959. Catherine Burns died in 1960. Her sister-in-law, Rachel Burns, and nephew, Gerald F. Burns, succeeded her. In recent times, due to changes in shopping patterns brought on by the proliferation of shopping malls – and the fact that Burns’ location was admittedly “off the beaten path” – a decision was made to close. This occurred on Saturday, April 27, 1991. Burns’ was missed by many, especially around Christmas, as they carried a toy selection that was the envy of the biggest stores in the county. “If Burns’ didn’t have it, nobody had it!’’ 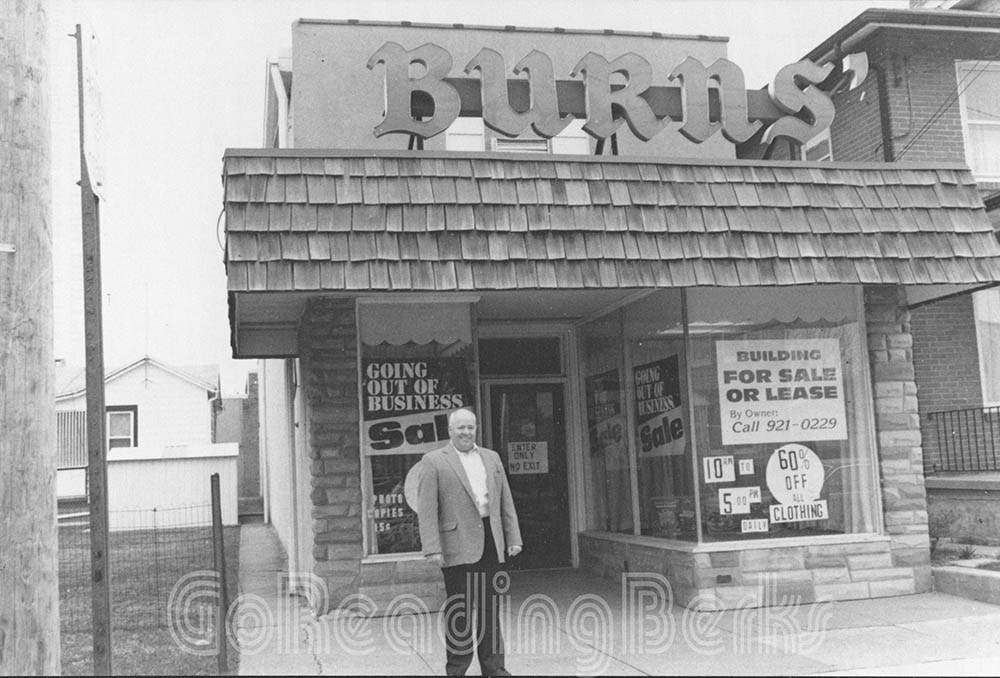