The Reading Foundry, at 7th & Chestnut Streets, once housed the Philadelphia & Reading Railroad heavy duty shops prior to 1904.

Below: The Reading Foundry, at 7th & Chestnut Streets. 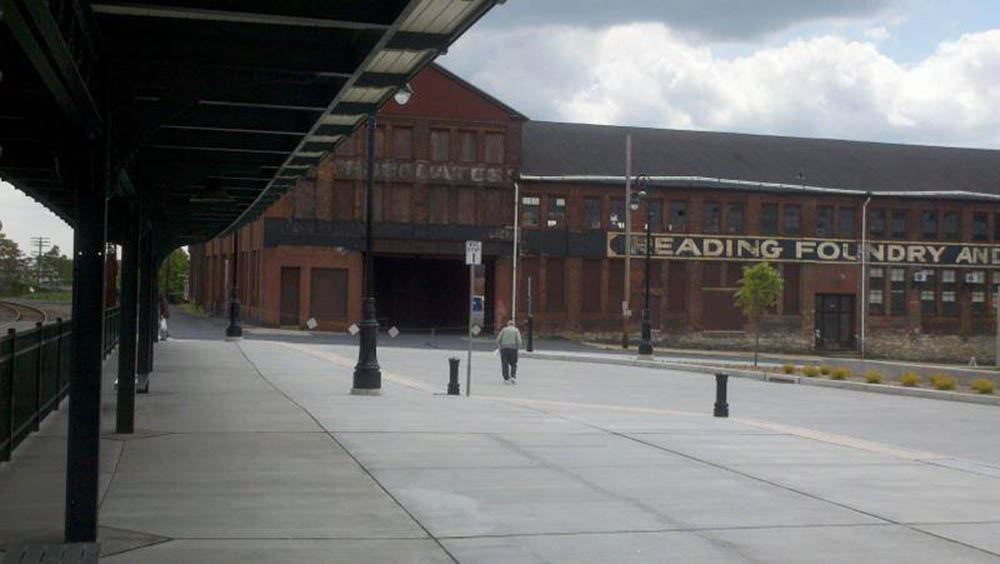 The construction of the railway in 1836 immediately stimulated enterprises of various kinds, and caused large sums of money to be invested in manufacturing concerns. On that account not only capital but many mechanics concentrated here, and buildings multiplied rapidly to answer the demands of the increasing population.

The first large shop was erected in 1838 on the half block on the west side of Seventh street between Franklin and Chestnut streets, where it has continued until now, and each decade found the company with additional facilities for the manufacture and repair of engines and cars, and for the handling of freight not only in the vicinity of Seventh and Chestnut streets, but on both sides of the railroad, extending beyond Walnut street for nearly two miles. The total income to a large number of working-people of Reading from this source since 1836 exceeded $60,000,000, and it can be stated that a great proportion of the substantial growth of Reading in buildings, stores, factories, churches and schools was directly attributable to the company’s disbursements here.

Below: An 1887 Sanborn map showing the P&R shop between Spruce & Chestnut Streets in Reading, Pa.

The possessions of the company at Reading are valued at an enormous sum. A considerable part of its receipts was expended here in making large permanent improvements of the most substantial character. The principal office of the company at Reading was situated in the main railroad station at the conjunction of its several branches with the main line, and this had come to be the territorial center of the city. The aggregate number of hands employed in the offices and shops and on the railroads at Reading in December, 1908, was near 3,000; and the monthly wages exceeded $125,000, or a total for the year exceeding $1,500,000.

Below: Interior view of the locomotive shops at 7th & Chestnut Streets. 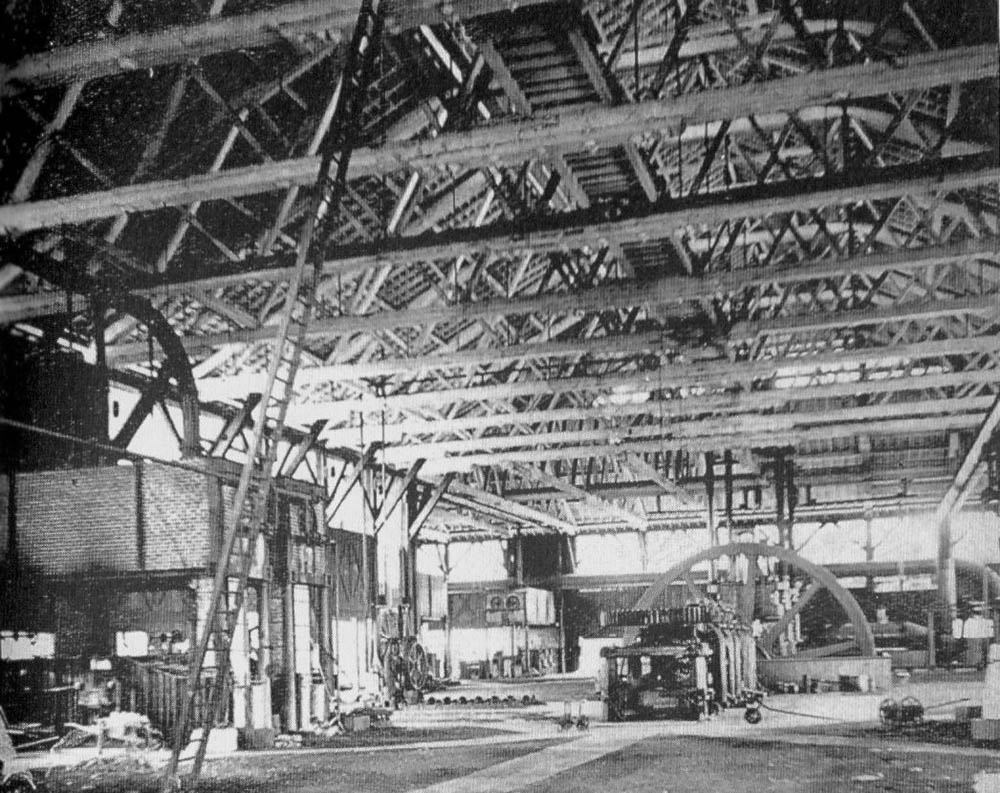 At the passenger station there were 2,452 trains during December, 1897; which carried 66,650 passengers to and from Reading; at the freight depots there were 4,193 trains which moved 167,700 cars; and the aggregate tonnage directly affecting local interests at the several freight depots was 127,000.

Below: Philadelphia & Reading Locomotive Shops at 7th & Chestnut Streets in Reading, Pa. circa 1860s, with a pile of Stephenson eccentric inserts on the bench. (James A. Millholland, Jr. Collection). 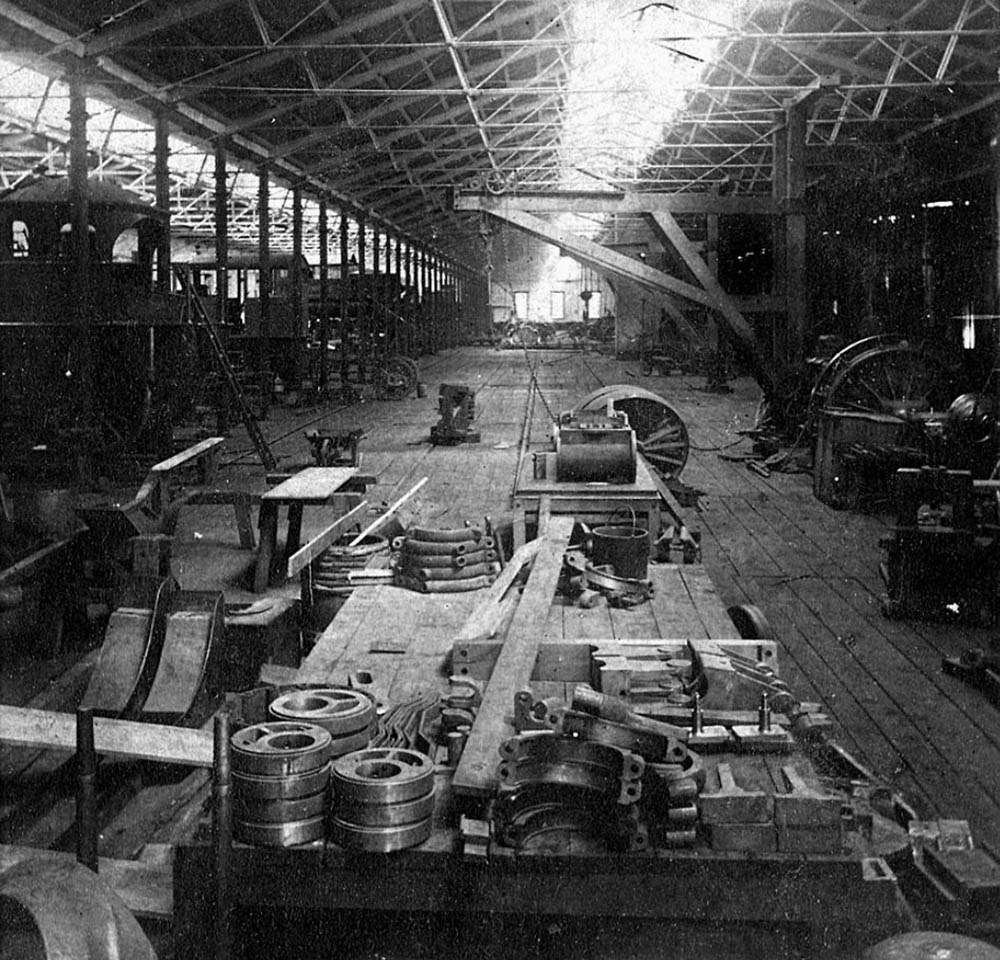