In the golden days of Reading we got used to the idea that we were living in a good old town. Whenever a native went sojourning to some near distant place like Philly or New York or north to Wilkes-Barre and Scranton, whenever he mentioned his hometown there was usually someone on hand to say, “Oh, you’re from good ole Reddin.” 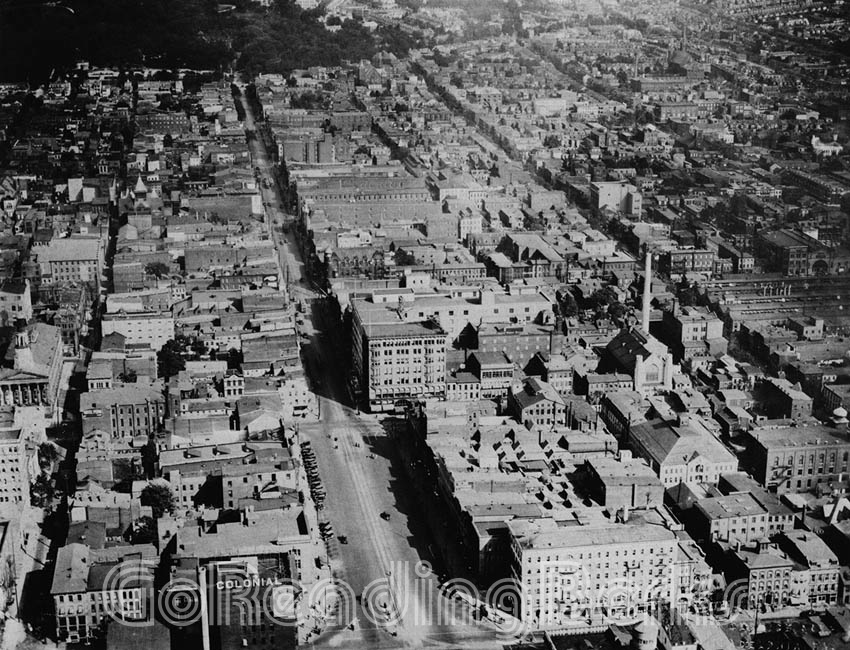 And that’s the way it was because Reading was the city of multiple legends. Reading was a storybook town that had every sort of thing – funny, sad, colorful, naughty and quaint – going for it. It was the city that led outsiders to believe the natives had been made over to the point where beer drinking and pretzel munching had attained Olympian dimensions in proportion and daily regularity in practice.

In the early and middle years of the twentieth century Reading was successively governed by Republicans, Socialists, Fusion (Democrats and Republicans) Socialists, Socialists, Democrats, Republicans and Democrats. That didn’t say much for political continuity by way of diehard persuasion; but then perhaps the Bohemian lifestyle was better oriented to project whimsy and variety than ever it was meant to exemplify as either centrist or inflexible doctrines.

In our time of Facebook, Twitter and cronuts, bohemianism is used to describe those who live unconventional, artistic lives. The modern bohemian lifestyle is one filled with music, art, and literature – a way of living that embraces the doctrine of freedom over possessions.

Reading is and has always been flexible; to whit – a town that was worthy of national recognition on the basis of having been the textile knitting capital of full-fashioned hosiery and knitting machinery (Berkshire and Textile), the outlet capital of the world, the pretzel-making capital (Bachman, Quinlan and Sturgis), the window shade capital (Cotton Mill, S. 9th Street), and pipe-making capital (Reading Iron and Reading Pipe Mill) of the world.

It was the county seat with 786 licensed alcoholic beverage vendors of an area which led the nation in per capita beer consumption; whilst it was also known as a city of churches and ranked among the national leaders of metropolitan church membership and affiliations, per thousands of resident families.

Over 200 years earlier it served as the starting point from which the first Lutheran Synod in America was started by Rev. Henry Melchior Muhlenberg and in the middle years of the twentieth century had gained a substantial measure of its folk-notoriety for being the place with a slot machine in every club.

In 1967, “The Wincanton Report,” a federally funded study, published about corruption and organized crime in a small city. Five years after The Wincanton Report was published, Reading was reminded once again of its recent past when “The Corrupt City” was being shown on national television. As viewers were told, racketeering was not as visible in 1971, but the threat of its revival seemed possible.

In the late 1960s and 1970s, Reading was the site of the world’s largest regularly scheduled International Air Show. Tt rivaled the biannual Paris show in attendance, if not in prestige. The Reading Air Show was considered the best show in the world. 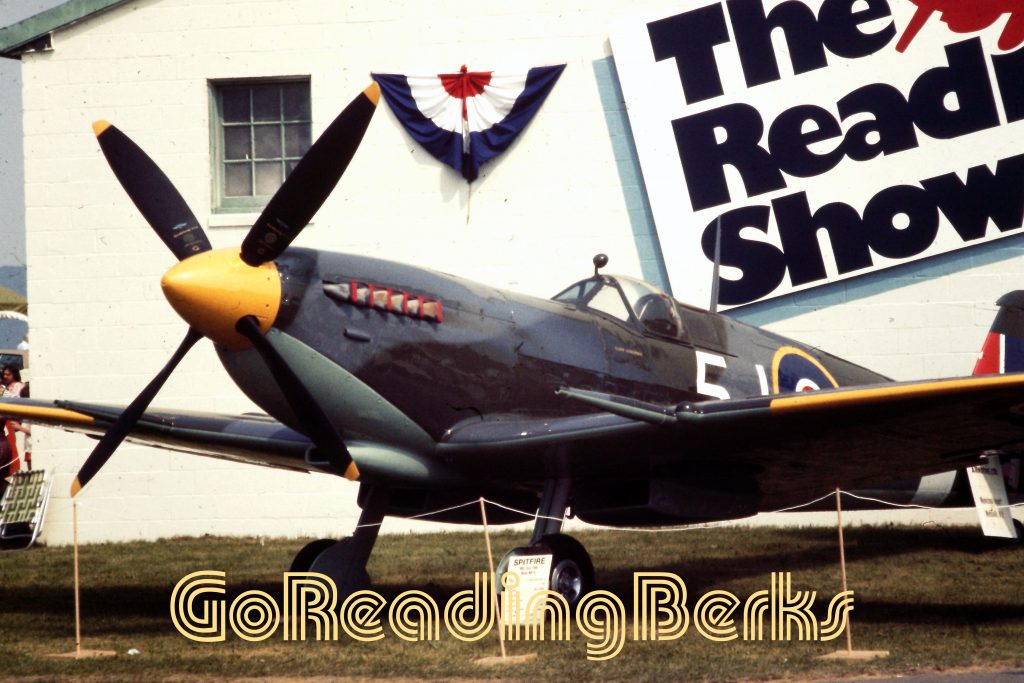 From September 20, 1924 to June 29,1979, dirt-track racing fans crowded the 80 acre site of the Reading Fairgrounds located in Muhlenburg Township, Berks County, Pennsylvania which was home to a half-mile oval that was known as “The Home of Champions” Modified stock cars. 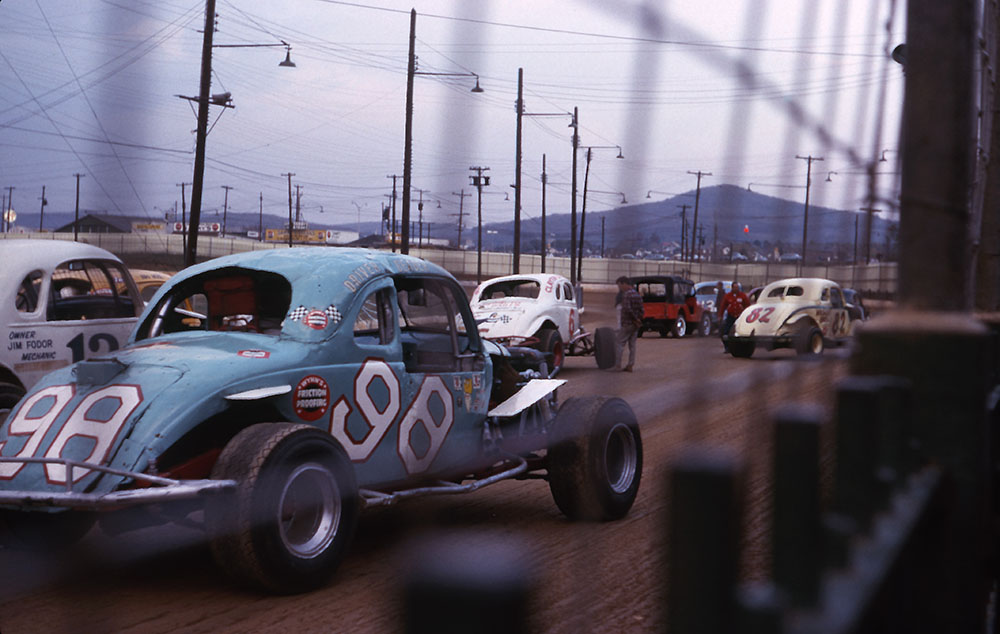 On Oct. 29, 1978, the last race was held on the half-mile oval. The 80 acres of motor sports memories was being converted into a shopping mall,

Today the shopping mall resembles a bombed-out area in a war much like the downtown during the urban renewal era of the 1960s and 1970s when hundreds of building were leveled, many along Penn Street, for some pipe dream known as the Penn Square Pedestrian Mall. 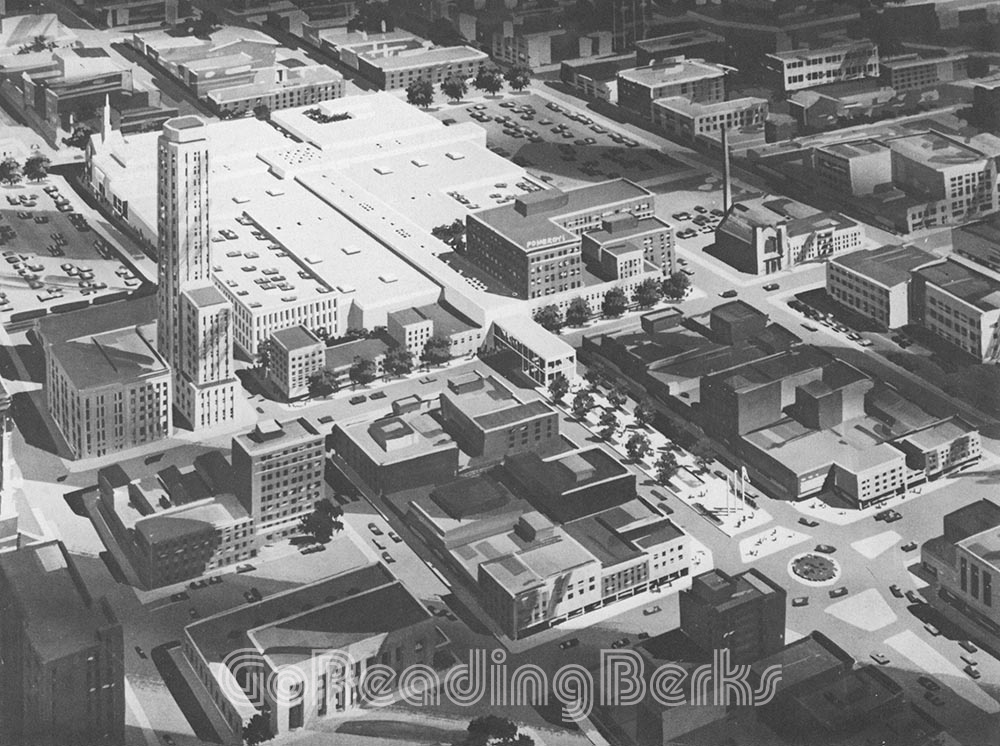 Six blocks northeast of Penn Square were slated for demolition, to be replaced by an enclosed shopping mall. Thankfully the project never came to fruition, which left many to describe Reading as the “largest metropolitan parking lot in the universe.” 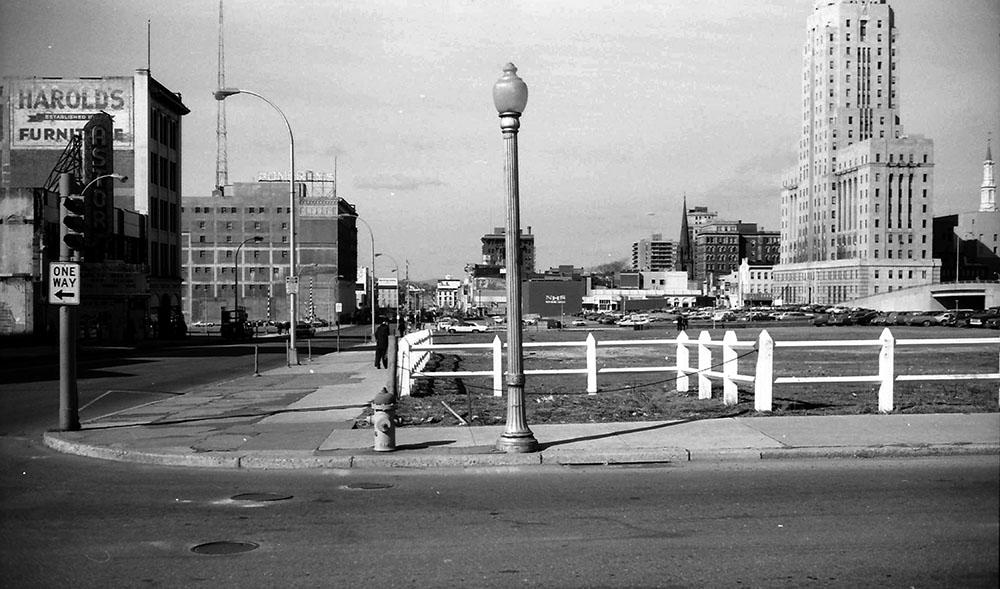 In more recent times, the city of 88,000 has been trying to reinvent itself starting with the erection of an arena. The arena attracts the crowds but few people venture outside the security zone when the finale ends.

Alvernia recently received a $4 million grant to renovate the CNA Building and secure its new downtown location. The Madison, Berkshire, and Medical Arts Building will provide housing in so-called upscale apartments. The hope and dream of the Reading CollegeTowne initiative is to spur economic redevelopment of downtown Reading. 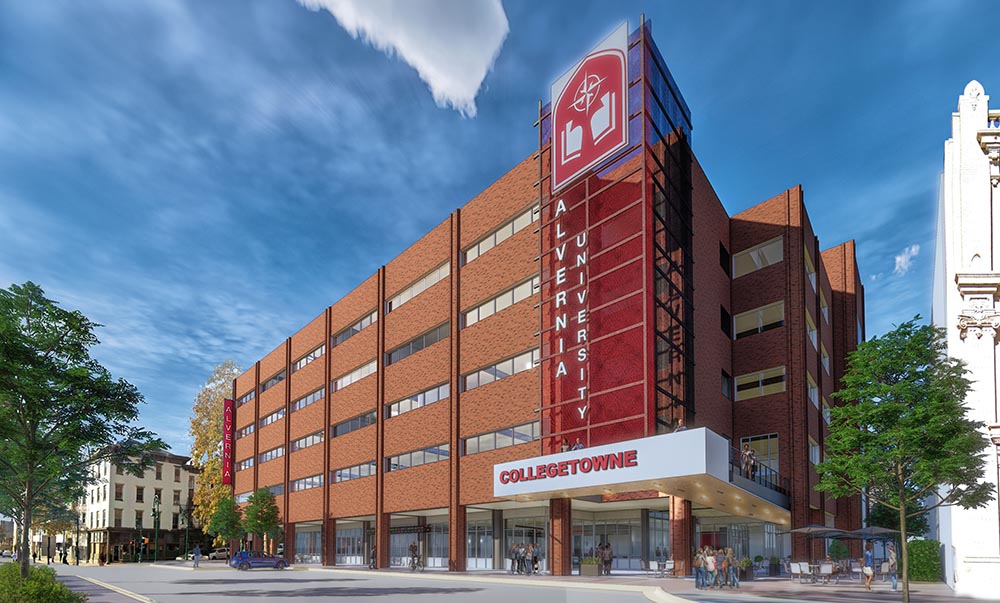 The golden days of Reading may never return but this is still our good old town where people try to create a better life for themselves and family.

But the people must make the city loveable.

If we want to awaken love of our city and make it permanent, we must make our city lovely and lovable. But this better city must first take shape in the mind and heart. It is in the beginning little more than in a dream.

Here in the City of Reading, we have many reasons to love. We can inaugurate a movement but it must be a “people’s movement.” There will come before the imagination a vision of what might be, of what should be, and then this vision of the City-that-is-to-be will be embodied in brick and stone, in the field and flower, in a new and better order of men, women and children.

What we see lying around us in Reading is not the completed product but only the raw material, the nucleus of a brighter Reading. This should console us, and even fill us with courage when we discover that there is a chance for us to have a hand in the creative work. For if we are young or active, we may prefer to live a period when things are unfinished. But let us not forget that we are responsible for the results and that if we fail to embrace our opportunity or try to make our vision real, that for the next generation it may be impossible.

The citizens of Reading are challenged. An issue is presented. Action, some action, is necessary. What will it be? There is every reason to expect right action whatever that may prove to be. The results will be seen in untold practical benefits and blessings to every man, woman and child in Reading, and there will be more reasons than ever before to know, to love and to serve the city that you and your children after you call home.