The roots of Laureldale go back to the beginning of the twentieth century. In 1902 Edward Lauter purchased part of the Henry Gass farm north of Hyde Park and east of the East Penn Railroad, called it Rosedale and parceled it off into building lots. (The original Gass farm homestead still stands as 3321 Montrose Street.)

In their promotional advertisements, the developers of Rosedale pointed out that it was on the newly opened Temple trolley line with one fare convenience to any stop in Reading for shopping or employment.

Sales were brisk. In 1904, 320 choice lots were offered, priced from $59 to $159; $5 down, then $1 per week. No interest, no taxes, no assessments. Rosedale was so well known that Carsonia Park, the local amusement mecca, in a popularity contest with Pendora Park, used it as a marketing tool to lure customers. In an effort to generate interest in its miniature railway, the operators of Carsonia Park offered a $100 building lot at Rosedale to the person taking the most train rides during the summer of 1903.

Rosedale proved so popular that a second Rosedale was laid out in 1907 on the west side of the railroad tracks on the original Mark Schlottman farm. The developers called it, appropriately enough, Rosedale Addition.

Coinciding with the Rosedale development, the land east of Rosedale on both sides of Elizabeth Avenue up to Yoder’s Hill (where the present ManorCare facility is located) was bought in 1904 from Elias Becker by developer Charles Eisenbrown and called Laurel Hill.

Other developments followed: The farm of Daniel Holtry became the development of Belmont in 1913 and the Charles Boyer farm became Belmont Park in 1915. In the following decade new subdivisions were created, the population grew, and these new suburbanites wanted the same “luxuries” as the citizens of Temple had earlier demanded and decided to go about securing them in the same way: forming a borough separate from the township.

A citizens’ action group was created to pursue incorporation. They wanted to name their new borough Rosedale since most of the area’s residents lived in that development. However, a Rosedale already existed in Chester County and the federal postal service didn’t allow a name to be used twice in the same state. At that point, tradition has it, Clayton N. Fidler suggested combining the “Laurel” of Laurel Hill with the “Dale” of Rosedale to form “Laureldale.”

When the citizens’ action group filed its first petition for incorporation in 1929, the court ruled against it. The group immediately secured new lists of petitioners, redrew the borders of the proposed borough and reapplied. On April 8, 1930, their petition was granted by Judge Paul N. Schaeffer and Laureldale became the twenty-ninth borough in Berks County. At that time there were 645 homes within the new borough. At the 2010 census there were 3,911 people living in the borough.

Below: Early view of Laureldale from attic of 3608 Chestnut Street. 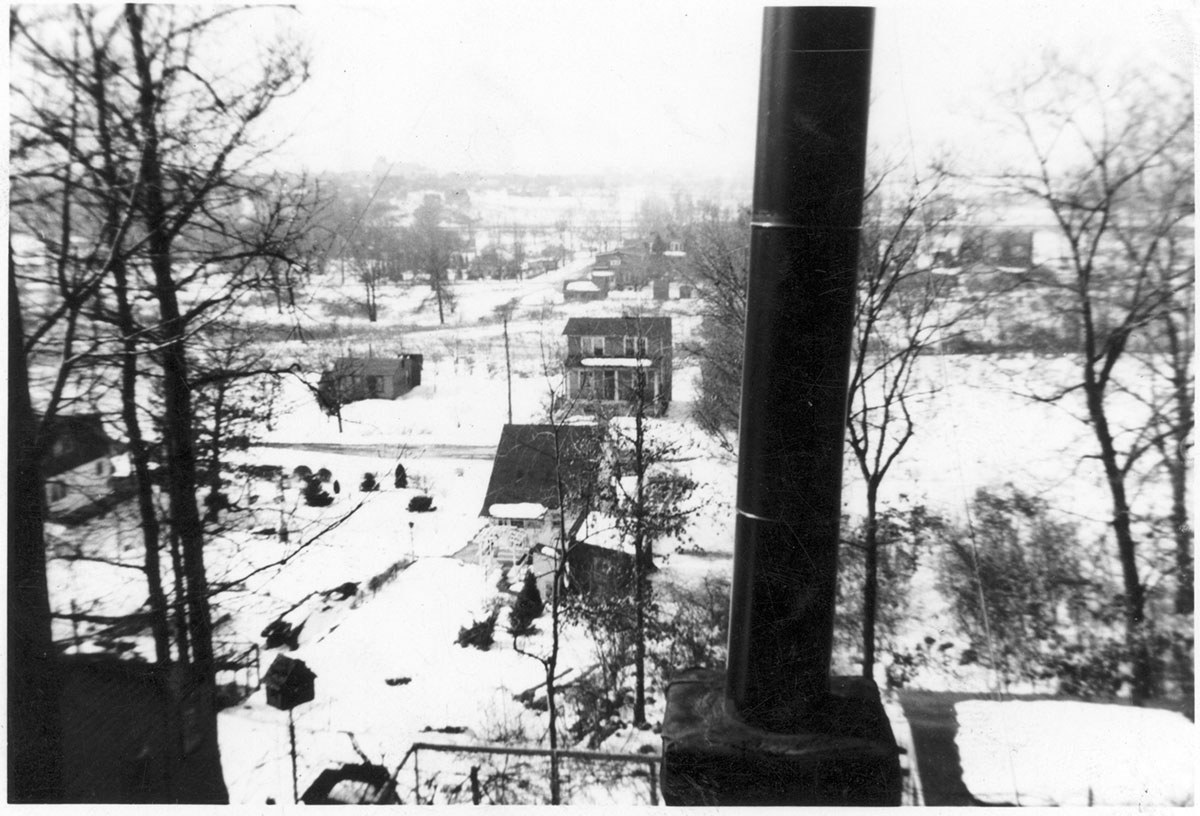