The Cross and Star atop Mount Penn

The Cross and Star atop Mount Penn

Below: Easter Dawn Service at the Reading Pagoda, 1914. 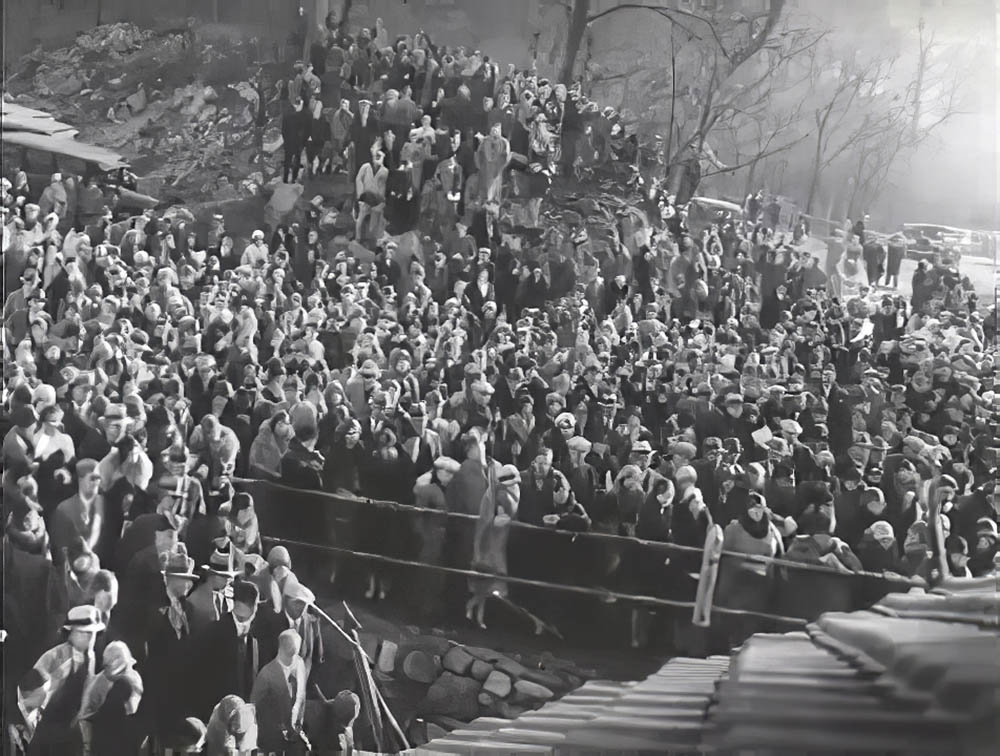 The first service was held at the Pagoda, drawing several hundred people by 1930. The service moved up skyline drive to the Summit Hotel in 1937. Over 8,000 people gathered in 1938.

In 1938 a Christmas Star was erected against the West front of the Mt. Penn Pagoda. The star was hung just under the overhang of the upper roof making it visible as far as Bernville. The star was 25 feet wide, from point to point, and was fitted with 300 50-watt lights. In 1939 the star was transferred to the William Penn Memorial Fire Tower.

On March 21, 1937, a cross on the Summit Hotel was dedicated and illuminated in preparation for the Easter Dawn Service on the mountain top. More than 6,000 persons attended the service. Glenn C. Ross, general chairman of the dawn service committee, declared the cross symbolized love and sacrifice. Ross urged contemplation of the sacrifices made by Christ during His stay on earth. He said the erection of the cross on Mt. Penn was significant of the Christian spirit of Reading, and declared the sight of the cross would be a constant reminder of Christ.

The cross had to be put up and down on the front of the building each Easter season. It required a bucket truck or the hook and ladder each time. Finally, the City of Reading agreed to the task.

Below: William Penn Memorial Fire Tower and Summit Hotel. The former Schwartz’s Summit Hotel that was built atop Mount Penn as a summit-level resort for patrons of the Mount Penn Gravity Railroad. From the mid-1920s, and until its razing in 1959, this structure served many purposes. 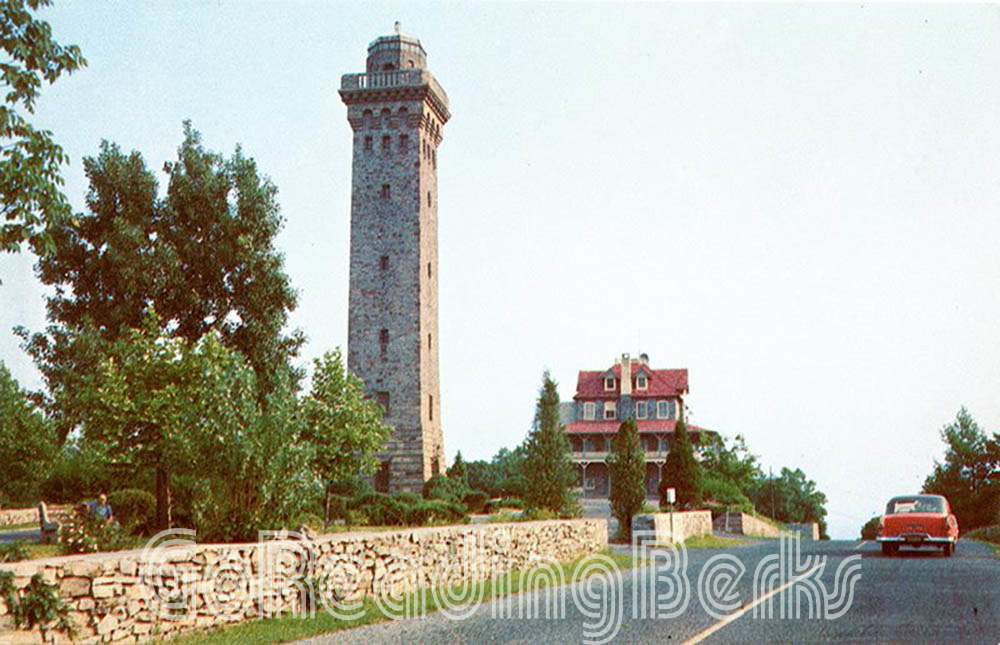 Below: Christmas time at the former Schwartz’s Summit House Hotel. 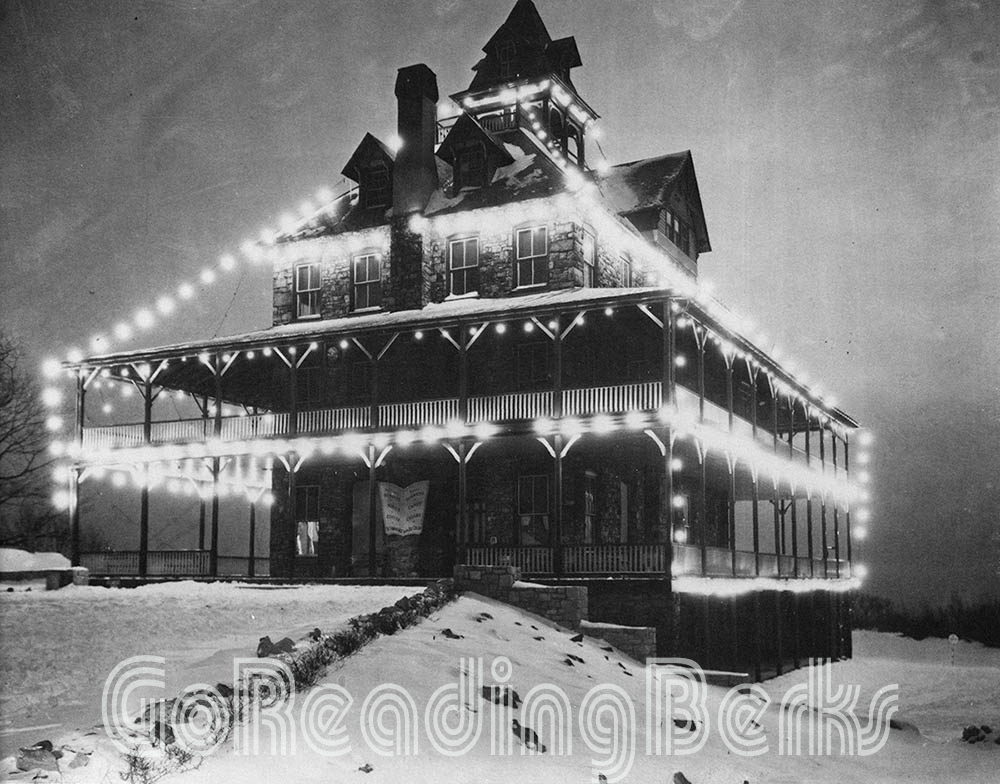 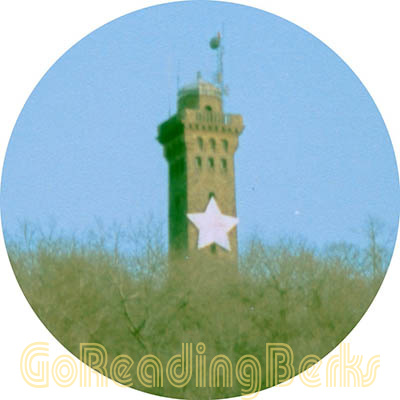 In 2002, Richard Plank, who was the manager of Parks and Recreation for the City of Reading, designed and shaped a light-weight aluminum combination star and a cross, which is welded into a single unit. 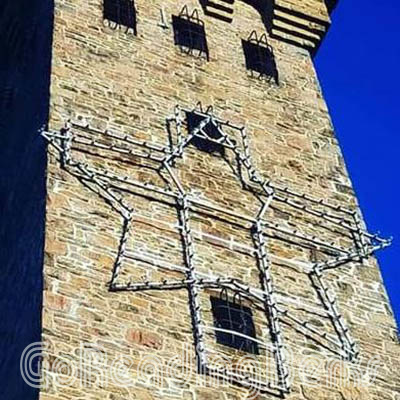 Below: The cross and star continue to be illuminated for the seasons. 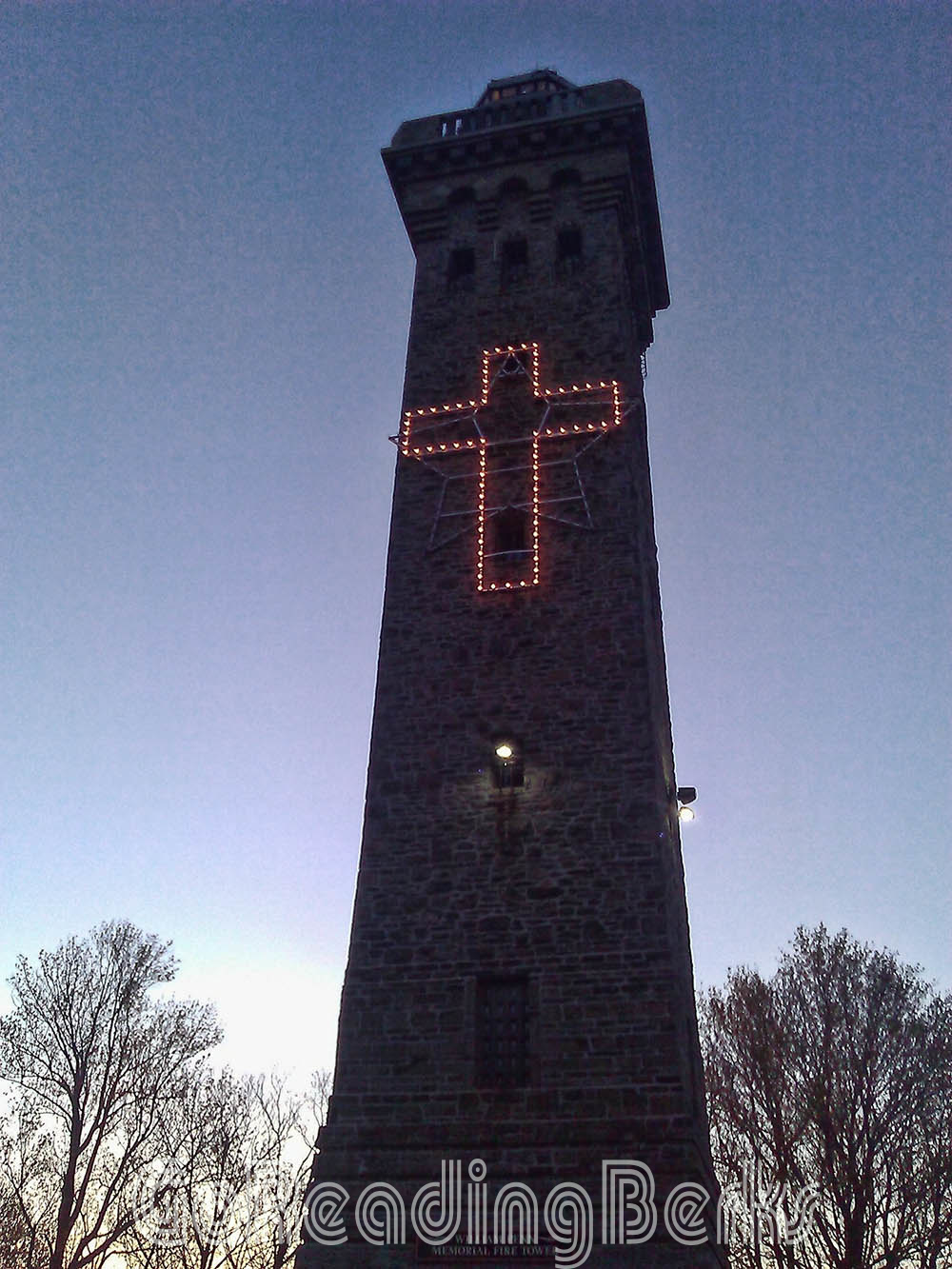 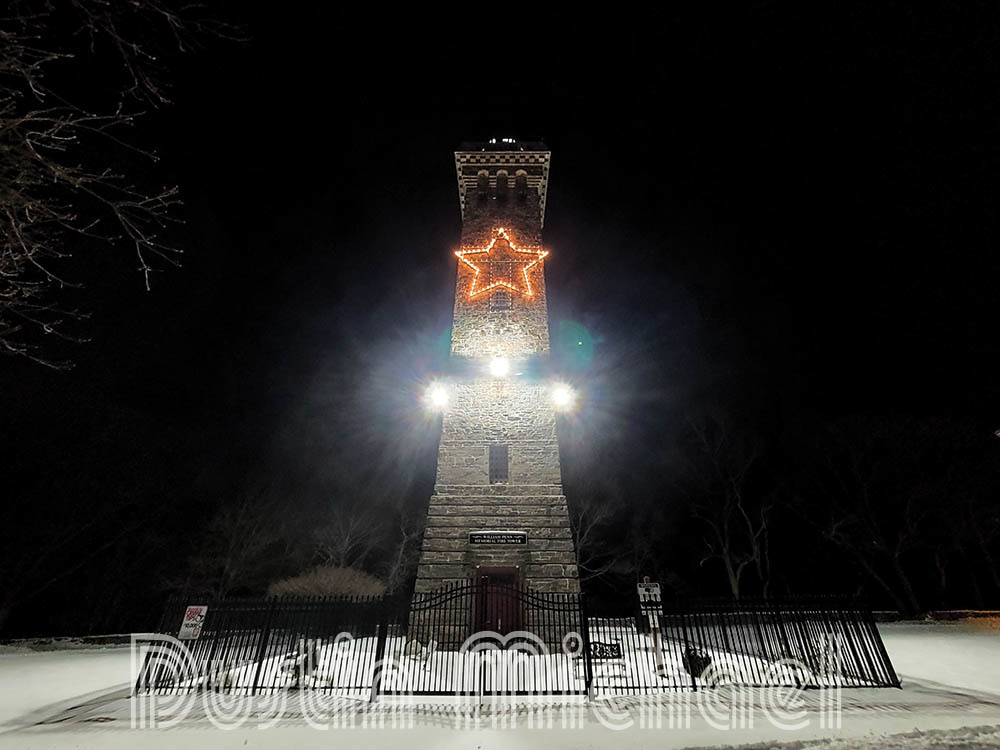