Crossroads attract settlers, and five miles northeast of Reading five roads intersected: roads to Reading, to Kutztown, to Friedensberg, to Leesport, and one to Tuckerton and beyond. To many folks it was known as “Five Points,” a natural place to build a hotel. That hotel is the most historically significant site in the area because it’s not just the oldest building in the village of Temple, but actually gave the village its name.

In the 1790s a log and stone tavern was erected on the northeast corner of the intersection. Its sign was on a pole fifteen feet high, a brightly colored figure of King Solomon sitting on his throne. “The portrait was remarkably well-executed,” says the historian Montgomery, “and it required no great inventive faculty to designate the tavern as the temple.” Soon the whole area became known as Temple and in 1857 the Temple Post Office, the second in the township, was established which made the name official. In 1853 the log and stone hotel was razed and a new building erected. The “Solomon’s Temple” sign stood until 1870. The 1853 structure is as old as the township itself and still operates as a hotel and restaurant. 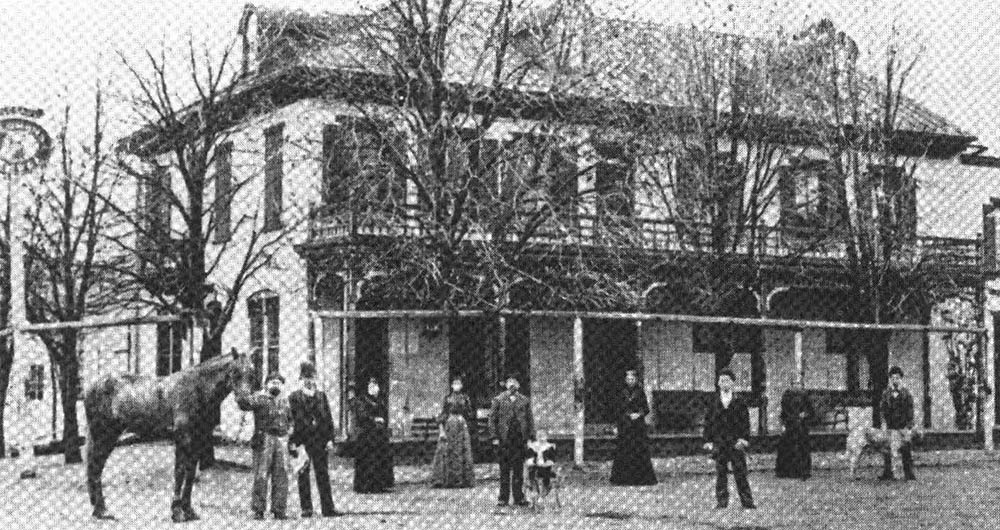 Around the turn of the last century, the hotel was noted for its fox chases and was a favorite stopping place for sleigh ride parties during the winter season. Out back was a large park area where family reunions and picnics by various organizations were held. A rose garden extended to Temple Avenue. 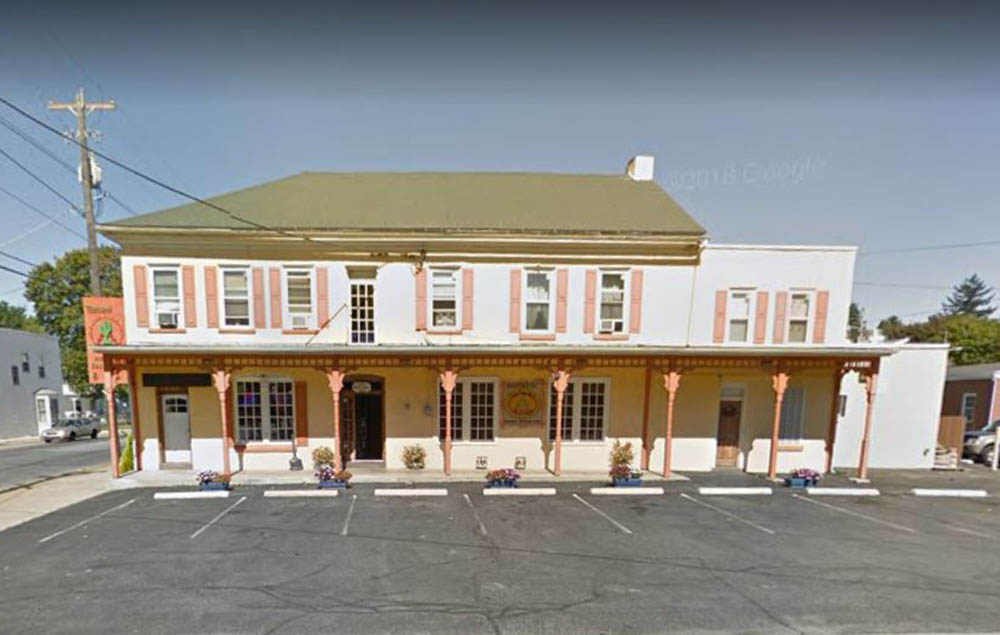 The first industries in Muhlenberg Township developed in Temple. The Mount Laurel Furnace for the manufacture of iron began in 1836 on Mount Laurel Road. John Clymer bought it in 1846 and built the Temple Furnace in 1867 combining the two iron works into the Temple Iron Company. At its peak it employed 160 men and made 800 tons of pig iron per week. Because it needed such a large work force, it drew people to the Temple area to work there, the first workers in the township who were not farmers. Another important industry, the Maidencreek Hosiery Mill employed 100 workers during the 1920’s.

The Temple Malleable Iron and Steel Company was another iron-related industry. Also quarries abounded; the Temple Sand Company produced and shipped nearly one hundred tons of sand daily. In 1903 Harry Johnson operated a stone quarry at Mount Laurel along the Laurel Creek, employing 30 men. There were also smaller businesses, such as E. H. Kerling and Brothers on Kutztown Road that employed six men in the manufacture of coaches and carriages. In the 1880’s it produced 40 carriages per year.

As Temple industrialized, the township itself remained an agricultural area of farms and orchards. With the coming of the trolley line the population of Temple grew and the concerns of citizens became urbanized. They wanted services like running water, indoor toilets (sewers), electric lights and paved streets, all things the majority population of farmers had no use for and didn’t want their tax money being spent on.

The inhabitants of Temple, led by Charles F. Betz, called by some “the father of Temple,” broke away from the township to form their own borough to raise and spend tax money as they liked. Temple borough was incorporated in 1922. The process of modernization began immediately with electric power lines being strung, waterlines laid, and streets paved. 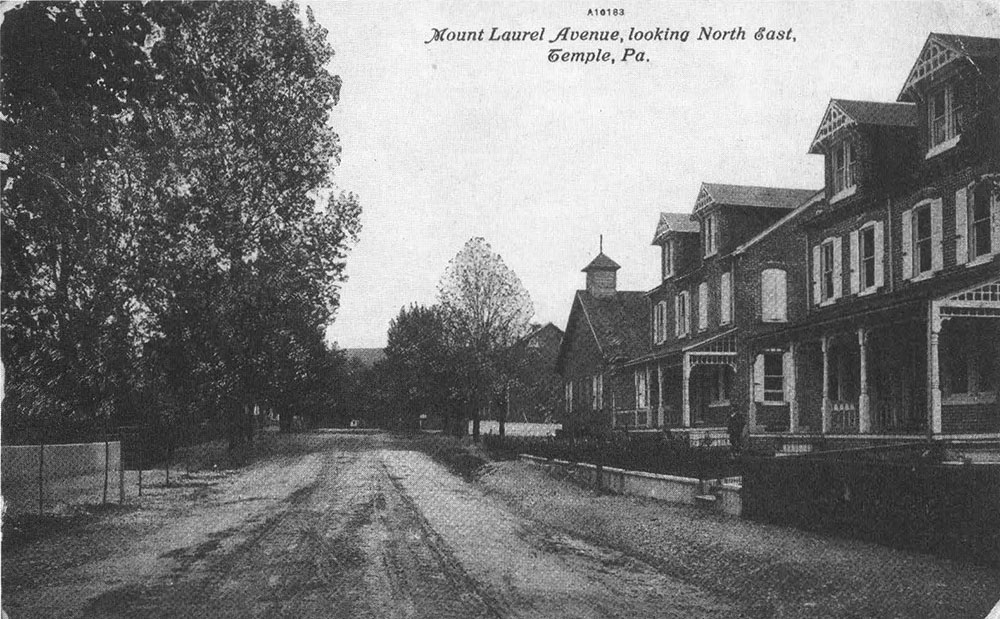 The new borough flourished with trolley and bus service, an expanding fire company, and numerous shops and businesses offering goods and services. An excellent, detailed account of Temple published for the country’s 1976 bicentennial celebration tells the specifics of the people and the development of the borough. This valuable document plus an accompanying notebook of biographical histories by Edgar Hartman is available at the Muhlenberg Community Library for anyone wishing more information. 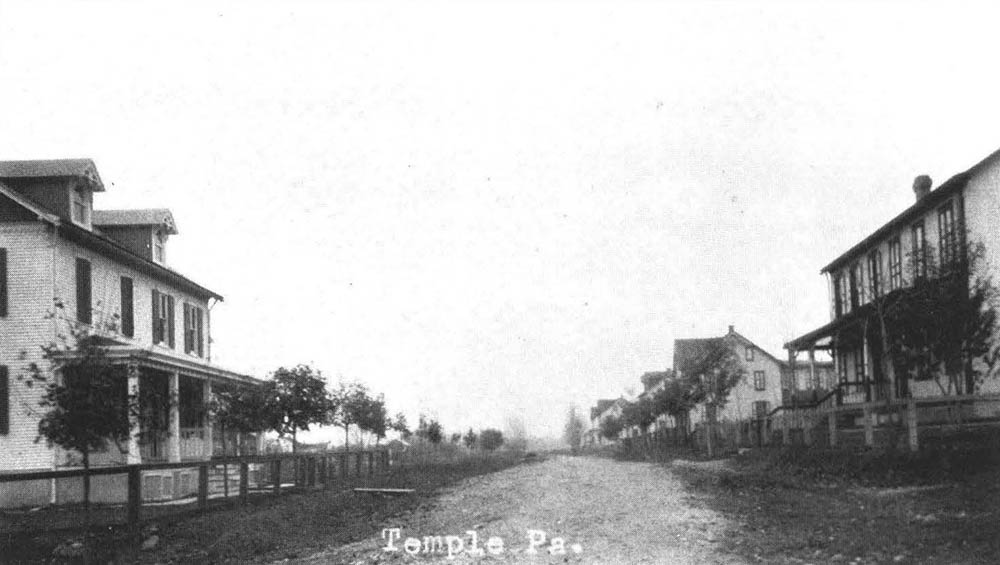 As the decades wore on, an era of de-industrialization and ensuing tax pressures directly impacted on the borough. Land-locked by its borders and therefore unable to attract new industries, the borough faced rising municipal costs with increased tax burdens on residents. In 1998, seventy-six years after splitting away from Muhlenberg Township, Temple voted to rejoin the township and on January 1, 1999, the Borough of Temple once again became the Village of Temple.