The county commissioners were authorized by an Act passed April 23, 1829, to erect a bridge over the Schuylkill River at Gerber’s ferry, on the road from Reading to Lancaster. It was finished in 1831. The bridge was a one lane, two span wooden structure with a length of 352 feet. It was known as the “Lancaster Bridge.”  The Lancaster Covered Bridge was one of twelve covered toll bridges in Berks County. Tolls were charged at the bridge until 1883.

Below: The three span 1841 Lancaster Covered Bridge with the Union Canal in the foreground and the City of Reading in the background. 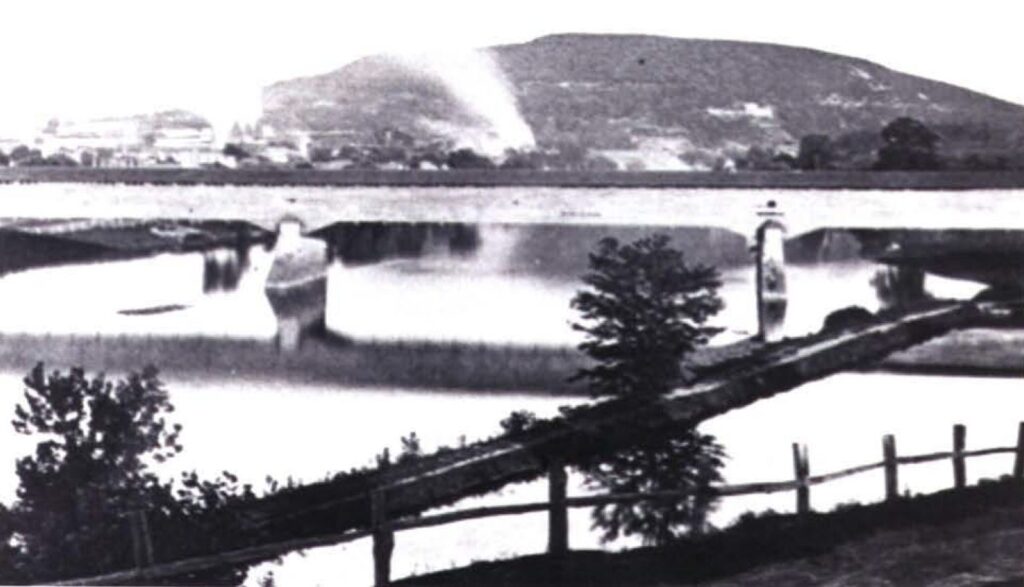 The County, after losing the same bridge twice within two years, decided to rebuild the Lancaster Bridge several feet downstream on new piers that were 4 ½ feet higher than the original piers to avoid damage from future floods. In doing this, the length of the bridge was increased to 580 feet, consisting of 3 spans of 193 feet 4 inches each.

The bridge was rebuilt in 1851. This time the bridge was built 6 feet higher to protect it from future floods.

In 1869, the eastern one-third of the bridge was swept away by another flood and was again rebuilt.

Shortly before, there were loud complaints about the insecurity and darkness and unpleasant condition on account of dust of the wooden bridge.

On Jan. 1, 1877, a new three span iron bridge replaced the old covered bridge, which had burnt down. It was the first large iron bridge-structure erected in the county. The bridge name was changed to the Bingaman Street Bridge in honor of Peter Bingaman who owned the land in that vicinity. In 1883, the iron bridge became toll free.

Below: A pedestrian walkway parallels the iron bridge , circa 1913.

As early as March of 1915 the county commissioners recommended and approved a new concrete bridge at the foot of Bingaman Street. On April 12, 1915 the court approved the building of the new bridge. On January 7, 1920 the Commissioners of Berks County entered into a contract with John F. Whittaker and D.L. Diehl for the erection and construction of the bridge. 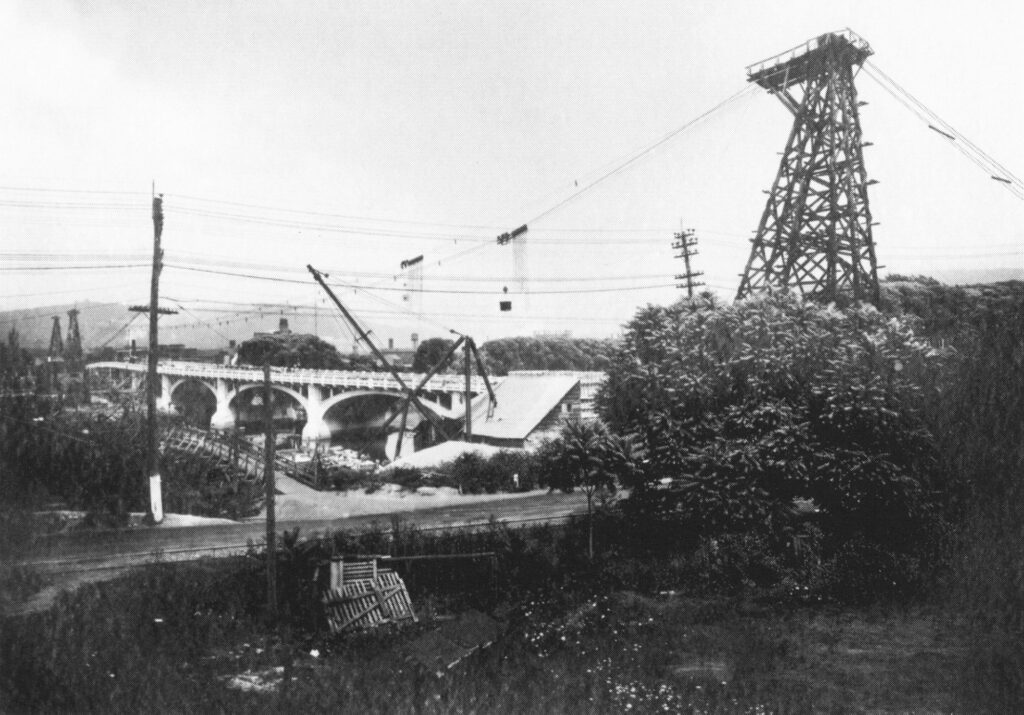 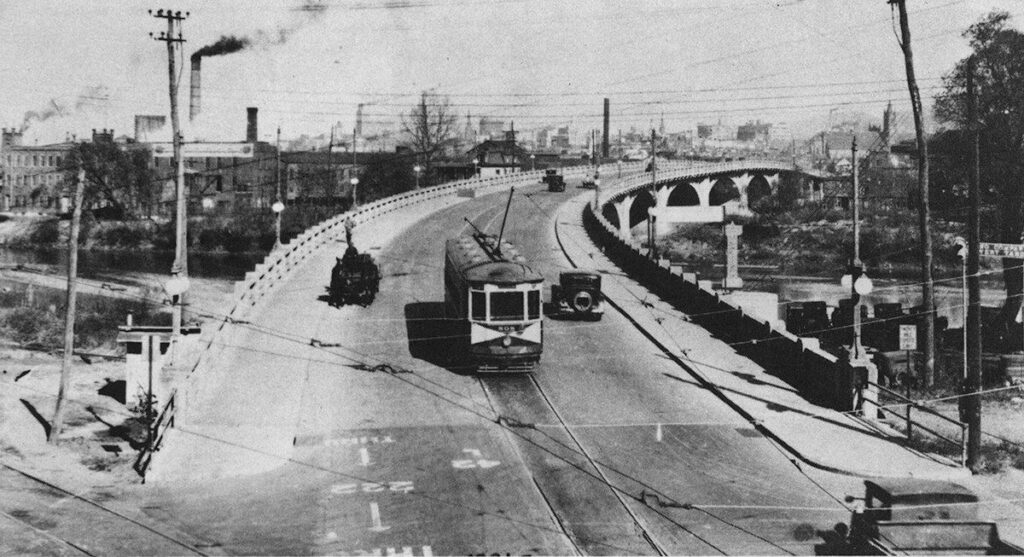 Below: Bingaman Street Bridge from the Air Circa 1950. 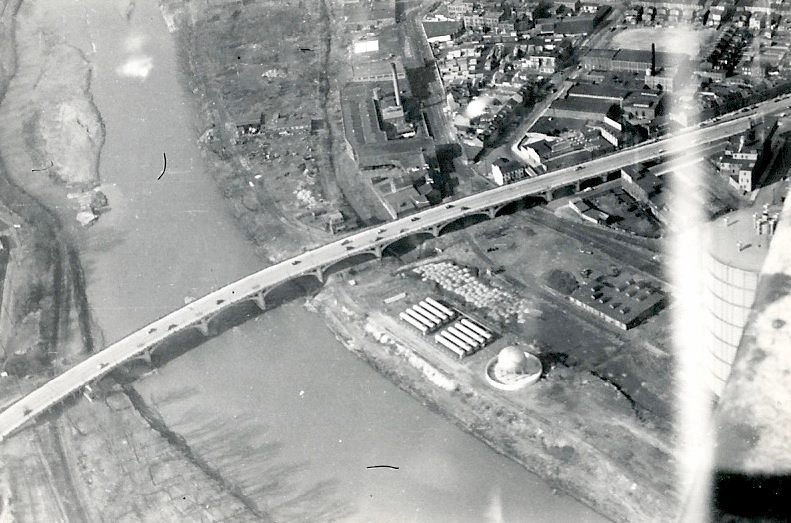