John Philip Sousa (November 6, 1854 – March 6, 1932) was an American composer and conductor of the late Romantic era known primarily for American military marches. He is known as “The March King” or the “American March King”, to distinguish him from his British counterpart Kenneth J. Alford who is also known as “The March King”. Among his best-known marches are “The Stars and Stripes Forever” (National March of the United States of America), “Semper Fidelis” (official march of the United States Marine Corps), “The Liberty Bell”, “The Thunderer”, and “The Washington Post”.

John Phillip Sousa came to Reading to conduct the Ringgold band in its eightieth anniversary concert which was to be held on March 6th at 3:30 pm at the Park Theatre, 1022 Penn Street. He arrived in Reading on Saturday March 5th, 1932 at 5 pm. The boys’ band of Saint Cyril and Methodius School performed at the Franklin Street railroad station as the train arrived. At 8 pm he attended the Ringgold band banquet at the Wyomissing Club. Although several friends noticed that he became ill at ease during the speech making, Sousa carried on until the end, and then hurried to his hotel room at the Abraham Lincoln Hotel.

After arriving at the hotel he told his secretary that he was ill and he hurried to his room on the 14th floor. His secretary suggested calling a doctor but he demurred, “I don’t need a doctor.” Ten minutes later his secretary went to his room to find him perspiring freely and summoned aid. Before help could arrive he became semi-conscious. He murmured he was cold and asked for more blankets.

Dr. M. H. DeWire, the house physician, soon arrived. Dr. DeWire arrived at 12:15 am and found that Sousa was blue in the face, his breathing and pulse weak. Artificial respiration was attempted without result. He died at 12:30 am, of acute cardiac dilation, a sudden enlargement of the heart. He was 77 years old.

Until the latter part of the banquet he was in a good mood. He laughed and joked with the speakers who lauded him. He wisecracked about the beard he once wore, and interrupted one speaker to ask if no one was going to say anything unkind about him. But when he was called upon to speak Sousa apparently, had become weary. He made a few remarks in a weak voice that could not be heard a few feet away. The banquet was then quickly adjourned.

The Sousa-directed concert which was to be held in the afternoon on March 6th at the Park Theatre had attracted music lovers from all over the east. The Ringgold band was formed before the Civil War and at the beginning of that conflict enlisted as the Ringgold Light Artillery, and was one of the first five companies to go to the defense of Washington when Lincoln called for volunteers in 1864. For many years it was conducted by the late Monroe A. Althouse, whom Sousa often referred to as one of America’s finest band music composers. The soloist at the concert was to be Miss Margaret Ringgold, a great-grandniece of Capt. Samuel Ringgold, Mexican war hero, after whom the band was named.

A memorial service, held on March 6th at the American Legion Building at 133 North Fourth Street, consisted merely of a prayer and a selection by the band. Then, escorted by a color guard and officers of Gregg Post, American Legion, details from two companies of the Pennsylvania National Guard and the band, his body was taken from the funeral parlors of Theodore C. Auman, to the Franklin Street station.

His body was escorted down Penn Street to the Franklin Street Station. The Ringgold Band accompanied with several funeral marches. The procession was met at the station by Mayor Ermentrout. At the station about 230 people waited half an hour for arrival of the regular train, which was delayed by snow. After that time the railroad officials decided to send a special train. Four National Guard officers from Reading were designated by the Twenty-Eighth division headquarters in Harrisburg to accompany the body to Washington. His body was placed on the special train which left Reading at 4:30 and arrived at the West Philadelphia station at 6:05. The Congressional Limited was held there and took his body to Washington arriving at 9:10.

Sousa’s funeral was held in the Marine Band Auditorium and was aired by the Columbia Broadcasting System.

After his death, Sousa was honored in several noteworthy events. On December 9, 1939, the newly constructed Pennsylvania Avenue Bridge was dedicated to John Philip Sousa.

Sousa is commemorated with a star at 1500 Vine Street on the Hollywood Walk of Fame. In 1976, Sousa was included in the Hall of Fame for Great Americans, which was made public during a ceremony at the John F. Kennedy Center for the Performing Arts in Washington, D.C. In 1998, John Phillip Sousa was inducted into the American Classical Music Hall of Fame in Cincinnati, Ohio. Additionally, the Marine Band rededicated its band hall as “John Philip Sousa Band Hall.”

John Phillip Sousa’s most prestigious award occurred in 1987 when Congress named “The Stars and Stripes Forever” as the National March of the United States.

John Philip Sousa was born on November 6, 1854, in Washington, D.C. His father, John Antonio Sousa, was a Spaniard of Portuguese ancestry who played the trombone for a living.

Sousa became a member of the Marine Corps band when only 13 years old through a plan of his father, a member of the band, to thwart the boys plans to run away with a circus band. The father had him enlisted as an apprentice and read to him regulations that included one providing that desertion would be punished by “shooting at sunrise.”

Later he conducted theatrical and other orchestras and gave violin lessons. In 1877 he joined the orchestra of Jacques Offenbach, composer of “The Tales of Hoffman,” as first violinist. About the time of his 25th birthday he returned to the Marine band.

His own band was organized in 1892 to fulfill a desire he long cherished-the presentation of works of great composers before audiences which other musical organizations could not reach.

Sousa believed “The Stars and Stripes Forever” to be his most popular march. Other favorites were “The High School Cadets,” “Semper Fidelis,” “The Washington Post,” “King Cotton,” “El Capitan,” “Liberty Bell,” “Manhattan Beach,” and “The Thunderer.”

His operas included “The Smugglers,” “Queen of Hearts,” “El Capitan,” “Bride Elect,” “The Charlatan” and “Chris and the Wonderful Lamp.” He was also the author of several books.

During the war with Spain he served as musical director of the sixth army corps and during the World War he directed musical activities at the naval training station at Great Lakes, Illinois.

A career of more than 65 years before the public, during which he composed more than 300 works and had directed his famous band in most of the principal cities of the world, made Sousa one of the most widely known of contemporary American musicians.

Throughout his notable career he remained to the last a bandmaster. No activity could persuade him to abandon his baton. His annual tours at the head of his famous organization carried the music classics to the smallest communities in the hope of awakening them to an appreciation of good music.

The “March King’s” programs emphasized the martial, patriotic theme, ignored the trite and popularized the best in music. His compositions were versatile, including operas and musical comedy.

Although an accomplished musician early in his teens, it was his work as director of the United States Marine Corps band that, served as the stepping stone to prominence in the musical world. 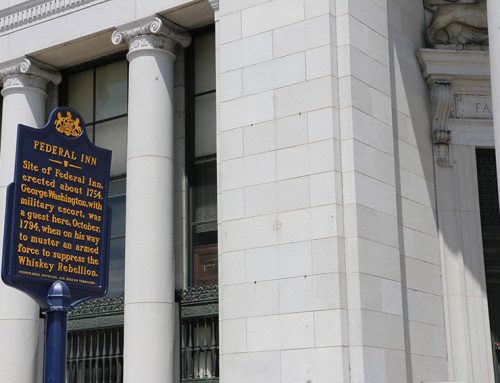 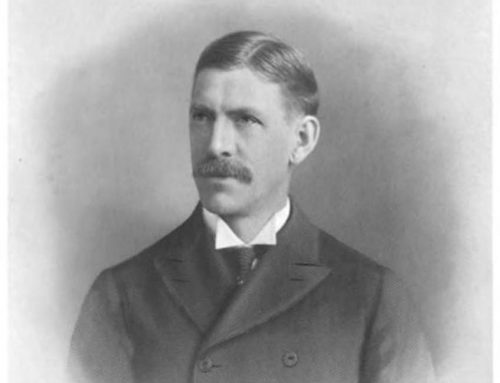 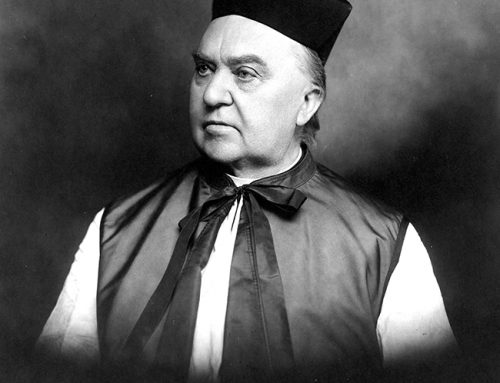 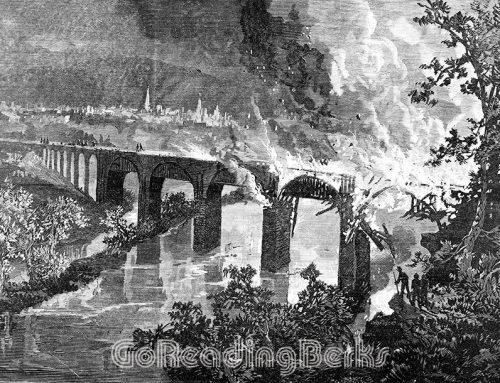