President George Washington was once the city’s guest, on October 1, 1794, when he came here from Philadelphia and remained over night at the Farmers’ Bank building, then the Federal Inn. Previously Washington had been at Womelsdorf and other parts of the county.

Below: Farmer’s National Bank, which came into existence in 1814. The structure was razed in 1924 to make way for the present bank building on the site – near the northwest comer of Fifth and Penn. In earlier times, this was the Federal Inn and Wood’s Hotel. 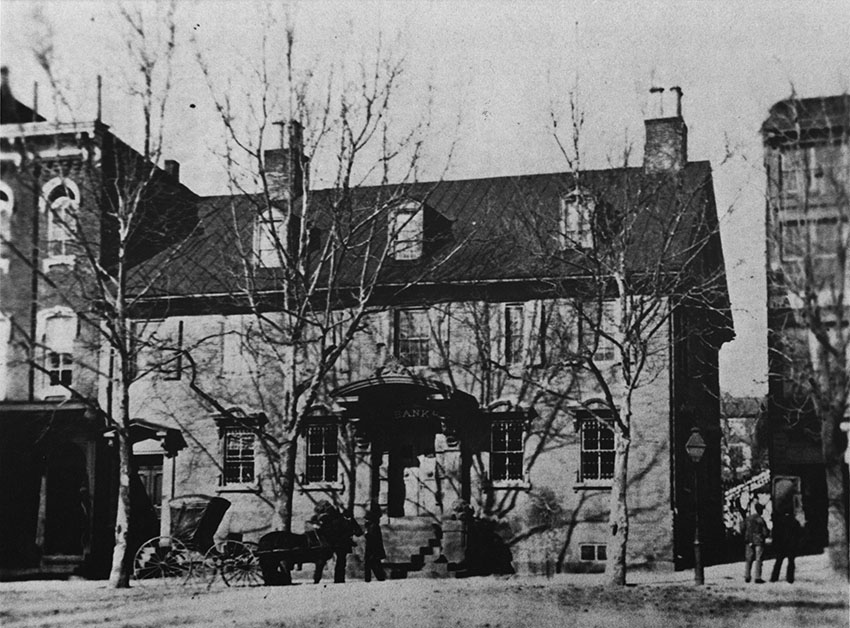 On his visit to Reading in 1794 he was met by a band, the militia and many of the soldiers who had fought in the struggle for liberty. He was escorted to the public square and the Federal Inn, where a reception was held, and he reviewed the militia from the balcony. On that same evening, at a meeting of Masonic Lodge No. 62, resolutions commemorating his visit were passed. His trip to Reading was made from Philadelphia through Pottstown via the Philadelphia and Reading pike.

A memorial tablet was placed in the wall of the Farmers’ National Bank at public unveiling exercises on June 6, 1914. The bronze tablet is commemorative of the visit of George Washington to this city in 1794, when he stopped at the building which was then the Federal Inn. It had been Inserted in the outside of the building facing Fifth street. 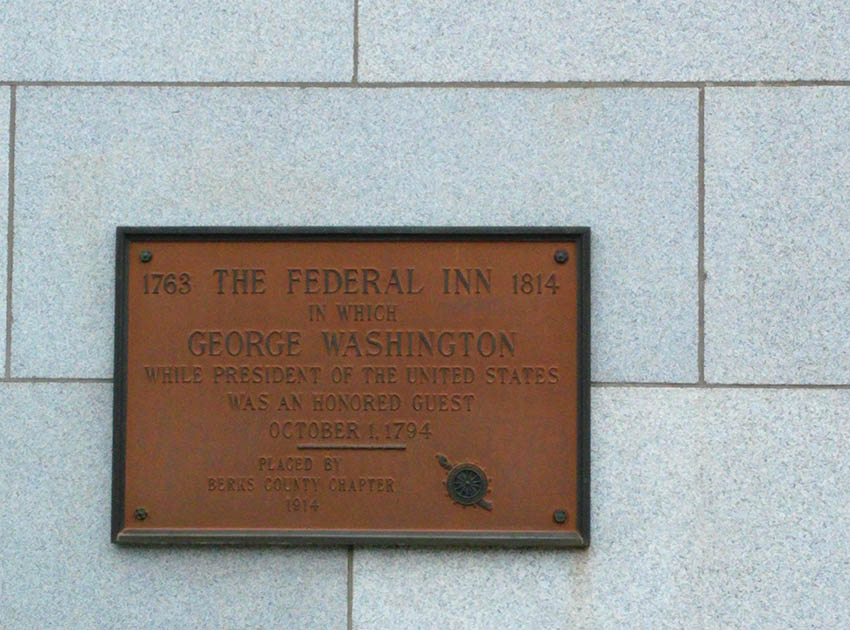 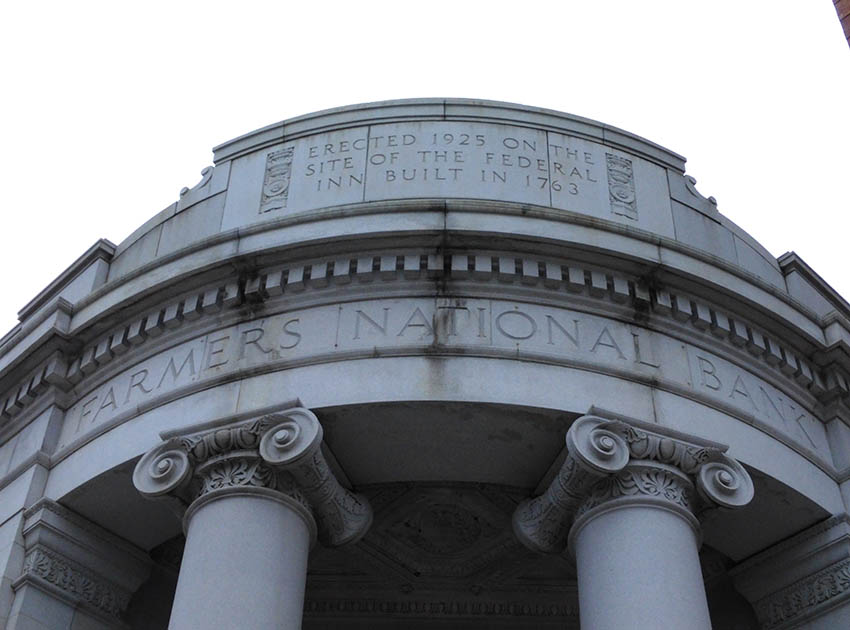