In 1900, the Philadelphia and Reading Railroad began construction of the sprawling railroad shops along North Sixth Street in Reading.  They were the largest railroad shops in America, and unlike most railroads, allowed the Reading to make its own engines. The Reading shops stood firmly at the top of the city’s industrial ranks, employing as many as 3,000 skilled workmen at a time, and earning national recognition for the quality of the great steam locomotives, and passenger and freight cars that had been born in its confines over several generations.

The men and some women who toiled at the shops were fiercely proud of its reputation; and they all could rattle off great engine classes they had helped build at the shops and which could be seen throughout the Reading system – the vast fleet of Consolidation freight engines, the speedy 4-4-2 Atlantics and lanky 4-6-2 Pacifics that hauled the fastest Reading expresses; the thunderous 2-10-2 freighters and, of course, the famous T-l’s.

By the 1900s the colorful years of the Reading’s efforts at expansion, and its period of dominance over the anthracite industry, had come to an inglorious end, partially due to Federal anti-trust laws, and the behind-the-scenes manipulation of the railroad czar, J. Pierpont Morgan.

Nevertheless, the Reading shops on North Sixth Street commenced to turn out new versions of Reading engines. Up through World War II, the Reading shops continued to produce splendid machines, cleverly and effectively created to meet the road’s special needs, until the final ten modern passenger engines – the last such locomotives built for any American railroad – were outshopped in 1948.

Throughout the entire history of the shops, work on other types of rolling stock was also an important part of the facility’s activity. Passenger and freight cars, like the motive power, often was designed and built new, as well as maintained and repaired at Reading. For years after the end of major steam engine work, the freight and passenger car shops continued to employ hundreds of skilled workmen as they repaired, and occasionally, built cars. 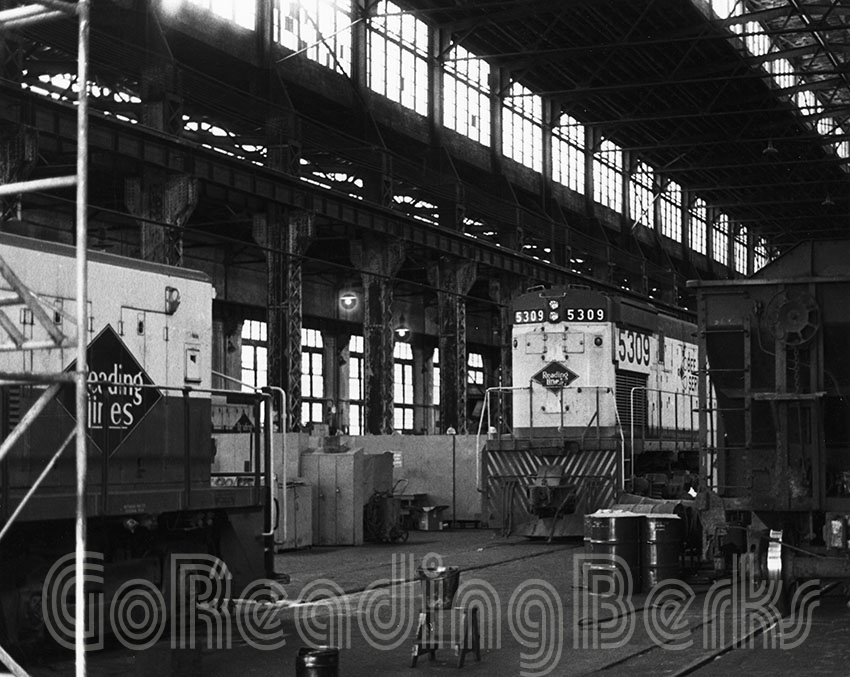 The final special assignment for the Reading facility after Conrail absorbed the Reading in 1976 was the repair and modernizing of cabooses. That kept the freight car shop busy for a few years, until the railroad began phasing out this venerable end-of-the-train crew car as obsolete. Today, much of the complex has either been razed or is empty and abandoned. The largest of the original structures on the 86-acre site, the mammoth locomotive shop, still stands for non-railroad use. For a time there was a movement to convert it into a Reading-Berks transportation museum, with the emphasis on railroading. But organizing efforts by several volunteer groups, although widely supported in spirit, had little success in finding substantial funds that would be required to keep the building from being converted to some non-railroad purpose. 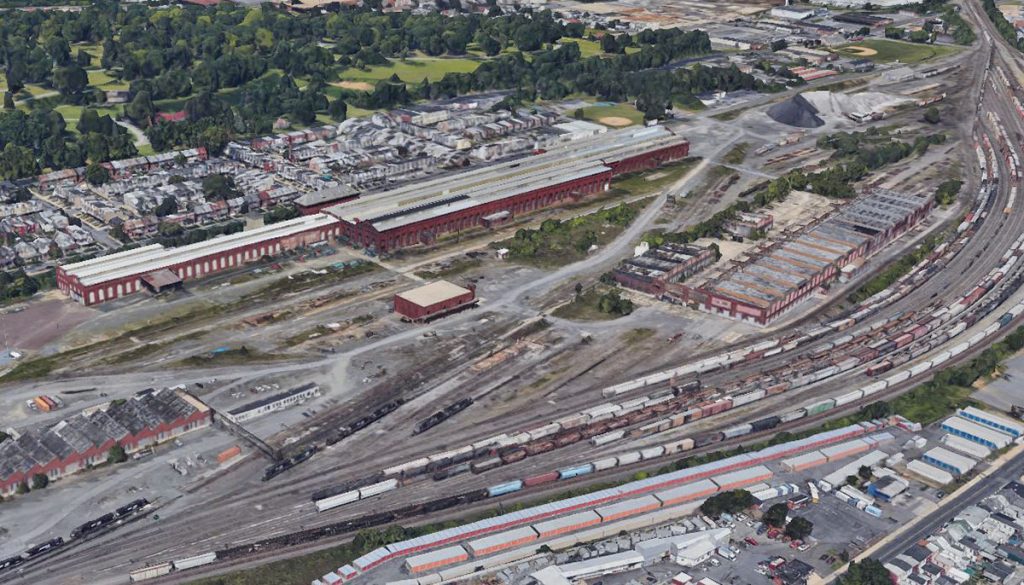