The Prince Historic District was established on May 5, 1982. The backbone of this neighborhood is South Sixth Street (originally called Prince Street). The District extends along South Sixth Street from Cherry Street south to Canal Street and branches out for about a block on either side. Containing more than 800 historic sites, the neighborhood is one of the most densely-developed areas of the City. Basically residential, the area also contains a broad selection of churches, factories and commercial architecture. The buildings are rich in decorative variety, and it is the architecture that gives the area much of its character. Representing a long and significant history, almost three-quarters of the existing buildings were constructed between 1850 and 1890, the earliest period of expansion for Reading’s industries and housing. 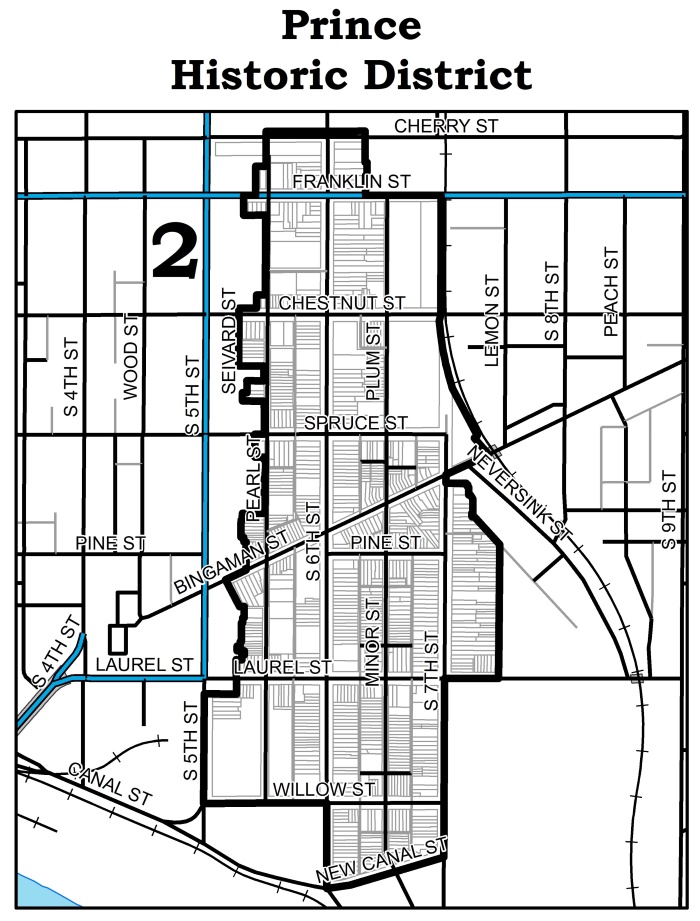 Development of the Prince District began early in Reading’s history. The area north of Chestnut Street was laid out by the sons of William Penn in 1748 as part of the original town. Houses appeared in this area as early as the 1750’s. Bingaman Street was the first section of the road to Lancaster, while the rest of this southern portion of the District was pastureland.

The coming of the canals to Reading in the 1820’s, and the railroad in the late 1830’s, started Reading’s industrial age, which was born in and near the Prince District. Major industries of the area included Reading’s first nail factory and largest hat factory, the factory that produced rope for canal boats, one of the most famous hardware factories in the nation, and the railroad shops where the Philadelphia & Reading Company’s nationally-known and innovative locomotives were designed and manufactured.

The industrial growth attracted an enormous number of people into the neighborhoods surrounding the factories where they found work. Many of these people were immigrants: the southern part of the Prince District was settled by the Irish in the 1860’sand 1870’s, and re-settled by the Polish by the end of the Nineteenth Century, and later by Ukranians and Italians. By the mid-1870’s the Prince area was a self-sufficient neighborhood, fully developed with homes and factories, with a major trolley route on South Sixth Street and a major chopping center — the South Reading Market House. The construction that took place after 1880 added to the District’s urban density and to the Victorian character it still has today.

Below: View of the Prince District. The Reading Hardware Company is in the foreground. Sts. Cyril &, Methodius Church is in the middle. The rear of the South Reading Market House can be seen at the top left. 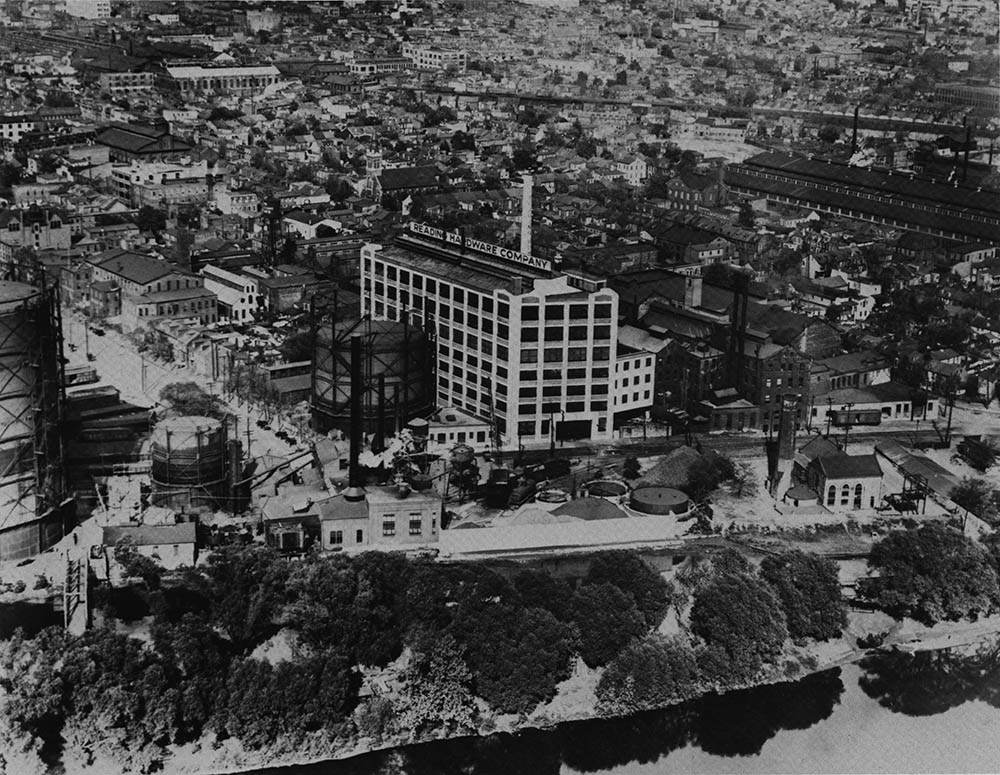 One reason for the District’s visual unity is that only three of Reading’s architectural styles account for nearly 80% of the District’s buildings. However, the changes in these designs through different historical periods and the range of Victorian ornament create a broad architectural variety.

Over 50% of the District’s buildings are in the LATE FEDERAL style, because this was the most popular style for workers’ houses in Reading from the 1840’s until the 1930’s. These homes are typically 2 1/2 stories high with a gable roof and at least one dormer. They are ornamented with whatever decoration was popular at the time of construction.

The ITALIANATE style, which was generally the favorite of the more affluent Victorian families between 1865 and 1885, accounts for 17% of the District’s buildings. A typical Italianate townhouse is three stories high with a flat overhanging roof and a brick facade with elaborate caned—wood and iron details.

The READING-GERMAN style, prevalent from 1885 until 1915, is unique to Reading and makes up 10% of the buildings in the District. A Reading—German house is 2 1/2 stories high with a brick facade and either a gable or mansard roof, and a large single dormer which is flush with the facade. Many feature decorative brickwork and colored glass, and some have ornamental front porches.

OTHER ARCHITECTURAL STYLES provide highlights to the streetscapes. Thirteen different styles of architecture can be found in the District. A number of fine Federal-period houses reflect the District’s early history, while several groups of Second Empire and Queen Anne houses are reminders of the District’s evolution through the Late Victorian Period. Most of the area’s churches arc in the Gothic Revival style. Some of the largest landmarks, such as some of the factories, have Romanesque Revival origins.

One of the most exciting characteristics of the Prince District is its identity as an urban community. The District’s layout is unique. The diagonal Bingaman Street creates unusual architecture conforming to the angles of the intersecting streets. Bingaman Street and the railroad interrupt some of the other streets — Spruce, Pine, Willow — to create short, more private streets that terminate in views of some of the landmark architecture. The narrower streets such as Pearl, Minor and Plum Streets have an intimate scale that complements the modest homes that line them. Alleys, some of them quite narrow, create an interesting and convenient network of pathways throughout the area.

All these elements make up a district that has a unique architectural, historical and urban identity that is not duplicated in any of Reading’s other historic neighborhoods.