I was fortunate enough to grow up in the city of Reading before it lost its small town feel to the outside world. I was born in 1968 so I was able to experience the good throughout the 70s and 80s before Reading had lost 100,000+ manufacturing jobs to foreign countries and other States.

Reading used to have a small town feel where neighbors knew each other and took care of each other. I remember leaving the front door to our house unlocked and never having to worry about anyone breaking in. We could leave our bikes unchained in the front of house until one day in the early 1990s when my friend had her bike stolen right from our very own driveway.

I remember my childhood years. Our summertime was spent in the pool; first our baby pool and then at College Manor as we got older.

We would walk to Earlies Candies at North 15th and Amity Streets for our favorite candy or wait for the ice cream man and then go sit on our front porch glider to eat our ice cream. 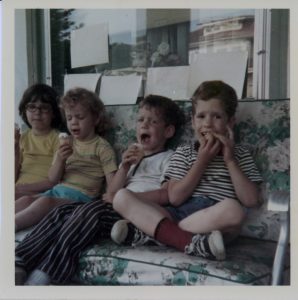 We used to hike to Bernhart’s Lake during the summer months to catch fish while my mom was at home worrying where we were. Sometimes we would spend the day catching crayfish in the fresh water streams that used to run throughout Northeast Reading behind the David Crystal Outlet. This was before Albright College expanded and stripped the terrain of the fresh water streams and trees.

Other times we would just spend our days on the swing set in our backyard. 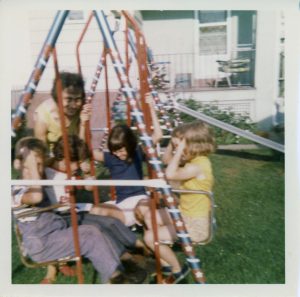 Every summer we went to Dorney Parks at least once. This was when you could still get into Dorney park for free and just buy tickets to ride the rides.

I remember the Blizzard of 1983 which dumped about 36 inches of show on the city of Reading. We had fun building mounds of snow to play on and make igloos.

I lived in the 1500 block of North 14th Street down the Street from Pizza Italia which opened in 1973 and Albright College. Many summers were spent putting quarters in the arcade games at Pizza Italia and eating a slice of pizza or playing baseball in one of the empty fields at Albright College. I remember falling asleep to the sound of the railroad cars crashing together in the Reading Railroad Rail Yards and the sound of the races at the Reading Fairgrounds.  I often wish I was old enough to have gone to the races before the big ugly mall was built on top of the Fairgrounds. 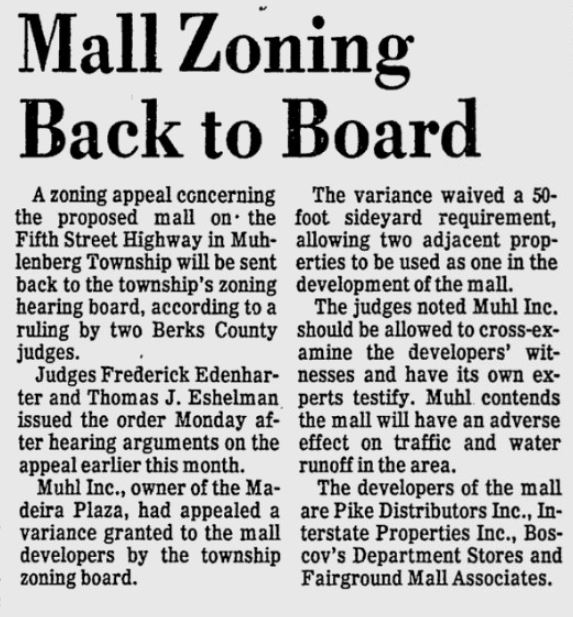 The good times for me ended in the summer of 1983. On July, 29th, 1983 my mom was killed in a freak car accident at the intersection of North 11th Street and Kutztown Road. The brakes of her car failed. The car my mom was driving rolled up an embankment. She tried to get out of the car when it stopped at the top of the embankment, but the car jerked backwards. By the time the car stopped she was pinned beneath the car with the car door across her chest. The worst part about this scene was that I and my oldest sister were there. I was 14 year old at the time and graduated from St. Joseph’s grade school that summer. I started high school at Reading Central High that in September of 1983 which left little time to grieve.

My high school years were mostly spent working a full time job because my mom’s death left us orphaned. My father died in 1972 and my mom never remarried. The money I was supposed to get from Social Security was stolen by a guardian who was supposed to looking out for the welfare of me and brother and two sisters. I graduated from high school in 1987 with no one to cheer me on. 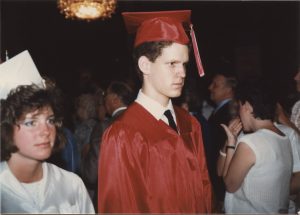 After high school I tried applying for jobs but by that time Reading was losing jobs to foreign countries by the tens of thousands of jobs. I wasn’t lucky enough to get a job at Cartech or Dana through connections with my parents because they were dead, so I started delivering pizzas. I delivered pizzas throughout the 1990s. It was at this time I started to witness the fast decay of the city. I delivered pizzas to the Northeast part of Reading from Greenwich Street to the Northeast and Northwest. The neighborhoods were very safe when I started but soon the cheap housing attracted people form Philly and New York and soon a massive amount of drug dealers filled the streets. Soon after the crime got bad, and Reading had lost its small-town feel. The outlets vacated the city after the crime got so bad that no one wanted to enter the city.

In 1999, a friend of my mom told me to get out of Reading and move to Virginia which had plenty of jobs in the defense industry. So that is where I headed in the year 2000 and where I have been living ever since.

Every time I visit Reading I am reminded by the good times I had as a child but see the city continuing to decay except for a few redevelopment programs to revitalize some old buildings. Unfortunately, it is not enough to stop the decay. The last time I traveled back home I didn’t even go into the city like I always did in the past. I stayed at a friend’s house in Temple, PA.

On my way back to Virginia with my wife this past summer while I was driving down what I call the Road to Nowhere I glanced off to the left and pointed to the city telling my wife, “That was Reading.” My hearts breaks every time I am reminded of how good Reading used to be. Reading has changed but it still holds a special place in my heart.