Ramon Lago was a well-known, respected artist and sculptor whose works have been exhibited both nationally and internationally.

Ramon Lago was born in Cuba and brought to the United States of America at an early age.  Lago also lived in New York before he moved to Reading. He became a Berks County resident in 1970 where he lived for over twenty years. After relocating to Reading, he moved into a house in Oley where he continued his work as a sculptor.

Lago attended the Art Students’ League in New York City. He crafted and developed his unique gift under well-known artists Nathan Katz and Jose De Creft. Lago was also the youngest member of The National Academy Design. Lago owned and operated a casting studio and taught at Cooper Union in New York City. He also taught at the Wyomissing Institute and the Reading Area Community College. Lago received many awards for his amazing work throughout his career. His collections are displayed in New York, New Jersey, Pennsylvania, and Southeast Florida.

Locally, Lago created the turtle statue, the Distelfink at the Berks County Heritage Center, and the Peace Dove in City Park.

The “Peace Dove” sculpture in Reading’s City Park is described as “A monumental dove sitting in nesting position with head lowered, wings closed, and tail dipping forward. The bird sits atop a large limestone boulder, places atop stacked pile of stones.” Ramon Lago, crafted it out of fiberglass and marble in 1974.

Below: Ramon Lago with his sculpture in City Park, 1970s. 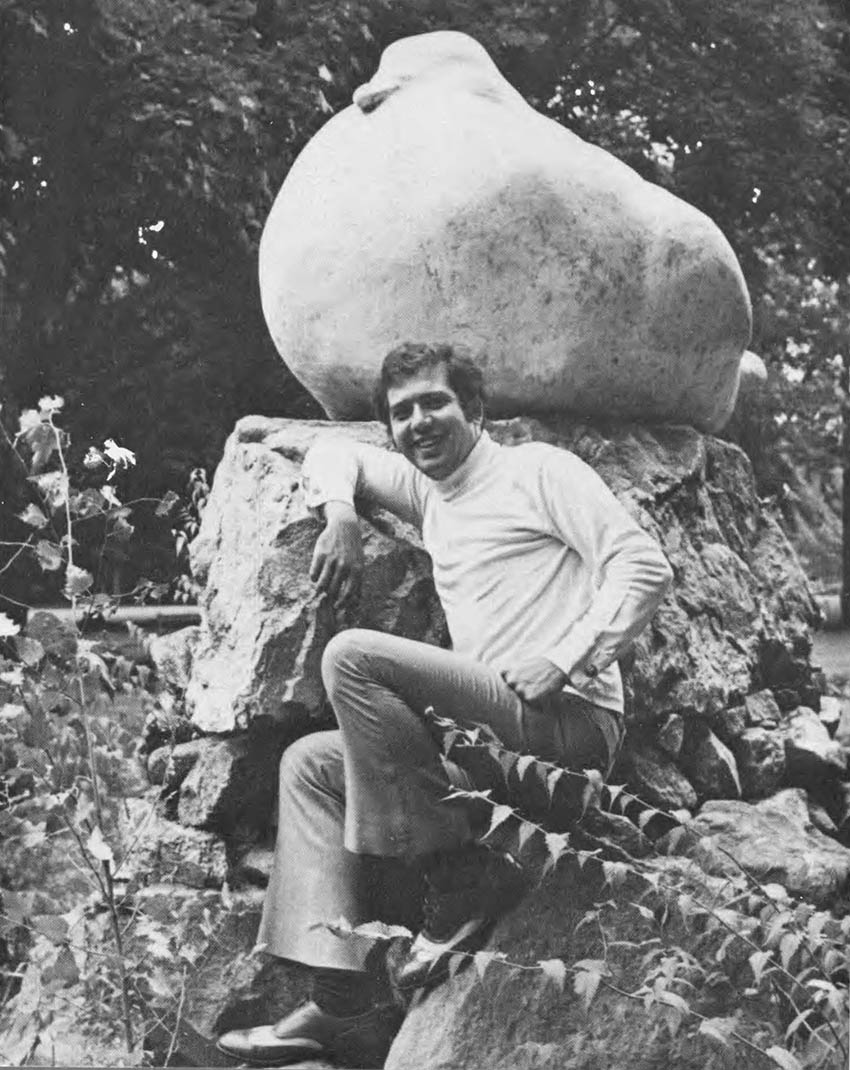 Below: Tully the Turtle at Gring’s Mill. 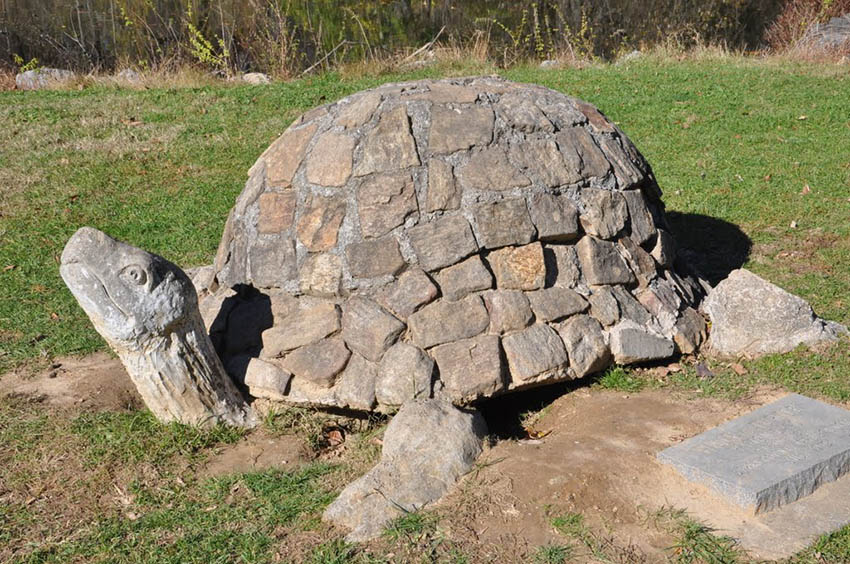 The Distlefink is an example of Pennsylvania Dutch art. The statue was created by Ramon Lago in 1984. It is approximately 6 ft. tall and 11 ft. long.

Below: Distelfink at the Berks County Heritage Center. 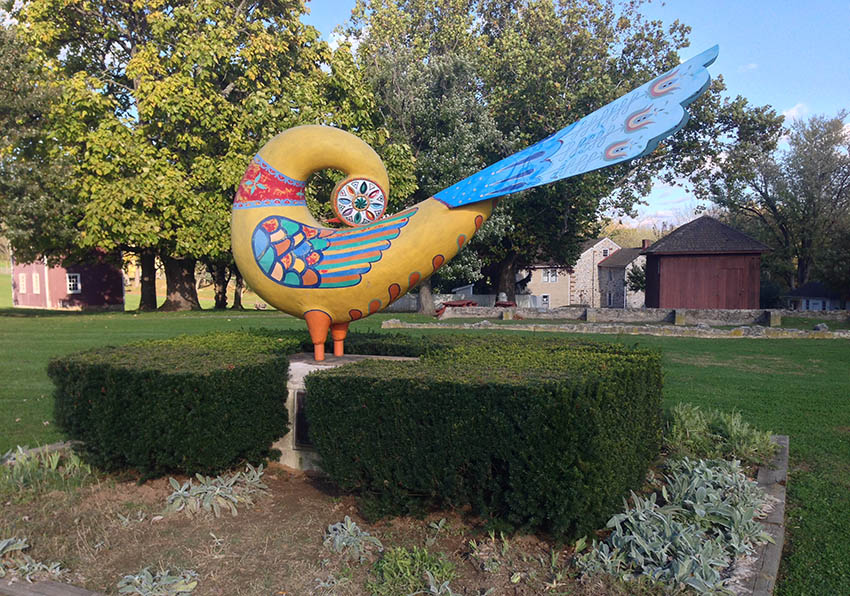 When the early German immigrants arrived at their new homes in Pennsylvania, they identified the small field finch found here with a similar European bird call the Distlefink, which translates to Thistlefinch.

Folk art that grew out of that period used motifs common to the everyday lives of the “artists”. Flowers, fruit, animals, and birds were used to decorate all manner of furniture, tools, and records kept on paper within the German community.

The Distlefink, a happy, bright bird was a popular choice, and came to represent happiness and good luck.

As the folk art movement spread to other communities, the Distlefink was represented in different proportions and colorations; this design and color has been researched as authentic of the early versions.

Ramon Lago passed away on May 16th, 2018. A group of friends and family gathered at the Tully the Turtle statue in Gring’s Mill Thursday morning, August 2, 2018, to spread the ashes of the late sculptor Ramon Lago.