Holy Guardian Angels Roman Catholic Church, Hyde Park, was established in 1929 for a group of Italian immigrant families who settled in Temple in the early 1920s. The nearest Italian Catholic church, Holy Rosary, located in Reading was about five miles away and because of limited transportation, it was difficult for the families to attend Mass. When the men in the community asked the Archbishop of Philadelphia for a church in Temple, the request was denied due to an insufficient population. The men then asked if they could build the church themselves and the diocese approved the plan in 1925.

Initial plans for constructing a church were developed at a Temple grocery store owned by Domenic Tomasini, trustee of the project, along with Settimio DeSantis, James Giamotti and Samuel Savini. Construction of a small chapel dedicated to St. Anthony was begun in 1925 and completed in 1926 on Eighth and Columbia avenues. 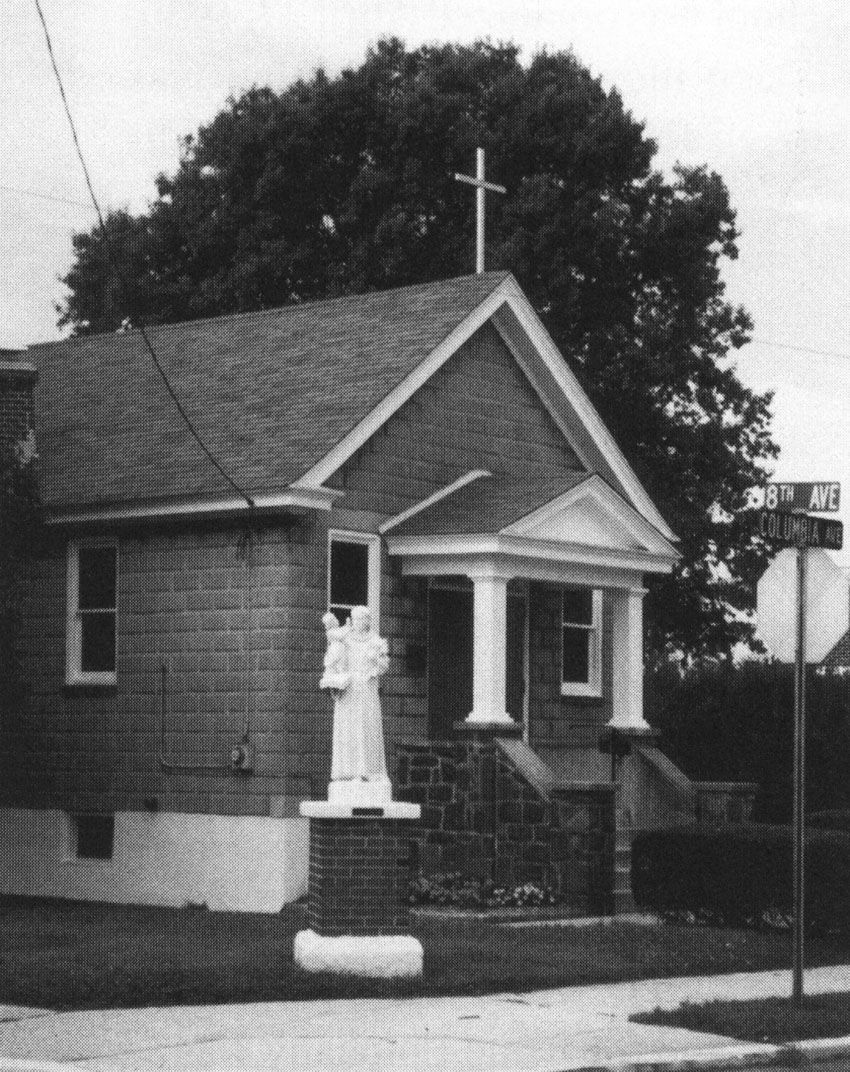 Priests from St. Joseph Hospital and the Missionaries of the Sacred Heart in Hyde Park served the chapel, along with the pastor of Holy Rosary, the Rev. Dr. Eugene Marchetti. But, the lack of a fulltime pastor prevented the establishment of a parish church.

In November 1929, the dream of a permanent church was realized when the Archdiocese of Philadelphia announced the formation of a parish, Holy Guardian Angels. The first pastor was the Rev. Frederick F. Lanshe and he celebrated his first Mass at St. Anthony’s Chapel on Nov. 23, 1929.

A home at 3120 Kutztown Road, Hyde Park, once owned by Florin Herb was donated by parishioner Emma Herbst for Lanshe’s residence. The home also served as an additional chapel.

On Sunday, July 14, 1930 , the Reading Men of Malvern held a field Mass in Gethsemane cemetery to aid the church. The field mass, sung by high dignitaries of the Catholic Church, was attended by hundreds of local Catholics. Many more listened to the services, broadcast over WRAW. Sponsored by the Reading Men of Malvern, whose members periodically attended laymen’s retreats near Philadelphia.

On a raised stand in an open plot of the cemetery along Kutztown road, the altar was placed. A guard of honor composed of members of the Fourth Degree Assembly, K. of C., escorted the priests who officiated from the rec­tory of the church to the altar and formed a procession after the mass.

The mass, the first ever broadcast in Reading, went on the air at 9, after a brief introductory. Solemn high mass was sung by the celebrant. Rev. Fred­erick F. Lanshe. Rev. S. J. Sweeney. S. .J., pro­curator of the Novitiate of St. Isaac Jogues, near Wernersville, officiated as deacon, with the Very Rev. Christian Jennsen. M. S. C., provincial of the missionaries of the Secret Heart, from Westphalia, Germany, officiated as sub-deacon.

A complete account of the mass was given over the radio by Rev. John N. Wachter, rector of the Sacred Heart Church, Wyomissing. He explained, as it was being sung, every part of the mass announcing in English what the celebrant was saving or singing in Latin. Daniel F. McKenna, grand knight of Heading Council Knights of Columbus, was the official announcer of the mass, collaborating with Father Wachter in giving the account. The service. which was in full view of passing automobiles along the road, attracted many visitors.

In Nov. 1930, on motion of Attorneys Harold J. Ryan and Daniel C. Donoghue, the latter of Philadelphia, Judge Shanaman granted a petition allowing Cardinal Dougherty, as trustee for the congregation of St. Paul’s Catholic Church, to convey to himself, trustee for the congregation of Holy Guardian Angels Parish, Hyde Park, a tract of land at the southwest corner of Gethsemane Cemetery.

On Sunday, June 7th, 1931, a groundbreaking ceremony was held at 11:15 am for a $30,000 new church. The general contract was awarded to the Fink Construction Company, of the city of Reading. G. C. Freeman was the architect.

The building was constructed of rough lex brick, and all the trim was fox-croft. The new building contained a so­cial hall with a capacity of 350; a church auditorium with a capacity of 450, and a school floor of four class rooms. The building was 78 feet long and 57 feet wide. The church, was distinguished by English Normany architecture. The pastor, Father Frederick F. Lanshe, endeavoring to make the church a memorial one, secured donors for the main altar and two side altars, the eight windows and seven stations of the cross.

On Nov. 8, 1931, a dedication ceremony was held at the new combination church and school building with D. Cardinal Dougherty, archbishop of Philadelphia, presiding at a solemn high mass. Rev Msgr. John J. Bonner, D. D., of Philadelphia, delivered the sermon. 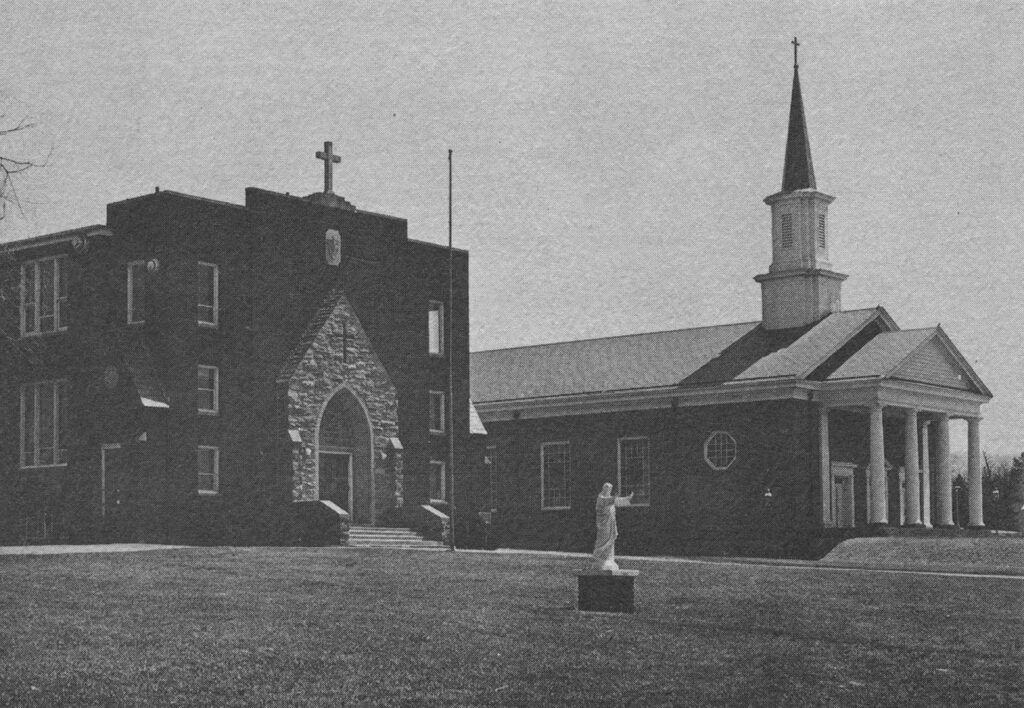 By 1933, the parish had grown large enough to support a school. The Missionary Sisters of the Sacred Heart provided staff and Sister M. Amabilis served as principal. A grade level was added each year for the next three years, with the first eighth-grade graduation held in 1936.

With the completion of a new $700,000 Colonial-style church on additional land in 1963, the entire original church building was converted to school use. The church, with a capacity for 700, was designed by Paul U. Koch of Reading. The general contractor was C.H. Schlegel and Son. Prior to the construction, the church began its association with the newly formed Diocese of Allentown in 1961. 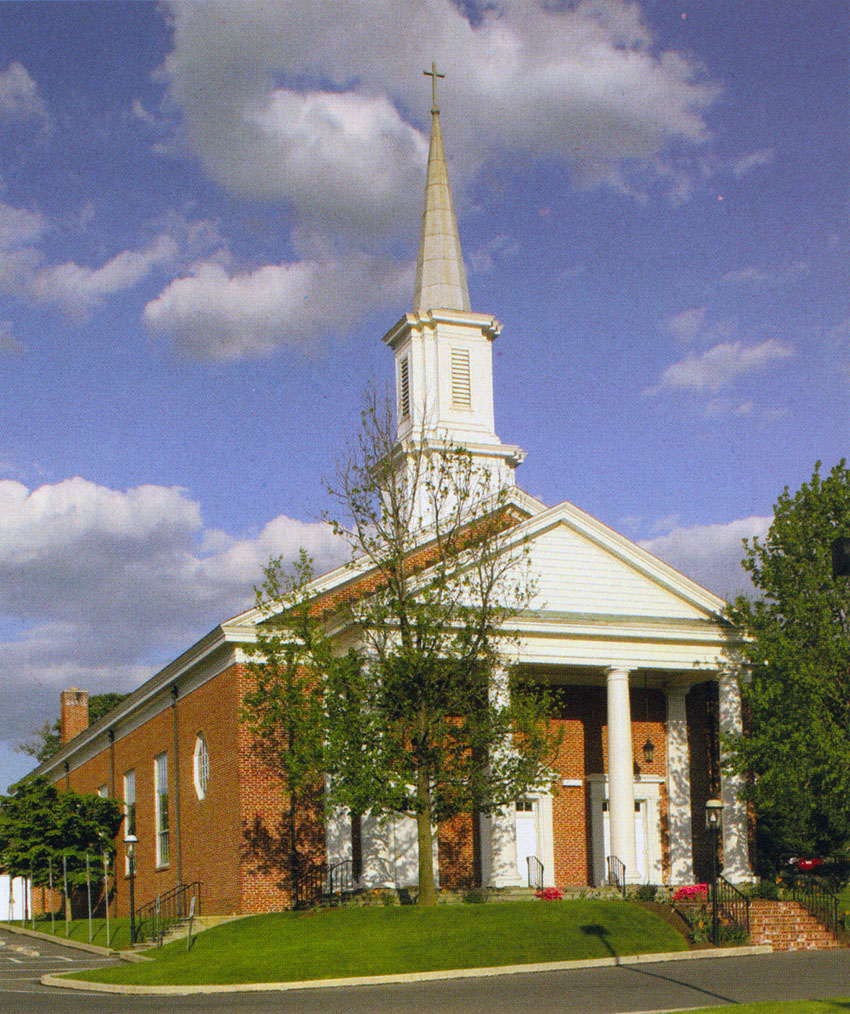 The HGA Women’s Club was established in 1956. The club, now the Home and School Association, bought supplies for the school and purchased items for the church, including the organ.

In 1960, a son of the parish, the Rev. E. Michael Camilli, was ordained in Rome and celebrated his first Mass at Holy Guardian Angels.

In the 1970s, the Boosters Club was formed to support athletic and extracurricular activities of the parish youth. Boosters members and parishioners renovated the school hall in the mid-1970s.

In December 1978, ground was broken for the rectory, which replaced the priests’ residence and parish office at 2928 Kutztown Road. The $500,000 structure was erected by Dolan Construction Inc., Reading. The rectory was completed in 1979.

In 1981, the parish school opened its first kindergarten. In 1984, Philip J. Fromuth became the first lay principal of the school. In 1985, the old school underwent its last expansion with the construction of an addition at the front of the building.

In 1992, Monsignor Francis X. Barrett became the sixth pastor of the parish. He established a parish council to let parishioners participate in critical decisions. He also oversaw the establishment of a Parish Facilities Planning Committee to develop a plot plan for the parish property and assess needs.

In 1998, the Rev. Dennis T. Hartgen became the pastor upon the retirement of Barrett. In 1998 and 1999, the congregation decided to build a new school on the existing site. The parish applied for a loan from the Diocese of Allentown and began a capital campaign to fund the $6 million project. The builder, Schlegel, was the same contractor who built the church in 1963.

The groundbreaking for the education center was held in 2000 and the building was completed in 2001. In June 2001, the old church and school were demolished after a decommissioning ceremony. 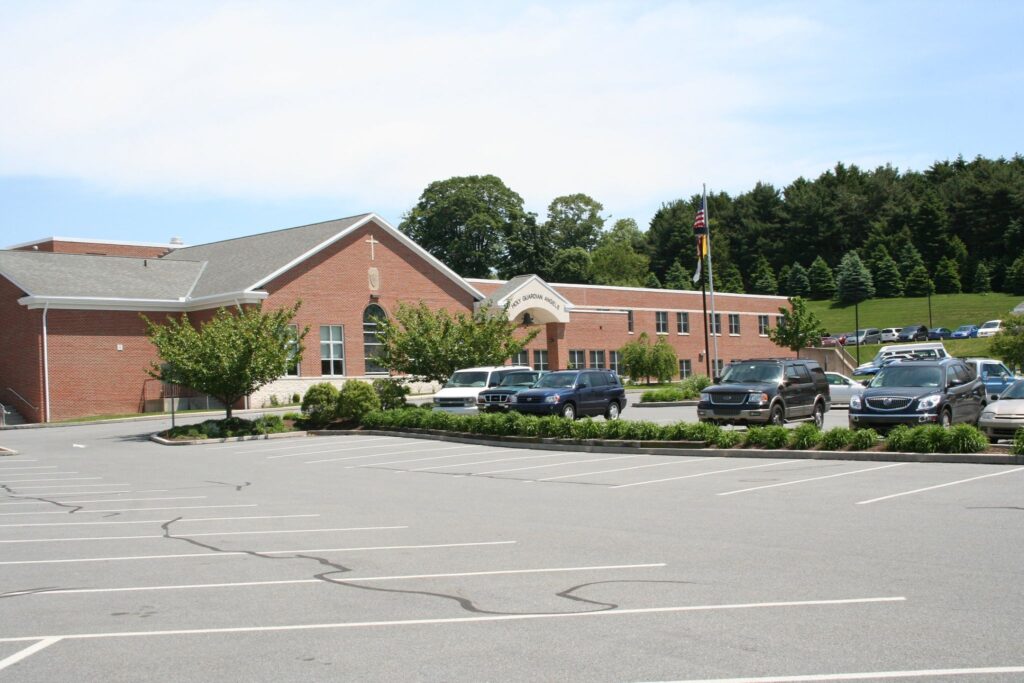