Roadside America, known as the “world’s greatest indoor miniature village,” announced November 21, 2020 that it is permanently closing after 85 years in business.

The creator, Laurence T. Gieringer, started building some of the pieces of the miniature village in his small home in Reading in 1903. For the next 36 year he kept building, occupying most of his free time, until the miniature village had grown to more than 100 buildings, over 1,000 figures both human and animal, and hundreds of lights. By that time Gieringer had relocated the display to a larger home at 340 N. 9th Street, Reading, and opened the display for public view in his home.

In the 1940’s, Gieringer started constructing the facility in Shartlesville and renamed the miniature village “Roadside America” since the display now encompassed scenes from various places in Berks County. The new location opened in 1953.

Below: Gieringer works on the Shartlesville facility in the early 1950s. Roadside America has decades of original photographs, documents, and published work and plans on keeping all of Laurence’s original paintings, as well as a few select pieces from the display itself.

Roadside America is planning an auction that will consist of all display pieces, including buildings, bridges, figures and animations. 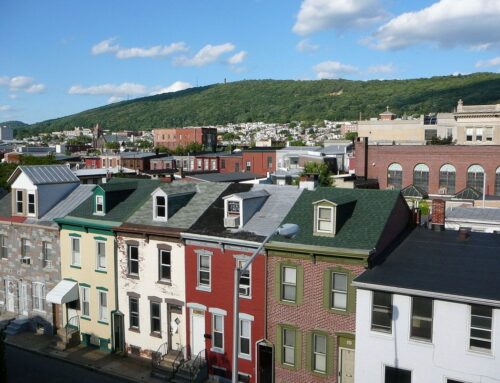