It was the 14th institution to be established since passage of the Community College Act of 1963, and was sponsored by the Reading School District. The sponsor appointed an eleven-member Board of Trustees whose responsibility was to bring the college into existence and supervise its administration.

The first “home” was in the Northmont Elementary School at Bruckman and Freemont streets. Prior to that, the administration worked out of the Reading Motor Inn. As the enrollment increased, the college had classes at the Schuylkill Avenue, Riverside and Millmont elementary schools as well as at Reading High School. In 1974, the Wilson school district became the first to offer its facilities for off-campus courses when it approved the use of 15 rooms since there were many Wilson residents enrolled at the college.

Later in the year, a facilities impact study suggested the college consider renovating the Riverside school or establishing a completely new campus.

During these discussions, the Reading “Y” building also was given serious thought.

Eventually, the Riverside campus, the site of the former Holiday Inn, was chosen for development. This is the present location of the college and has been since 1978.

As the college grew, other schools, such as Millersville, Kutztown and the Capital campus of Penn State University, agreed to accept transfer credits from RACC.

With increases in budgets, efforts were made to encourage county districts to become joint sponsors, but this was to no avail.

In 1973, a move was made to have Schuylkill County become a co-sponsor, but this was eventually shot down, with the primary opposition coming from the Manufacturer’s Association of that county.

During that period, several off-campus courses were offered at St. Francis Orphanage in Orwigsburg.

At one time in 1974, a city councilman suggested the possibility of a joint community college and civic center that would be constructed at Eighth and Penn streets.

Other ideas floated were to use the top deck of the Franklin Plaza parking garage for modular classrooms as well as the possibility of sharing facilities existing at Penn State-Berks Campus.

The first commencement was held at the Abraham Lincoln Hotel in May 1973, with 55 graduates, 35 of whom were Reading residents.

By the fall of 1988, enrolled credit students numbered 1,640 and more space was needed. RACC purchased 10 acres of land between its campus and the Schuylkill River that was used primarily for parking.

Below: Aerial View of Reading Area Community College before Expansion. In June 1989, the East Shore Office Building, now named Penn Hall, was purchased to serve the growing student body that expanded to 3,231 credit students by the fall of 1994. Approximately 12,000 non-credit students are also served each year. Classes are conducted at Boyertown, Exeter, Hamburg, Muhlenberg, Reading and Wilson High Schools, the Reading-Muhlenberg Vocational Technical School in Berks County and at several other community sites.

In 1992, Reading Area Community College launched its first capital campaign to secure private funds for a new library. The campaign goal of $1,750,000 was exceeded and $2,739,000 was raised for the project. Those gifts enabled the college to go beyond the original basic facility and include additional educational equipment and laboratories. With the matching funds provided by the Commonwealth of Pennsylvania, a $7.54 million library was constructed.

The Yocum Library, overlooking the Schuylkill River, opened in March 1996. It includes conference rooms and a humanities center. This distinctive addition to the Reading skyline serves as the landmark building that marks the gateway to the city. The college completed a campus expansion plan that transformed it into an attractive city-based campus. Below: The Miller Center for the Arts, located on the campus of Reading Area Community College, has become an anchor in the city of Reading’s cultural landscape. Below: The Schmidt Training and Technology Center provides customized training programs that adjust to the changing needs of employers. Training programs based on employer needs use evolving instruction methods and technologies that are highly individualized. 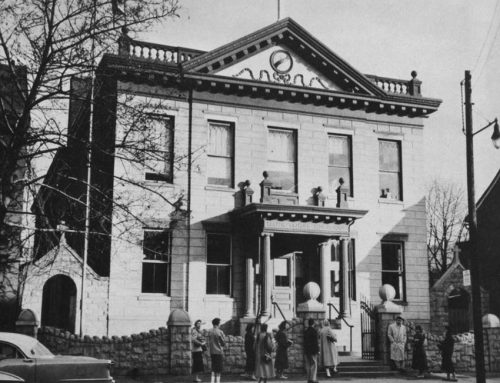 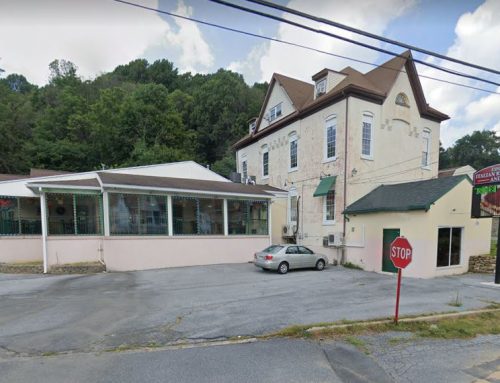 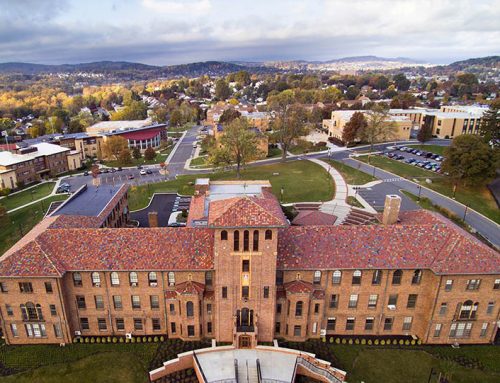 A convent and orphanage for the Bernardine Sisters and Alvernia University 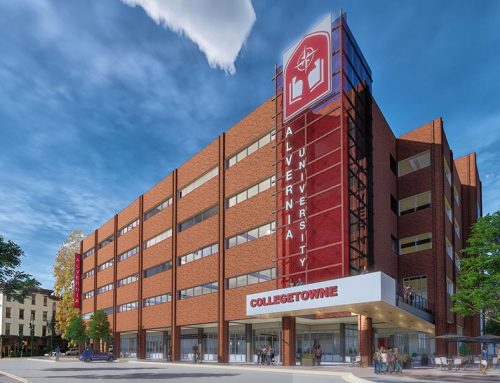