The tradition of the fire truck parade on Penn Street dates back to the turn of the 20th century. It is not known exactly when these parades began on a regular basis. However, they may have started with the tradition of driving a new piece of fire equipment up and down almost every street in Reading. The fire companies were proud of their new equipment and even made the journey through Reading in several inches of snow. This tradition was honored well into the 1970’s and was finally halted after lack of support by the citizens of Reading.

For many years the fireman’s parade was held on Memorial Day. All of the city’s fire companies would line up between 5th and 6th Streets on Penn for inspection by the general public. The Rainbow Fire Company was usually the first one in line. After the inspection there would be an enormous parade and demonstration of the fire equipment. 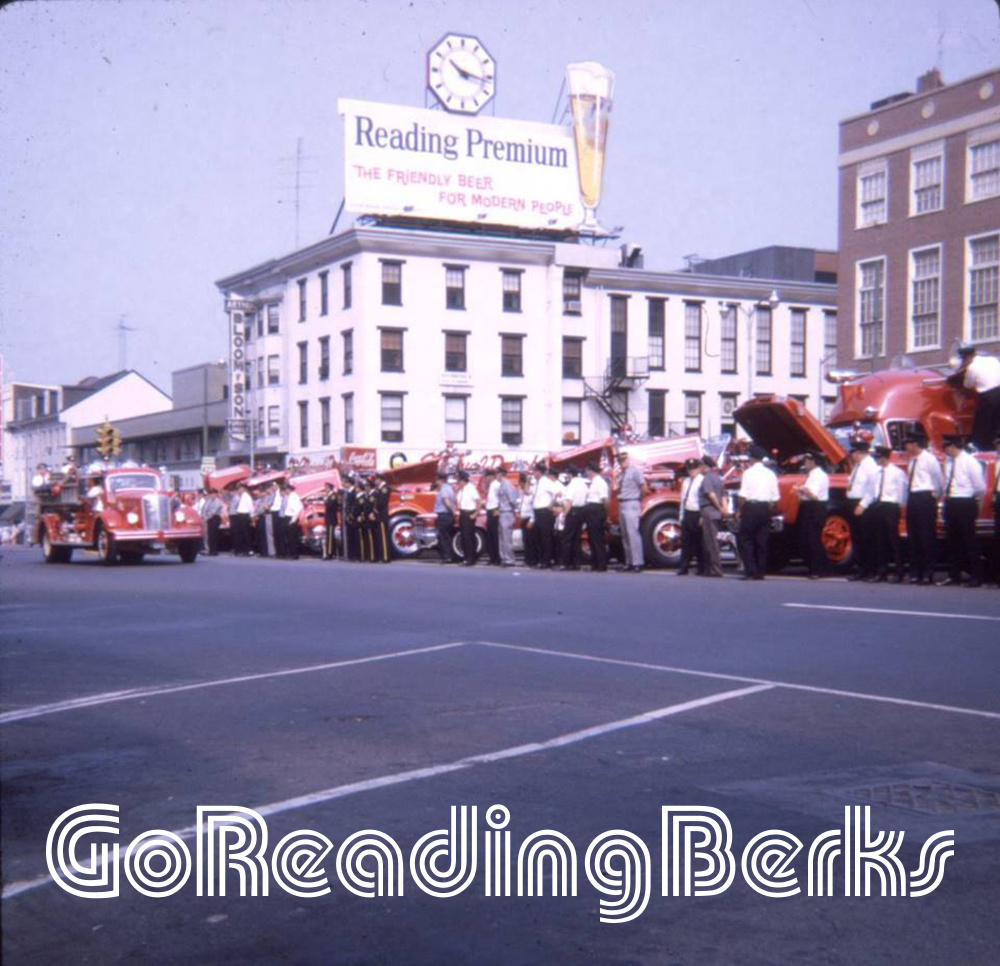 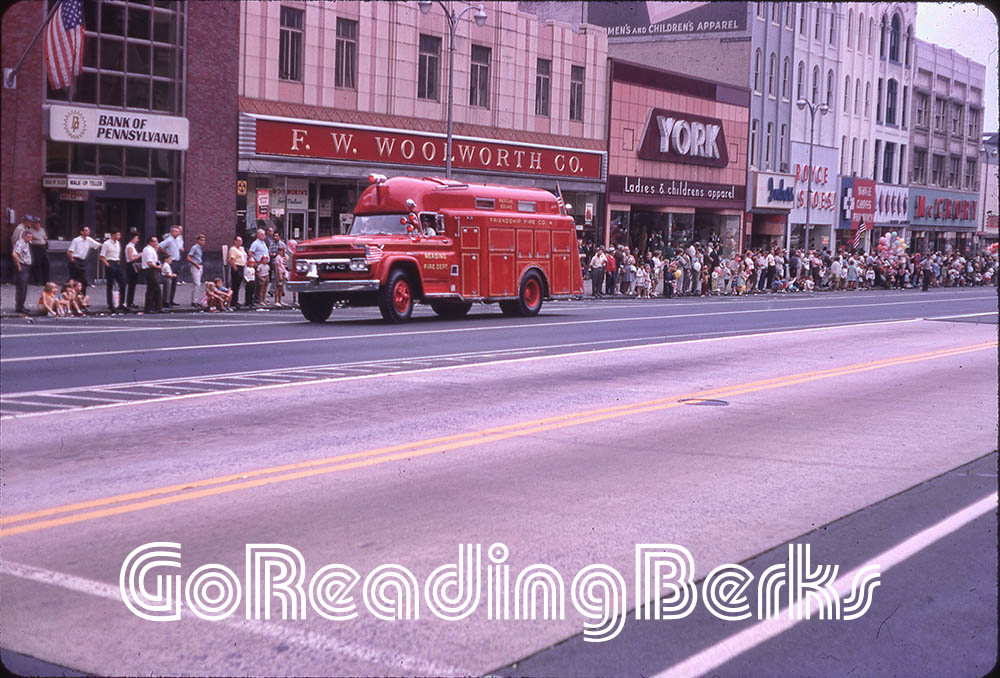